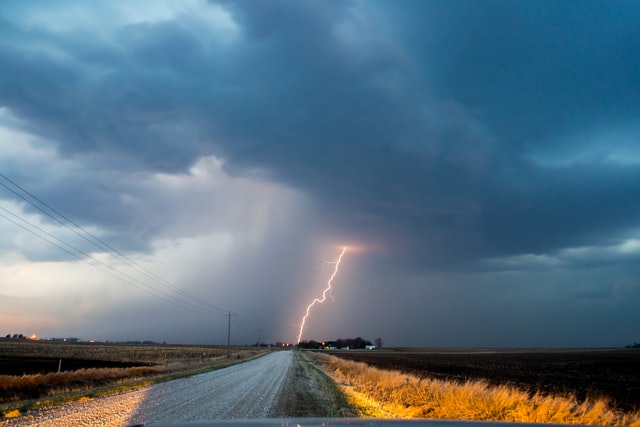 If an open source project like Kubernetes can change the entire cloud computing industry within five years, then open source could change how the financial industry makes investment decisions around climate change as well — and do it fast.

This is the reasoning behind the Linux Foundation Climate Finance (LFCF) Foundation — a partnership between the nonprofit foundation behind the Kubernetes project and an alliance of financial firms, large cloud providers, and nonprofit organizations.

LFCF aims to build an open source data analytics platform that uses artificial intelligence and machine learning in the cloud to crunch the massive amounts of data that investors need to calculate the climate risks and opportunities in their portfolios. Such a collaboration is needed to raise the estimated $1.2 trillion in investment per year in order to meet the Paris Climate Accord targets for curbing climate change by 2050.

With better data and modeling, investors will be able to assess the climate impact of their investments and the potential risks involved. They will more freely lend to or invest in companies and asset classes that help lower carbon emissions as well as hold the companies they invest in accountable for meeting climate goals.

“There are a whole lot of data resources, but many of them aren’t accessible or really usable by investors,” said Truman Semans, CEO of the resulting OS-Climate platform and a project lead on the LFCF. “And for that reason, a lot of investment decisions aren’t taking into account the data related to climate risk or opportunities that would cause money to move.”

Drawing on their familiarity with open source, OS-Climate and its partners circulated the idea of addressing climate change through open source among IBM President and former Red Hat CEO Jim Whitehurst and other leaders in the open source community.

“What we got was a clear, strong confirmation that the methodologies that have been developed in the tech sector to build, for example, the Linux operating system, Kubernetes, et cetera, was a close match with the types of problems and the types of solutions needed for climate-integrated investing,” Semans said in an April webinar pitching the project to financial firms.

The new open source project has two major components: the modeling and analytics software, and the data that feeds it. On the analytics side, LFCF is starting with three separate code bases: one that provides top-down modeling on how climate change affects the economy and various asset classes, one that uses bottom-up modeling to see how individual companies will be affected by climate change, and one that provides the ability to simulate an investment portfolio using a mix of climate factors and investment options.

On the data side, LFCF will be drawing on public data sources as well as new donations of private climate data from Amazon and Microsoft that will be publicly available through the project, under an open source license.

The goal is to integrate the various pieces of software and open data to develop a platform on which financial companies can build commercial tools for assessing risk and opportunity in their investments.

The Linux Foundation is forming the project with founding members Allianz, Amazon, Ceres, S&P Global and Microsoft and with support from the Sustainability Accounting Standards Board (SASB) and the World Wide Fund for Nature (WWF), among others.

“It’s really hard for one organization to go do this on their own. Truman’s pulled together a number of stakeholders that have a common interest in advancing solutions to actually address climate change, albeit indirectly through the investment side of it,” said Mike Dolan, senior vice president and general manager of projects at The Linux Foundation. “On its own, it may not have a viable business case. But as common plumbing that enables investment bankers and capital managers to make decisions, there’s a ton of value there. And they’ll go and hopefully make money on other areas of this, not necessarily on the software itself.”

The infrastructure behind this project is not yet fully determined, Semans said. But given the participation by two of the major three cloud providers, the platform will be cloud-agnostic by necessity.

Microsoft is donating data it has gathered in order to meet its own corporate sustainability goals to be carbon negative by 2030, as well as to remove all the carbon the company has emitted since its founding by 2050. The LFCF is one of the first projects in Microsoft’s open data campaign, which launched in April with the goal to create 20 data collaborations by 2022.

“We have quite a bit of really rich data that we think is going to help not only in those [corporate initiatives] but also in collaborations such as the climate foundation,” Jennifer Yokoyama, deputy general counsel at Microsoft, said. “It was our commitment to really, in a meaningful way, help close the data divide that we’re seeing, and to make sure that AI is not going to be kind of controlled by the companies with the most data, and the most data scientists.”

Microsoft may also eventually become an end user of the platform, Yokoyama said, depending on how the project evolves — although large corporations with data access and the means to analyze it are not the primary target users of the LFCF project.

Trends in Finance and Data Lead to Open Source

The data divide between large corporations and smaller investment firms, government, and climate scientists is tremendous. Smaller firms and organizations in developing countries often can’t build a platform on their own, nor can they access the data necessary to build sophisticated modeling tools to assess climate risk at a global scale.

The rise of data science and its supporting infrastructure is one reason that financial firms have begun to take more interest in open source in recent years, Semans said. Open source use among financial firms increased 29% between 2019 and 2020 alone, according to The New Stack survey on open source in the enterprise, conducted with the Linux Foundation’s TODO Group and VMware.

“Part of our evangelism is to bring that same uptick [in open source use] to the front office, to the investment professionals, analysts and the like,” Semans said.

Also underlying the climate foundation effort is a trend toward open data and its convergence with open source software and standards. Three years ago, The Linux Foundation developed an open source Community Data License Agreement (CDLA) in response to the need for companies to share data as well as code. Microsoft, too, has released its own Open Use of Data Agreement (O-UDA) for this same purpose. The reason: a standard open source software license does not map well to data, Dolan said.

“Companies want to be able to take data, use it for something, do some sort of manipulation or calculations on that data and know where their proprietary rights end, and where the open data license begins,” Dolan said.

The Linux Foundation is not limiting its scope to infrastructure projects, but is developing open source projects up and down the software stack. Nor is the foundation limiting itself to open source software when it comes to solving society’s toughest problems.

“I think it’s a trend that will continue. We’ll see a lot of blending of what used to be discrete collaboration around data or standards or specifications,” Dolan said. “But we’re working on one common output. I don’t care if it’s a specification, if it’s a database, if it’s whatever. Let’s build what we need to in order to get the right plumbing in place.”

Feature image by NOAA on Unsplash.