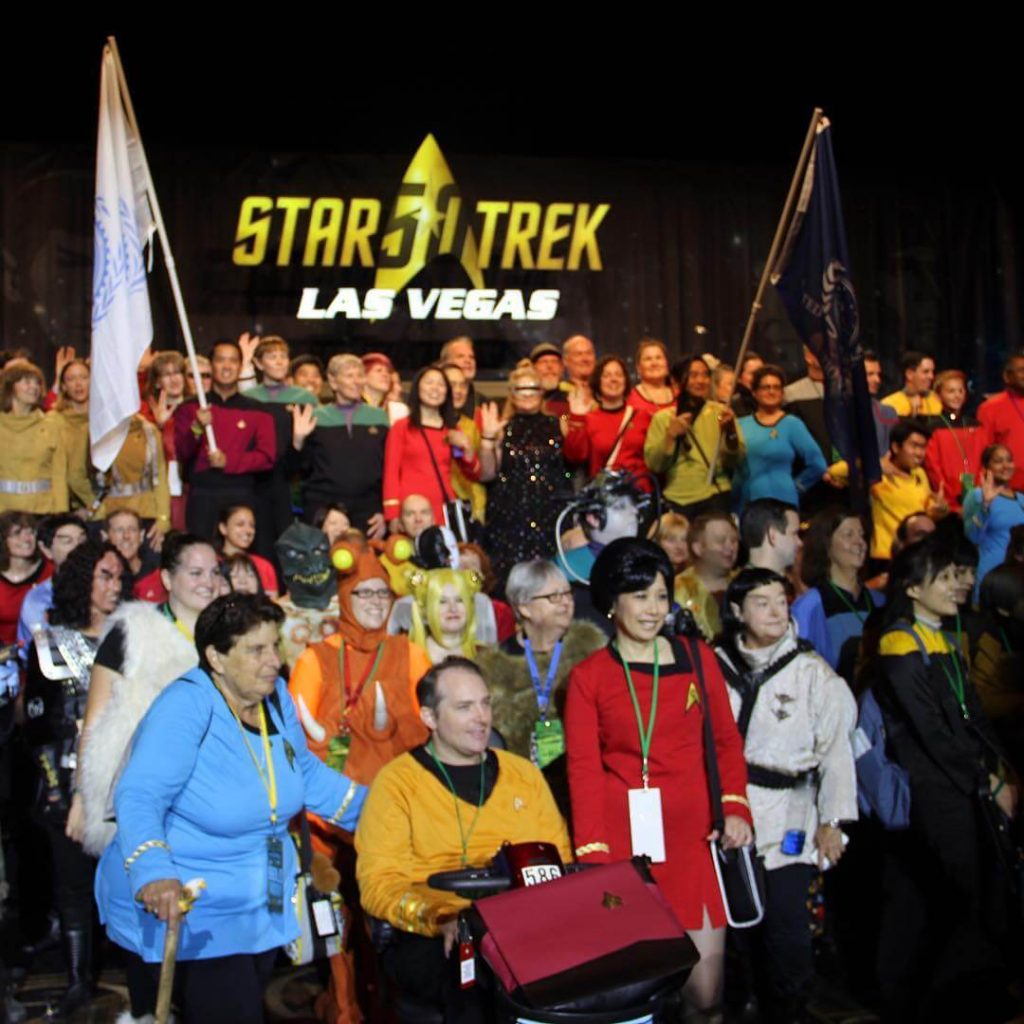 The 50th anniversary of “Star Trek” is approaching at warp speed, and it’s triggering some galaxy-sized celebrations.

Last week, fans gathered in Las Vegas for a very special Star Trek convention. While the show’s official anniversary is September 8th — a half century from that fateful day when CBS broadcast the very first episode of the original series — the convention’s organizers had assembled a massive roster of celebrities and crew members to meet their fans and share memories. It may represent geekery’s highest summit — or at least, an important milestone in the history of science fiction television.

By all accounts, a splendid time was had by all.

By now there’s been a different “Star Trek” TV series for each of the past five decades (if you count that animated “Star Trek” cartoon that ran from 1973 to 1974) — with six shows in all, as well as 12 movies in those 37 years between 1979 and 2016. So this convention had something to offer fans of all ages. Tickets quickly sold out, and on a hot Wednesday afternoon in Las Vegas, a costumed mob began descending on the Rio Suites hotel to meet their heroes.

And because the convention was held in Las Vegas, someone even came as Star Trek Elvis.

The convention ran through Sunday — from August 3rd through August 7th — and the organizers had arranged several special events. Adam Nimoy hosted a tribute to his father Leonard, who’d played science officer, Mr. Spock, and there was also a giant poster that fans could add their signature to remembering Anton Yelchin, the actor who’d played Chekov in the newest Star Trek movie, who was killed in a car accident just months before the convention. There was also a special exhibit with painted tributes to the entire run of the series called “Star Trek: 50 artists. 50 years.” And there was also a lively break-out session demonstrating how to apply Borg makeup.

But the biggest draw was probably the show’s actors. 6,000 people listened as 85-year-old William Shatner discussed his career — and not just playing Captain Kirk on Star Trek. He says sometimes he still messes with flight attendants by calling them over and looking out at the wing of a plane as though there’s a gremlin on it — like there was in his 1963 “Twilight Zone” episode, “Nightmare at 20,000 Feet.” 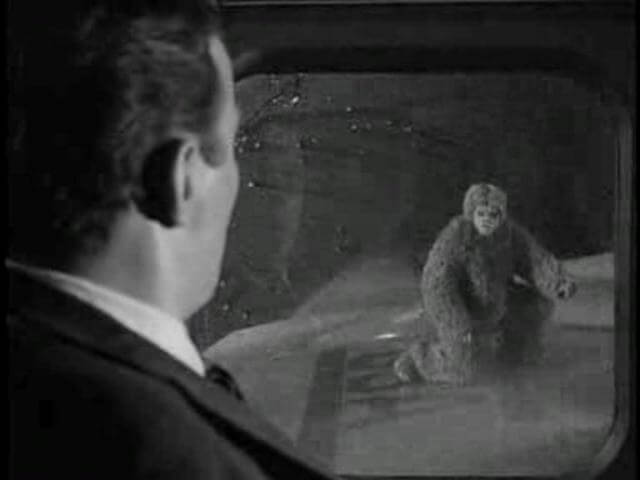 Shatner even told one 12-year-old fan that yes, he does enjoy playing Pokemon Go. CNET reported that Shatner “came off as personable and expansive during his interview, a fitting tribute to Star Trek on its 50th anniversary.” 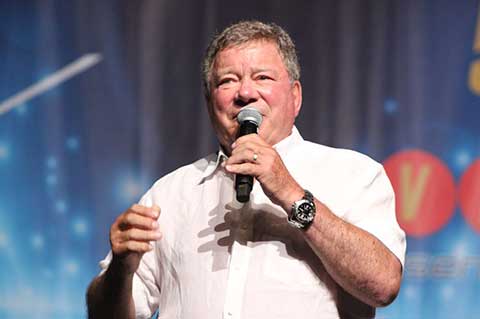 Also appearing were 79-year-old George Takei, who shared a poignant story about Star Trek creator Gene Roddenberry, who’d said while he supported gay equality, though the TV studios wouldn’t allow him to work it into the series. But while Takei is gay himself, he believes his Sulu character was heterosexual, and would’ve preferred that the newest film, “Star Trek Beyond,” had approached the issue with an entirely different character. 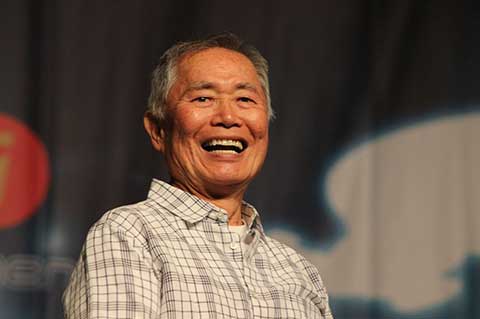 That communications officer — or at least, actress Nichelle Nichols, now 83 years old — was also at the convention, and CNET snapped a photo of her smiling eyes as Whoopi leaned in with her microphone.  And sadly, Barry Jenner, who played Starfleet Admiral William Ross on “Deep Space Nine,” died this week at the age of. His fans will be thinking about him this week.

Of course, the convention wasn’t the only place to celebrate Star Trek. Newsweek distributed a special issue to newsstands across America, and NASA’s credit union began offering 50,000 bonus points on its credit card and raffled off NASA flight jackets. 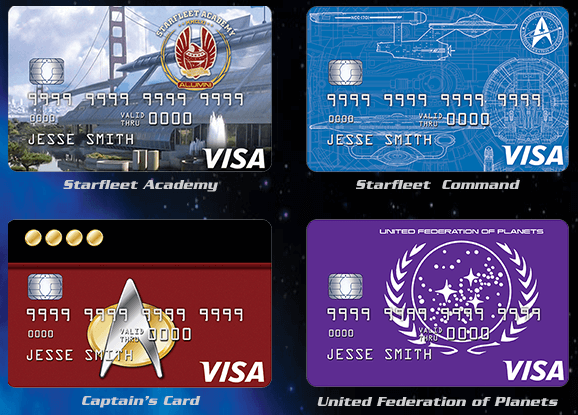 But fan gatherings have always been a big part of the whole culture of “Star Trek.” In fact, there were dozens of actors from the six TV series, as well as special guests like John and Betty Jo Trimble, the superfans whose 1968 letter-writing campaign saved the original series from being canceled.

So while the headline guests included a solid contingent of actors from the original late-’60s series, fans also got a chance to meet most of the cast from the second series, “Star Trek: The Next Generation.” Also appearing were Armin Shimerman, who’d played Quark the Ferengi barkeeper on “Deep Space Nine,” along with James Darren, who’d played Vic Fontaine, that show’s 24th-century holographic simulation of a 1960s Vegas entertainer. Fans also gaped at the the people who’d personified their other favorite aliens on “Deep Space Nine“ — Odo, Rom, Nog, Martok, Leeta, Kira Nerys, and Jadzia and Ezri Dax — as well as actors from “Voyager“ like Kate Mulgrew, Tim Russ, Robert Picardo, Jeri Ryan.  Scott Bakula, from “Quantum leap” has also played starship captain Archer on the last series “Enterprise“ (which ran from 2001 to 2005), and appeared with the actors who’d played Starfleet officers Trip Tucker and Malcolm Reed, as well as the Talaxian Neelix.

Fans met stars, photos were snapped, memories were shared and new memories were formed. But at the end of the day, it’s all a fun reminder of the joy of Star Trek — its hopeful spirit and genuine wishes for a brighter and better future. And if nothing else, maybe it also affirmed that there will always be a Star Trek, as long as there are fans to celebrate it. A new TV series is even in the works — “Star Trek: Discovery“ — being produced by Gene Roddenberry’s son, Rod. So how was the convention? There are probably thousands of fans right now who are echoing Captain Kirk’s dying words in the seventh movie, “Star Trek: Generations.”