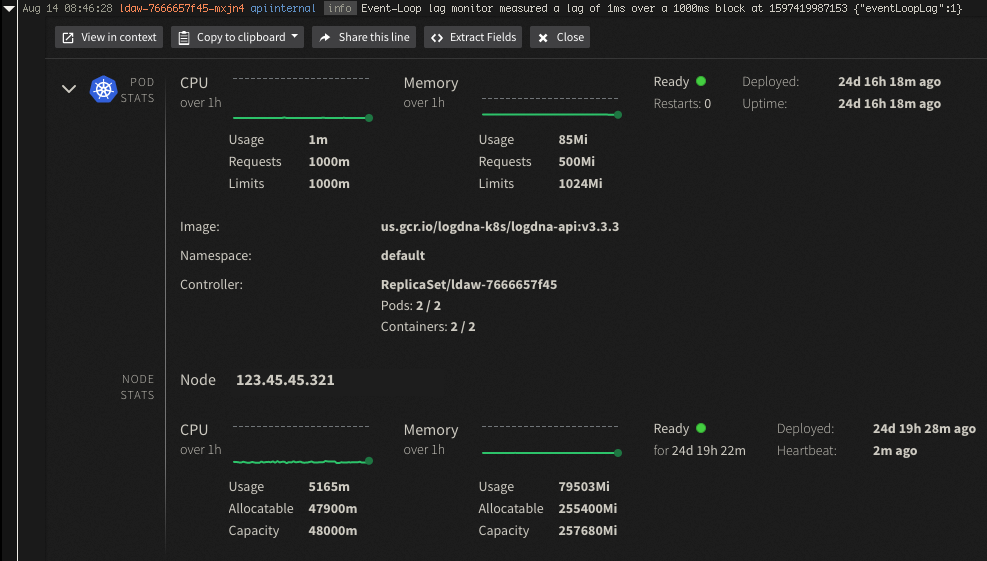 Application log data and metrics were certainly more accessible not that long ago when tests more readily showed whether the code worked or did not. While, of course, application bugs and security vulnerabilities would manifest themselves down the road, the developer and operations team’s work of assessing application performance was usually less complex for on-premises monolithic applications compared to today’s multicloud cloud native environments.

The extremely highly distributed world of Kubernetes environments has turned observability on its head for many developers. Detecting and fixing application-performance lags due to bad code has become exponentially harder to do once applications released across often numerous multicloud environments.

To solve the dilemma of having to manually parse through often superfluous Kubernetes event data, log management software provider LogDNA has launched a “Kubernetes Enrichment” platform to serve as a single panel for observability of pertinent events and resource metrics for Kubernetes environments, including infrastructure and deployed applications.

When he and his team created Kubernetes Enrichment, Lee Liu, LogDNA co-founder and chief technology officer, said he sought out to answer the following questions DevOps teams often have when applications are deployed in Kubernetes environments:

“Finding metrics history like this is not impossible. Our SRE team would comb through Sysdig and line up events with our logs by timestamp — but, it was a manual process that was very time-consuming. What if LogDNA could capture those metrics automatically and present it in an easy-to-digest contextual manner that automatically lined up by timestamp?,” Liu told The New Stack. “When we demoed Kubernetes Enrichment to an early customer, they said it the best: “It’s like having all the puzzle pieces and solving the murder mystery from 12 hours ago.”

LogDNA’s Michael Shi: Observability users shouldn’t be “bottlenecked into solving their issues or not being dependent on other teams to solve their specific micro service issues. #KubeConNA @CloudNativeFdn @thenewstack @LogDNA pic.twitter.com/6UqMAoUM2J

Michael Shi, a LogDNA product manager, gave talk about Kubernetes Enrichment during KubeCon + CloudNativeCon this week. Shi said an observability tool should not involve a steep learning curve for onboarding, nor should a DevOps team member have to be an infrastructure expert to interpret and apply what metric and log data might reveal about application performance. He described how Kubernetes observability should be about “getting your job done without needing to do a ton of context switching or flipping in and out of a tool, just to get the information you need,” he said.

An observability tool “has to be easy to get set up and get started — we all know that literally, no engineer wants to sit there training sessions just to get started with a new tool, and even the most powerful tool available are not going to be useful to you if it’s too hard to set up,” Shi said. “We all know that you’re not going to spend all of your time on observability. So, obviously, ease of use and ease of getting set up is crucial to making an effective observability, too.” 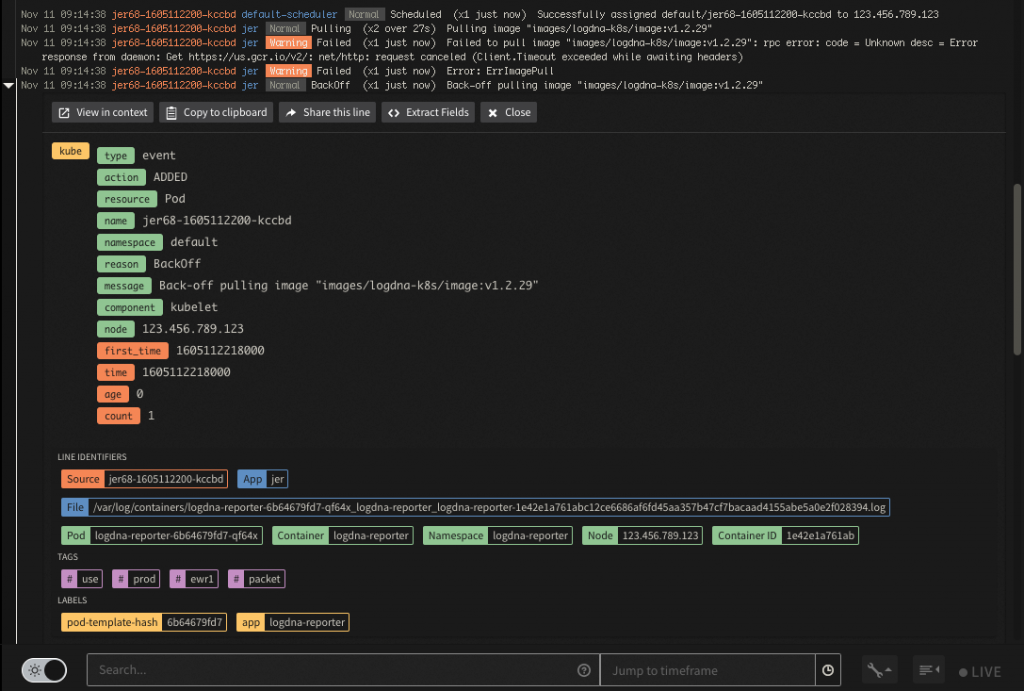 As Kubernetes environments supper ever-complex application builds, such as high cardinality data or artificial intelligence, for example, Shi said developer team customers have expressed concerns “about making sure their observability tooling enables their microservice teams to be able to solve their application problems.”

To that end, Shi said Kubernetes Enrichment can help to ensure that “service owners aren’t being bottlenecked into solving their issues or not being dependent on other teams to solve their specific microservice issues.”

KubeCon+CloudNativeCon and LogDNA are sponsors of The New Stack.