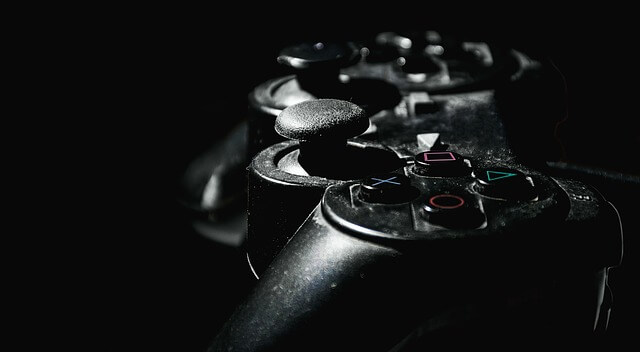 Rather than pass up the chance at a party, log management service provider Loggly has taken to the floor of San Francisco’s Game Developers Conference (GDC), taking place this week. Loggly is there to show how its technology could benefit game developers.

When people think of developers, they most often think of applications or software for mobile or cloud-based platforms that aren’t gaming. However, Loggly reports that many of its users are actually from the gaming industry.

Many of today’s large-scale games rely on front-end and back-end technology that not only collects massive amounts of user data but must be available at near-perfect uptime ratios. With the amount of log data generated increasing at an exponential rate, the need for end-to-end visualization which can match the complexity of one’s existing stack is critical to long-term success.

“Monitoring just one component or a small subset would be like operating an ambulance van that is only equipped with a fever thermometer,” said Sven Dummer, Loggly senior director of product marketing.

If you’re able to stop by GDC booth #2305, Loggly will be demonstrating its recently-launched Live Tail offering along with its data logging capabilities. Live Tail, which is part of the enterprise subscription to the company’s logging software, is a real-time CLI tool that consolidates all of a user’s logs into one stream.

Live Tail is similar to Unix’s tail -f command, while also offering devs the ability to work right in their browser, allowing them to filter, highlight, and assign user privileges. 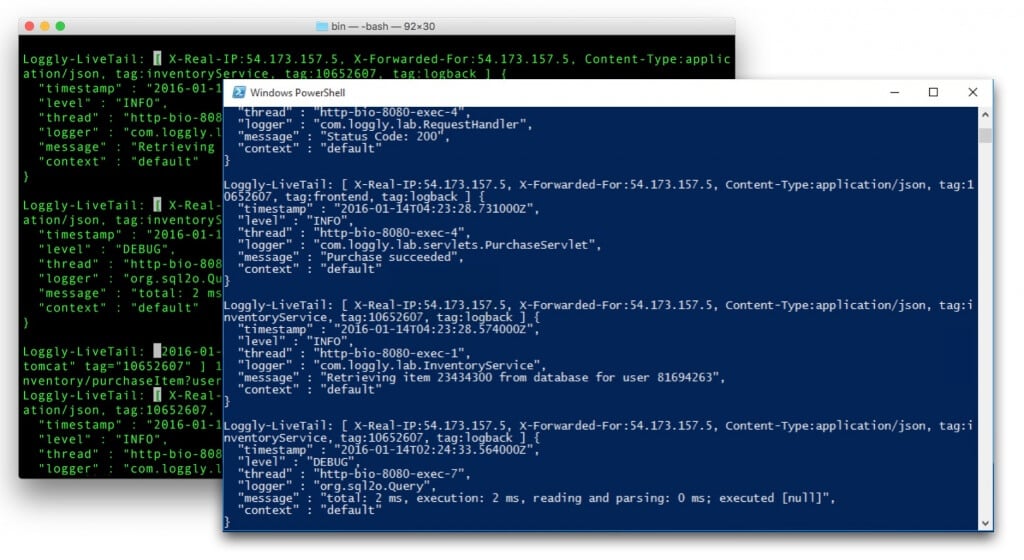 Loggly LiveTail Running in Windows PowerShell and an OSX Terminal

Cloud-based SaaS and PaaS solutions have enabled businesses to deploy increasingly complex applications on elastic virtual servers at a scale that was once limited to large data centers or Fortune 500 companies. Running tens of hundreds, or even tens of thousands of individual services across systems with different application components increases the likelihood one of them will malfunction sooner rather than later.

Containers, Data, and You

Loggly takes a surprisingly thoughtful approach to container monitoring. Dummer notes that container monitoring at scale hinges on enterprises addressing two key points: What is going on inside containers and their system infrastructure, and addressing the short-lived nature of services run inside containers. Containers are ephemeral, taking valuable log data with them when terminated. If users don’t take precautions to collect data from their containers in real-time, it will not be available for later analysis. Dummer notes that containers, unikernels, and microservices are the logical next step toward developing more modular, distributed, and elastic systems.

The Loggly platform also offers its users a cohesive approach to data collection spanning one’s entire system — Even if only a select few issues may ultimately be monitored.

It is not enough to focus on what is happening, your solution also needs to empower you to analyze why it happens. As such, Loggly users can aggregate and analyze log data from any source, whether it’s cloud-based, containerized, systems, applications, or any connected component that can write log files.

Log files are particularly useful when debugging during development though they are also beneficial in production to aid in error monitoring and analysis, performance tuning, and business metrics. Loggly focuses primarily on deep log data analysis, with many of its use cases using it in conjunction with a high-level monitoring platform such as New Relic.

Looking Toward the Future:

The rise of data logging, deep-dives into system analysis, and end-to-end visualization show no signs of slowing down. Loggly currently reports over 450 percent growth year over year since 2013, with over 9,000 customers and 32,000 active user accounts. 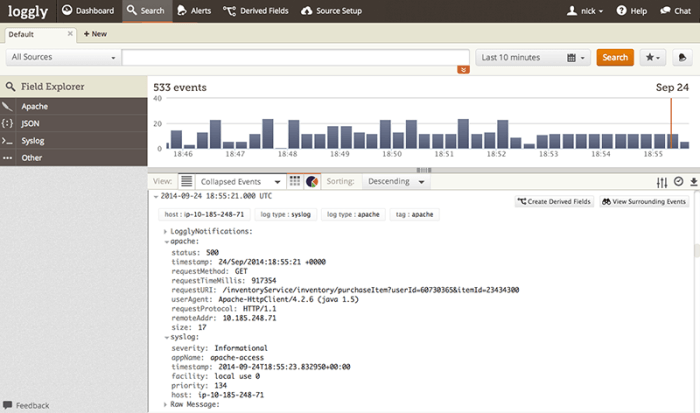 When first setting up Loggly, users can select from a variety of ways to send log data from their application or system all without installing any secondary agent software. Dummer notes the Loggly platform supports many means of transferring log data such as Syslog protocol while providing libraries and integration for all major programming frameworks, operating systems, and services such as AWS and Heroku.

Loggly trial users or current Enterprise subscribers can check out Live Tail by clicking on their Loggly menu bar. Those lucky enough to be at GDC 2016 can watch Loggly in action by playing its very own short video game. While it may not be a traditional place to talk about data monitoring, Loggly has set the bar high for embracing the mantra, “All work and no play makes for a dull day.”