First RightScale, and now Flexera, has published a State of the Cloud Report for eight straight years. Here is what is new -- and what isn't.
Apr 28th, 2020 1:40pm by Lawrence E Hecht 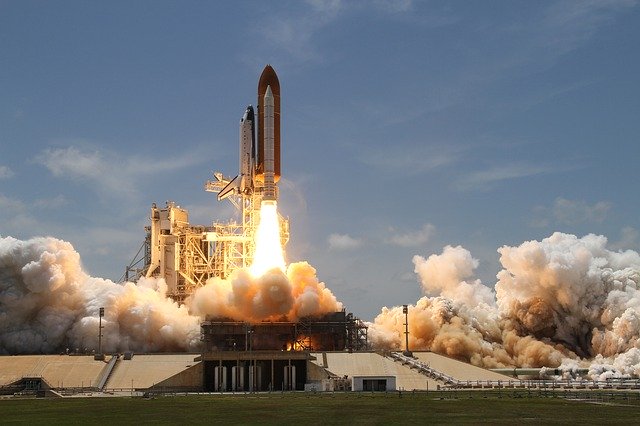 First RightScale, and now Flexera, has published a State of the Cloud Report for eight straight years. Some things haven’t changed in this duration: Public cloud growth was projected in both 2013 and 2020, with Amazon Web Services (AWS) being the leader then and now. The proper mix between public and private clouds continues to be debated, but private cloud offerings from public cloud vendors have become more prominent.

Another thing that has changed is the way data is collected. In 2020, a third-party panel was utilized instead of recruiting with an internal email list. Although an attempt was made to maintain a similar distribution of participants based on cloud maturity, the difference in methodology requires us to consider how observed trends are influenced by the change.

An immediate change is the number of enterprises (> 1,000 employees) has grown from 24% of participants in 2014 to 58% in 2019 and 74% in 2020. For an accurate comparison, we are only going to look at the enterprise results. From this perspective, Rackspace has dropped from view and Microsoft’s Azure has risen to compete directly in some cases with AWS, with 76% of surveyed enterprises using AWS and 69% using Azure. Google Cloud and Alibaba saw the greatest percentage increase this year. 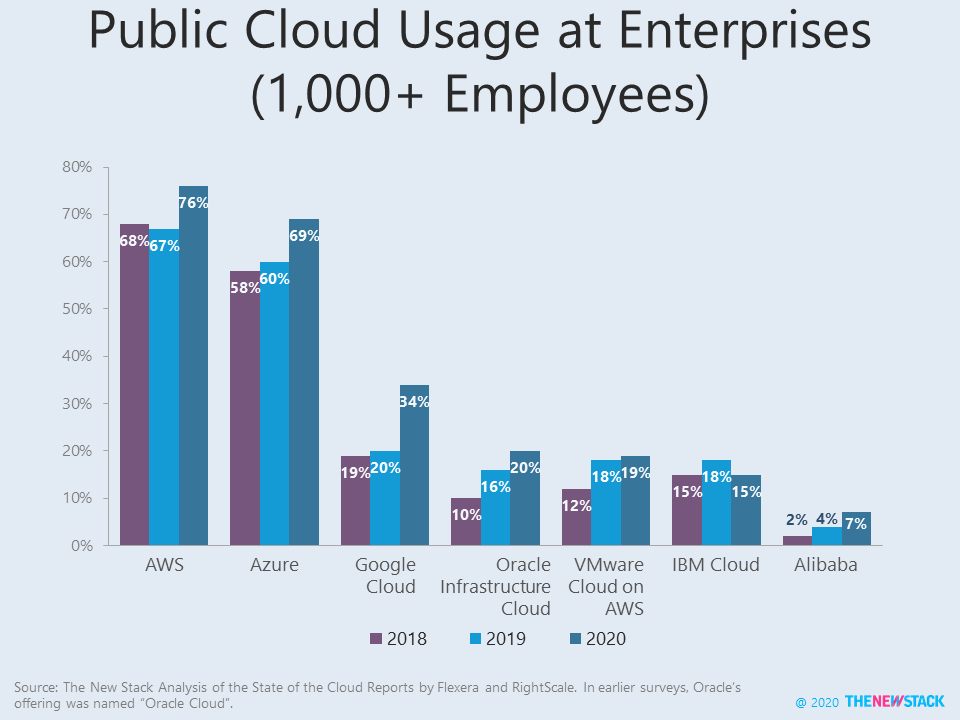 The high adoption levels provide little perspective on the depth of usage, which most companies are opaque about in their earnings reports. The Flexera report provides some details, showing that the percentage of enterprises using more than 100 virtual machines with a public cloud provider number of virtual machines. Beyond VMs, all three providers also are seeing increased adoption of containers-as-a-service. AWS (40%) and Azure (36%) have the most customers spending at least $1.2 million a year on public cloud with them. Google is a distant third at 18%.

By one measure, it seems obvious that the migration of workloads to the public cloud has accelerated. In last year’s study, only 33% of workloads were in the public cloud, while today the figure is 57%. The huge jump is probably due to a change in the sampling methodology and should not by itself be assumed to be directly related to the increased adoption of cloud services. When measuring the increase in public cloud adoption, it is also important to consider whether the workloads are coming from a private cloud or a non-cloud environment.

The Flexera study does not speculate about the degree to which public cloud workloads are being repatriated to private clouds, but it does show a few clues to a new wave of private cloud adoption. In 2013, 53% of enterprises surveyed used at least one private and one public cloud — what the study defined as a hybrid cloud. That figure was relatively consistent until this year, when the figure jumped to 87%. Some of the rise may be due to the change in sampling methodology, yet there is a clear rise in the last year for Microsoft Azure Stack (28% to 40%) and AWS Outpost (14% to 26%). Red Hat OpenShift (22%) and Google Anthos (14%) were added to the survey. Despite reports of its imminent demise, OpenStack adoption only dropped a little bit (36% to 33%). The biggest declines have been in adoption of private clouds on top of bare metal and using VMware vSphere. 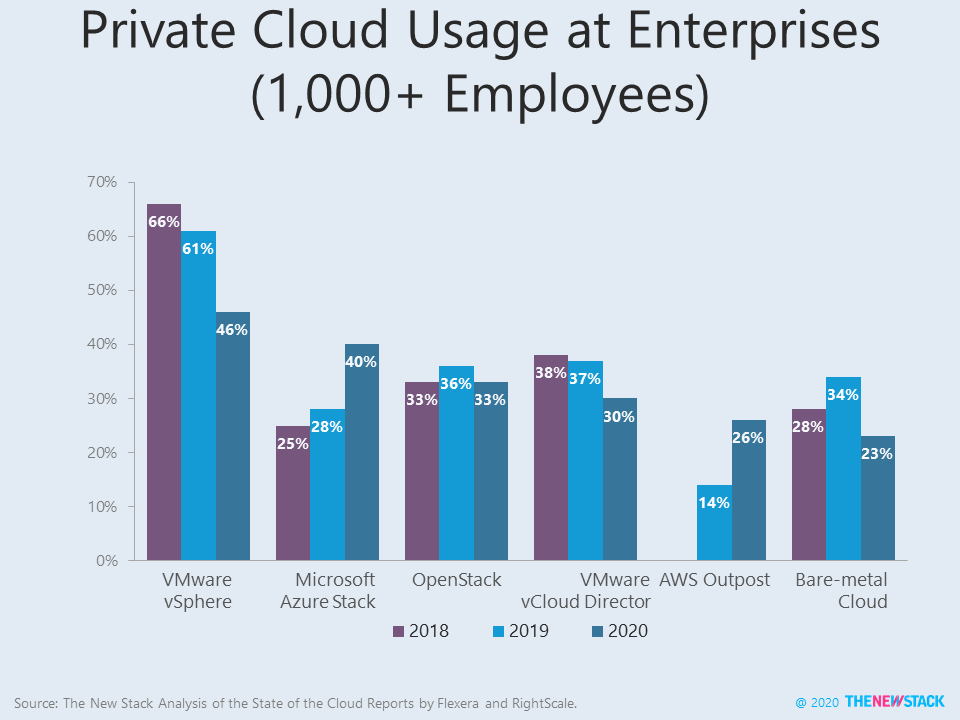 We expect to publish additional analysis from the Flexera 2020 State of the Cloud Report. Stay tuned!

Lawrence has generated actionable insights and reports about enterprise IT B2B markets and technology policy issues for almost 25 years. He regularly works with clients to develop and analyze studies about open source ecosystems. In addition to his consulting work,...
Read more from Lawrence E Hecht
SHARE THIS STORY
RELATED STORIES
Wix Tackles Application-Level Security with Custom Detector AWS Re:Invent Left Attendees with More Questions Multicloud vs. Hybrid Cloud: Key Comparisons and Differences Is Low-Code Development Better for the Environment? AWS Code Catalyst: A 'Low-Code' Approach for the Dev Lifecycle
TNS owner Insight Partners is an investor in: The New Stack.
SHARE THIS STORY
RELATED STORIES
How Jit Builds a Platform Engineering Mindset in the Cloud Data 2023 Outlook: Rethink the Modern Data Stack Google Makes Postgres-Compatible AlloyDB Generally Available Multicloud vs. Hybrid Cloud: Key Comparisons and Differences AWS Inf2: A 12-Chip System for Large-Scale ML Production
THE NEW STACK UPDATE A newsletter digest of the week’s most important stories & analyses.
The New stack does not sell your information or share it with unaffiliated third parties. By continuing, you agree to our Terms of Use and Privacy Policy.