Canonic has taken the low-code route to the repetitive tasks of building backends, enabling a wider swath of business users.
Apr 18th, 2022 3:00am by Susan Hall 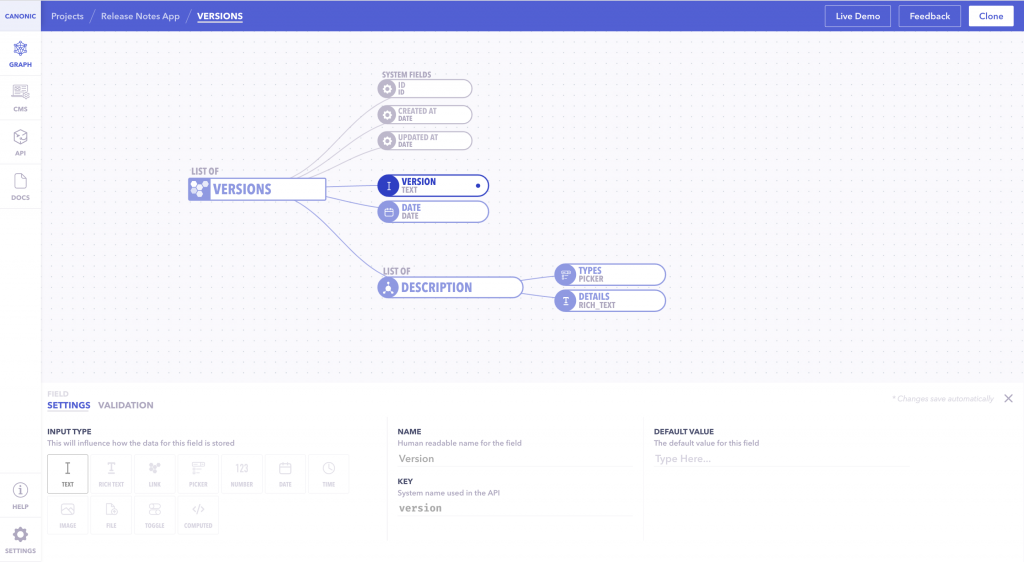 You’re so tired of building applications in which the backend is essentially similar, with only the frontend substantially different. So is everyone. That’s why there are so many backend-as-a-service providers out there.

The team at Canonic, however, has taken the low-code route, enabling a wider swath of users — sales and marketing teams perhaps, who aren’t necessarily developers — to share the love.

Co-founder Pratham Agrawal, who left the University of Illinois at Urbana-Champaign to start his own design and development shop in India, found too much time spent on repetitive tasks.

“Some of the projects had very similar backend with minor tweaks and a different frontend. I always felt I could have saved multiple hours of effort if this kind of information was already structured in the backend and only its frontend was required to be built,” he told AdReview.

Fellow co-founders Aditi Jain, Simranjot Singh and Kartik Grewal, who worked with Awrawal at chatbot vendor Haptik, had similar experiences and set out in May 2020 to create a better option.

“Canonic was born out of a need to make backend development easy, reusable and powerful,” said Jain of the India-based startup. “We felt the need to simplify this in a way where product engineering is not limited by the technical know-how of writing code, and code can be auto-generated while keeping the possibility open for maximum customization with or without code.”

Built on a Graph

The graph is the starting point for any project built on Canonic. It allows users to visually organize information in a hierarchy, showing relationships among the different components and create REST and GraphQL APIs in minutes.

“Think of it like a mind map,” Jain explained. “Using the graph, the user can intuitively define the core structure of their APIs and tables along with any integrations that they want to link.”

It allows you to build complex workflows, similar to Zapier, to allow data to flow from one integration to another. You basically define the central nervous system of the backend using the graph. Based on the graph, Canonic deploys a serverless API along with a database and any associated services, such as triggers or webhooks. It’s all serverless and powered by AWS.

“This API is fully extensible, which means that you can easily add more functionality in the form of custom endpoints — we have an in-built code editor — and workflows spanning hundreds of third-party integrations. Overall, you can essentially create complex backend services and APIs all through a web-based application with minimal backend experience,” Jain said.

Canonic is a web app; everything created on the platform remains on the platform itself in the provided database. The user, however, can select the region where the project will be deployed.

There’s an SDK that allows you to integrate your project directly into your own code editor, though the team touts Canonic as a one-stop backend platform that enables you to see and do everything in one place.

The CMS is based on AWS Cloudfront. Data is encrypted in transit and at rest, and role-based authentication and governance includes permissioned API keys based on least-privileged access.

Users can import data from Microsoft SQL Server, Airtable, MongoDB, PostGres, MySQL or Google Sheets and Canonic will auto-generate the schema model of that database.

No-code identity login is provided through integrations with Okta, Auth0 and OneLogin.

Users can also schedule triggers, such as sending daily reports, monthly reports or other reminders without writing any code.

The technology came out of beta last August, and the team has grown to nine employees.

“After exploring a few existing tools, we realized we were running into roadblocks due to some custom requirements. Hence, we decided to explore no-code/low-code platforms. It felt unnecessary to hire someone for just the backend or frontend requirement, which would in turn cost us a lot of time, money and effort,” said Shivang Bhandari, a frontend engineer who works primarily on the core code for transactions on the platform.

“Canonic’s ability to deploy serverlessly, the sheer intuitiveness of the platform and the pricing were very reasonable. There were certain guides and docs already written around the roadmap use case, which made it really easy to set things up and even build an initial POC (proof of concept.)

“The product is super intuitive to use and projects are easy to deploy. The Canonic team is very prompt in helping in case I get stuck or want to understand workflows better.”

There are plenty of competitors in the low-code/no-code development space including Xano, Supabase, Backendless, and among those adding in frontend as well, there’s Bubble, AppSmith and AppGyver.

Going forward the company wants to double down on relevant use cases to make it even easier to satisfy complex requirements.

It’s also looking to increase the number of building blocks available by opening up the platform and creating a marketplace.

“The user’s role becomes that of a composer. They just take different pieces that are already built out and put them together to build something truly complex in hours rather than months,” Jain said.

“The third aspect we want to focus on is what happens when a user hits the limits of the platform. We want the graduation to be transparent, reliable and on par with developer handovers. The user should not have to start from scratch.”

Susan Hall is the Sponsor Editor for The New Stack. Her job is to help sponsors attain the widest readership possible for their contributed content. She has written for The New Stack since its early days, as well as sites...
Read more from Susan Hall
SHARE THIS STORY
RELATED STORIES
What TNS Readers Want in 2023: More DevOps, API Coverage What Is APIOps? (In Less than 500 Words) 5 Ways to Improve Your Web Application and API Security Platform Engineering in 2023: Dev First, Collaboration and APIs Six Signs You’ve Got an API Sprawl Problem
Amazon Web Services is a sponsor of The New Stack.
TNS owner Insight Partners is an investor in: Bubble.
SHARE THIS STORY
RELATED STORIES
Building Access Permissions into Your API How to Build an API-Centric Digital Architecture Platform Engineering in 2023: Dev First, Collaboration and APIs The Dos and Don‘ts of API Monetization Cloudy with a Chance of Malware – What’s Brewing for DevOps?
THE NEW STACK UPDATE A newsletter digest of the week’s most important stories & analyses.
The New stack does not sell your information or share it with unaffiliated third parties. By continuing, you agree to our Terms of Use and Privacy Policy.