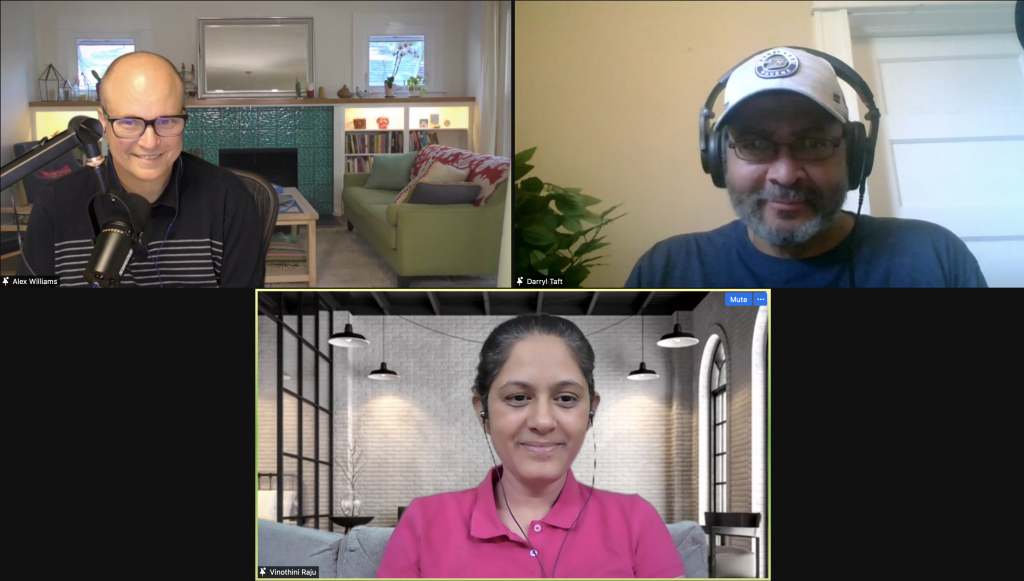 The definition of “low-code, no-code” remains a subject of debate. For some, it is the ability for a so-called “citizen developer” who lacks the training and skills to develop software — to be able to rely on a platform to deploy code with the same level of competence as that of a professional software engineer. Others describe low-code, no-code as a way to rely on a platform that facilitates software development — while automating many of the tasks in a build — to both simplify the process for inexperienced developers and to save time and resources for experienced developers. In both cases in this increasingly crowded space, low-code, no-code makes the coding and software development process simpler and more automated as a result.

In the case of low-code, no-code platform provider gopaddle, the idea is to “unleash the power of a no-code platform for modern applications.” How low-code, no-code can be applied to Go-centric applications running in cloud native environments was the main subject of this The New Stack Makers podcast with Vinothini Raju, founder and CEO, gopaddle as the guest. The New Stack founder and publisher Alex Williams and TNS news editor Darryl Taft hosted the conversation.

A key feature for a low-code, no-code platform is to support first-time developers’ learning processes who might not have a complete idea of the best practices they need to build a full-fledged CRM software tool, for example, Raju said. First-time developers, or “repeated developers who want to get their applications up and running sooner” are target users. Even a first-time developer who does not have complete knowledge can get their software up and running in a much faster timeframe,” Raju said. “This is the same philosophy that we are applying when it comes to cloud native workloads, but with a broader problem statement here, because we are looking at a wide variety of development practices and applications. Also, the underlying infrastructure is going to be varied.”

As mentioned above, many low-code, no-code platforms on offer have emerged, making it an increasingly crowded space. “There are a few low-code, no-code platforms that are emerging — so, the key differentiator for us is that we can onboard more comprehensive workloads,” Raju said. “Existing platforms today have some mechanism of getting your simple workloads up and running, but whether you can stitch all these services together and build more complex or a larger application [remains to be seen]… I see that our platform gives a mechanism to build more comprehensive application templates, similar to Helm charts.”

Gopaddle offers a “scaffolding mechanism” to serve as a foundation for “getting your applications onto a Docker or onto Kubernetes,” Raju said. While still in alpha, gopaddle’s Intelligence Scaffolding is able to suggest a Docker or Kubernetes profile from application source code, for example. “We can actually start from your source code, build your Docker file and your Kubernetes artifacts on the fly,” Raju said.

Darryl K. Taft covers DevOps, software development tools and developer-related issues from his office in the Baltimore area. He has more than 25 years of experience in the business and is always looking for the next scoop. He has worked...
Read more from Darryl K. Taft

BC Gain’s obsession with computers began when he hacked a Space Invaders console to play all day for 25 cents at the local video arcade in the early 1980s. He then started writing code for very elementary games on the...
Read more from B. Cameron Gain
SHARE THIS STORY
RELATED STORIES
Kubernetes Just Has to Get Easier for Developers Terraform Cloud Now Offers Less Code — and No Code — Options Why Does the NSA Care about the Software Supply Chain? New Ebook: A Blueprint for Supply Chain Security What’s the Future of Feature Management?
TNS owner Insight Partners is an investor in: The New Stack, Docker.
SHARE THIS STORY
RELATED STORIES
What Good Security Looks Like in a Cloudy World 8 GitHub Actions for Setting Up Your CI/CD Pipelines New Ebook: A Blueprint for Supply Chain Security Case Study: How BOK Financial Managed Its Cloud Migration Create a Local Git Repository on Linux with the Help of SSH
THE NEW STACK UPDATE A newsletter digest of the week’s most important stories & analyses.
The New stack does not sell your information or share it with unaffiliated third parties. By continuing, you agree to our Terms of Use and Privacy Policy.