This post is about Amundsen, Lyft's data protection software.
Jul 17th, 2019 3:00am by Susan Hall 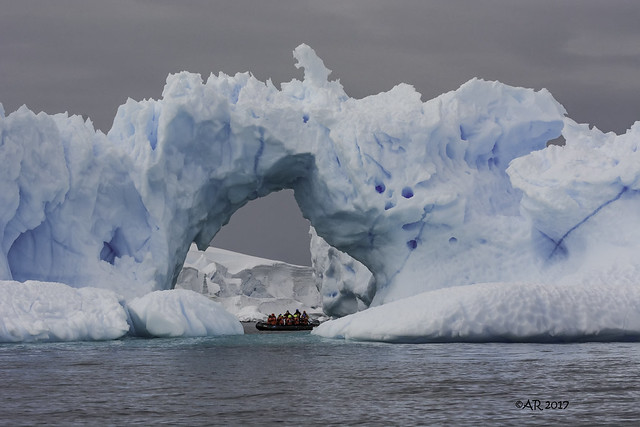 Knowing what data a company has and where and how it’s stored has gained urgency with the enactment of the General Data Protection Regulation (GDPR) and California Consumer Privacy Act (CCPA), coming Jan. 1.

But other concerns, such as worker productivity, also come into play for organizations dealing with massive amounts of data. Ride-share company Lyft, for example, collects data on the more than 50 million rides it provides a month.

In response, Lyft built Amundsen, a data-discovery application on top of a metadata repository to make it easier for data scientists and others to find and interact with the data more easily. It’s named after Norwegian explorer Roald Amundsen, whose expedition was the first to reach the South Pole, and patterned after Google search. Lyft open-sourced the project in April.

Lyft has been growing rapidly in the volume of services provided, but also in the number of employees joining the company, leaving a knowledge gap about what data the company has, what work has been done previously on it and how up to date it is, product manager Mark Grover explained in a recent webinar.

It faced challenges that no single data model fit for all data resources and that each stored and fetched differently.

Its requirements for the project included:

A preference for open source. While the team considered open source projects like LinkedIn’s WhereHows and Apache Atlas, it ultimately decided the experience it wanted wasn’t out there, Grover said, and set out to build its own.

There are four parts to Amundsen:

The first iteration focused heavily on tables, the work of data scientists and analysts, people using raw data sets to do analysis. It has since added a second node, which is people.

“I can go to the page of a person on the team — what tables does she own, what does she bookmark, what does she use frequently? Those conversations we used to have on Slack don’t need to happen anymore because I have that information,” Grover said.

It plans to add more nodes, including dashboards, streams, and ETL and data quality.

Metadata at the Core

Metadata is key to the next wave of big data applications, according to the company.

“We realized we were gathering all these interesting metadata that we wanted to use for data discovery and trust, but we could use it for other applications as well. What we ended up building was this data discovery application on top, but at the bottom was this metadata engine, the core of all the information that people use to power the data,” Grover said.

“If I know where all our data is stored, if I can tag all these columns as personal or private and know who’s accessing this data, then I can have a governance system based on this,’ he said of the compliance use case for the system.

Rather than manual approaches or isolating sensitive data in a separate database or location, metadata can be used to restrict access appropriately and maintain compliance, he explained in a blog post.

For ETL and data quality, using profiles of data in all the tables, users can apply heuristics to determine how the data going in today compares with that of yesterday, then set some allowable percentage of difference.

With streams, it could determine which streams are trustworthy, which map to which data sets.

Susan Hall is the Sponsor Editor for The New Stack. Her job is to help sponsors attain the widest readership possible for their contributed content. She has written for The New Stack since its early days, as well as sites...
Read more from Susan Hall
SHARE THIS STORY
RELATED STORIES
Bit.io Offers Serverless Postgres to Make Data Sharing Easy The Architect’s Guide to Data and File Formats  What Is a Column Database and When Should You Use One? Try a Neo4j Graph Database Right Here, Right Now Why You Need a Centralized Approach to Monitoring
SHARE THIS STORY
RELATED STORIES
Presto: Data Analytics on an Open All-SQL Platform Data, Analytics and AI: What Will Happen in 2023 Processing Large Data Sets in Fine-Grained Parallel Streams with SQL Boost Customer Engagement with Real-Time Data Hybrid Data Collection from the IoT Edge with MQTT and Kafka
THE NEW STACK UPDATE A newsletter digest of the week’s most important stories & analyses.
The New stack does not sell your information or share it with unaffiliated third parties. By continuing, you agree to our Terms of Use and Privacy Policy.