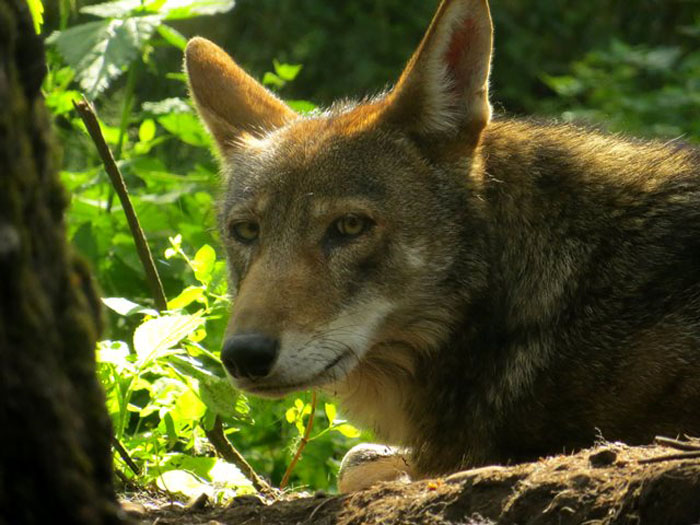 With the aim of contributing to better conservation and management strategies for endangered wolf populations, an international group of researchers are using machine learning algorithms to distinguish 21 different wolf-howling ‘dialects’ among various wolf species, using a database of over 2,000 recordings.

It’s the largest study of its kind, and the first to use machine learning to discover these distinct nuances in wolf-speak.

So how do learning to distinguish between howls help scientists working to save the wolves? For starters, wolves can be extremely difficult to track physically, so the howl as a form of long-distance communication is one way to better identify which particular species are inhabiting the area.

In the study published in the journal Behavioural Processes, the researchers describe how they used algorithms to compare the differences in modulation patterns between 13 various wolf species. They found that the different modulations were quite deliberate and distinct, meaning that howling repertoires could be used as an identifying marker — a “vocal fingerprint” of sorts.

For instance, the scientists found that timber wolves tend to communicate with low, flat vocalizations, in contrast to the high, undulating howls of red wolves.

These findings are particularly important for critically endangered species like the red wolf (Canis rufus), which has been decimated by habitat loss, disease and overzealous predator eradication programs instituted during the first half of the last century. Once common throughout the southeastern United States, they were nearly eliminated. Thanks to a captive breeding and reintroduction program in the 1980s, there are now about 200 red wolves living in captivity, but there still remains only an estimated 75 red wolves left in the wild.

But a new menace is emerging that may destabilize this precarious situation further.

“The survival of red wolves in the wild is threatened by interbreeding with coyotes [Canis latrans], and we found that the howling behaviour of the two species is very similar,” explained the study’s lead researcher, Arik Kershenbaum, 0f the University of Cambridge, in Science Daily. “This may be one reason why they are so likely to mate with each other, and perhaps we can take advantage of the subtle differences in howling behaviour we have now discovered to keep the populations apart.”

The researchers believe that conflicts between farmers looking to protect their livestock from wolves could be averted by playing recorded audio samples that would scare off any would-be predators. The team is now working to refine their discoveries further, and to find new applications for more effective conservation. However, the team acknowledges that there’s still a lot of work to be done to actually translate what certain howls mean.

“We are currently working on research in Yellowstone National Park in the U.S. using multiple recording devices and triangulation technology to try and pick up howl sounds and location. In this way we might be able to tell whether certain calls relate to distance communication or pack warnings, for example,” said Kershenbaum.

But besides the subtleties of wolf language, the researchers believe that using machine learning to decipher the sound patterns of smart and social animals like wolves and dolphins could have even bigger implications for unlocking the evolutionary mysteries behind the development of human language.

“Wolves may not be close to us taxonomically, but ecologically their behaviour in a social structure is remarkably close to that of humans. That’s why we domesticated dogs — they are very similar to us,” said Kershenbaum. “The presence of complex referential communication in species that must communicate to survive was probably a crucial step in the evolution of language. I think we can shed a lot of light on early evolution of our own use of language by studying the vocalization of animals that are socially and behaviourally similar to us, if not necessarily taxonomically closely related.”

Machine learning is proving indispensable in the process of helping computers make intelligent decisions, capable of doing anything as mundane as translating different languages or acting as personal digital assistants, to other more momentous things like machines that can read emotions or beat humans at one of the most complex games ever invented.

Machine learning could also potentially save the planet, with scientists using machine learning to track and analyze complex climate models in the emerging field of “climate informatics,” with the aim of better predicting how changes to global climates will occur, and developing targeted solutions.

It’s not too much of a stretch then, to imagine that machine learning could also be used for wildlife conservation.