Inspired by commercial slime products, the viscous material contains magnetic particles, and can be controlled by external magnets. It can easily slip through narrow passages, maintain its shape in both air and liquid environments, encapsulate and even “grab” objects, self-heal after being severed and conduct electricity.
Apr 24th, 2022 5:00am by Sono Motoyama 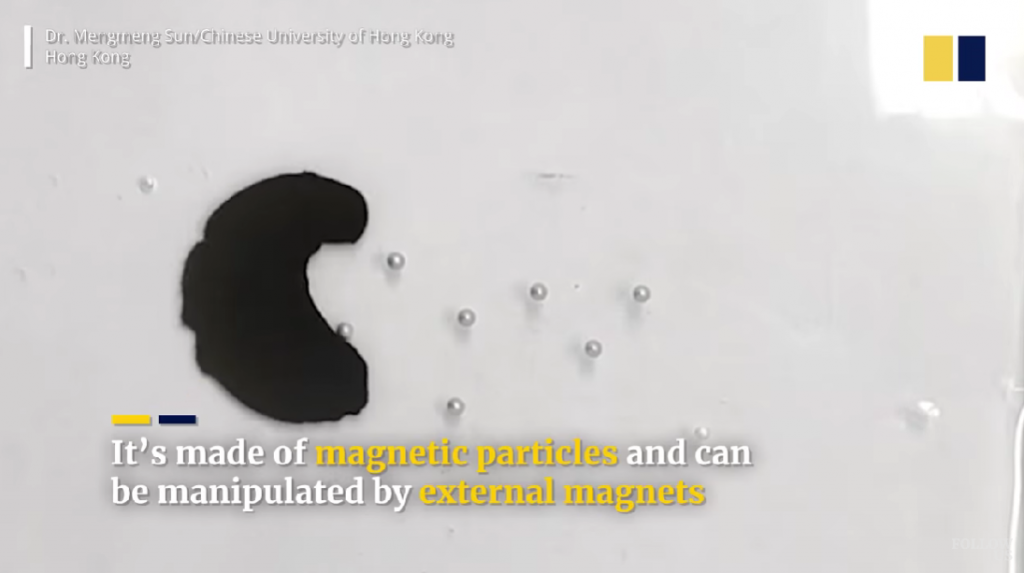 Hong Kong scientists created a minor internet sensation at the end of last month when they published a paper on a “magnetic slime robot” with potential applications in biomedical, electronic and other fields.

Inspired by commercial slime products, the viscous material contains magnetic particles, and can be controlled by external magnets. It can easily slip through narrow (1.5 mm) passages (inside the body, for example), maintain its shape in both air and liquid environments, encapsulate and even “grab” objects, self-heal after being severed and conduct electricity (see video below).

Many online comments, however, veered toward sci-fi, name-dropping shape-shifting killers in films like Venom, the Terminator franchise and perhaps most entertaining, the 1968 outer-space horror movie The Green Slime.

“I can see the potential of this becoming a super weapon. Imagine a giant slime monster that can’t be damaged physically,” one commenter said on YouTube.

Quizzed about the possibility of weaponizing the slime that he cocreated, Prof. Li Zhang, a specialist in micro and nanorobotics at the Chinese University of Hong Kong, was reassuring. First, he made sure to tell The New Stack that he found online comments “interesting” and even “inspiring.”

Then he pointed out that magnetic force decays very quickly over distance. “If you wanted to weaponize it, you must think of magnetic actuation over a long distance. But magnets only have a strong interaction over a small distance.”

In the human body, magnetic actuation is possible, using, for example, a robotic arm (see photo). But unless you could create a giant puppet-master arm to hover directly overhead, there is little chance that a blob is coming to englobe a city near you. 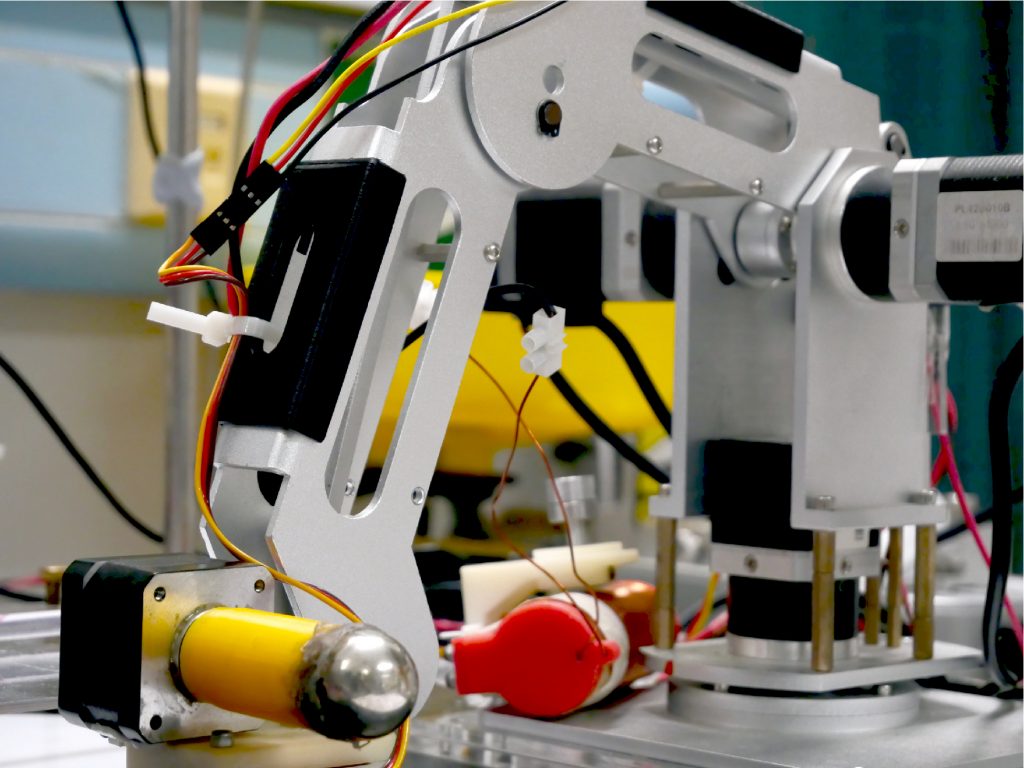 Which brings us to another common question online nonspecialists often brought up. Because the magnetic slime robot, as Zhang and his coauthors call it, cannot move, let alone “think,” on its own (nor does it resemble R2-D2), how is it a robot?

A Robot by Any Other Name

“A hundred researchers may have 100 different definitions” of what a robot is, Zhang said. By his own definition, a robot should be able to interact with the environment, sense its environment and have some sort of intelligence — it should “know how to behave.”

Currently, the magnetic slime requires human intervention to move and to recognize its environment, as it has no “eye.” These two properties, however, would be easy to incorporate, Zhang said, by using a robotic arm and camera. Engineering intelligence into the slime, however, might take “effort,” he allowed.

The import thing, though, he said, is not the nomenclature but the slime’s potential: to benefit patients.

The magnetic slime could potentially be used to protect people — children or adults — who had swallowed something like a battery or a sharp object, by encapsulating the object. While an endoscope can be used in the stomach in such a situation, that instrument is too cumbersome to enter the winding small intestines, for example. This is where a small bit of slime could be useful.

Zhang and his colleagues are currently doing tests on using the slime as a sort of robotic hand to do surgical procedures inside the gastrointestinal tract. It could also have uses in electrical devices, to repair a broken circuit in a hard-to-reach position where it would be hard to do soldering.

It could even be used to repair electrical circuits in outer space, where it could be difficult and dangerous to deploy a person.

“Magnetic force in space still exists, so we can we still actuate the robot,” Zhang said. But much research still needs to be done. “We have to make sure the material properties [of the slime] don’t change in outer space,” he said.

SHARE THIS STORY
RELATED STORIES
2023 Will Be the Year FinOps Shifts Left Toward Engineering Snack Stack: Turning Winter Comfort Food up to 11 The Power and Ethical Dilemma of AI Image Generation Models 2022 in Review: AI, IT Armies, and Poems about Food Why Your Code Sucks: Common Excuses for Bad Programming
TNS owner Insight Partners is an investor in: The New Stack.
SHARE THIS STORY
RELATED STORIES
A Brief DevOps History: The Road to CI/CD Donald Knuth's 2022 'Christmas Tree' Lecture Is about Trees Entrepreneurship for Engineers: Building for Customers’ Love Snack Stack: Turning Winter Comfort Food up to 11 It Happened to Me: How I Suddenly Owed AWS $13,000...
THE NEW STACK UPDATE A newsletter digest of the week’s most important stories & analyses.
The New stack does not sell your information or share it with unaffiliated third parties. By continuing, you agree to our Terms of Use and Privacy Policy.