How Kubernetes and other cloud native computing technologies could help the financial services industry.
Nov 30th, 2018 6:00am by Terry Shea and Oleg Chunikhin 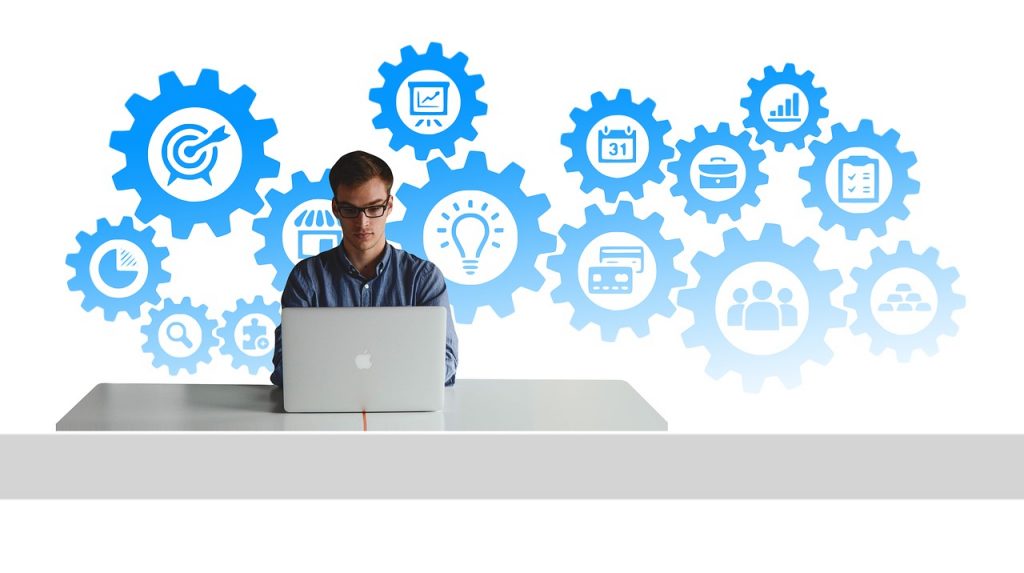 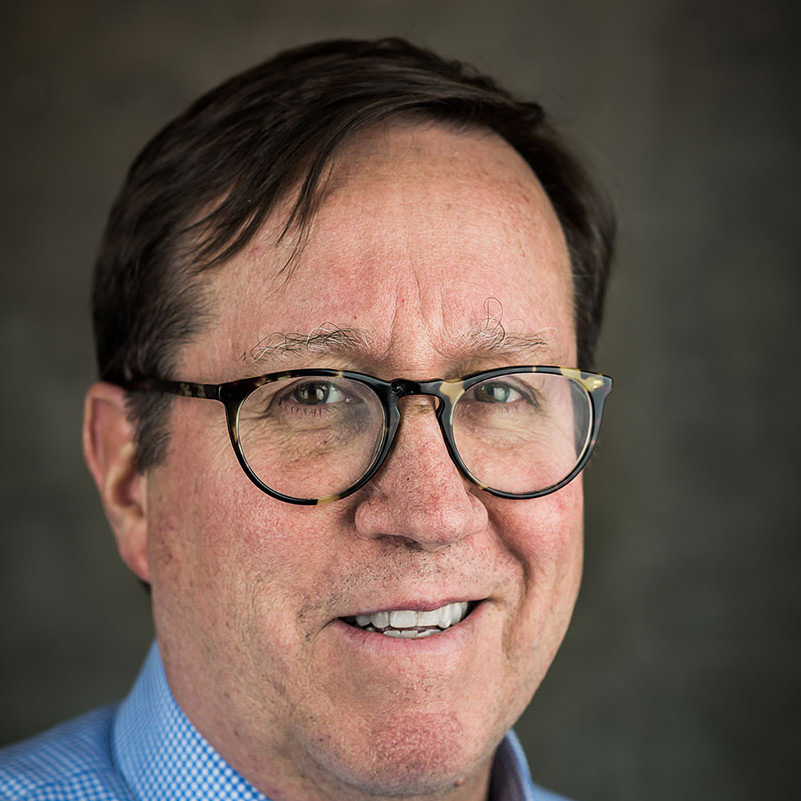 The financial services industry has traditionally been very technology dependent, but often has trouble adopting new technologies. The payments sector is somewhat of an exception to this. M-Pesa for example, the mobile payments solution from Vodafone and its subsidiaries that enables unbanked individuals in Africa, India and elsewhere to receive and make payments, has been around for over a decade. Closer to home, teens and tweens are now splitting the cost of a pizza or an Uber using apps like Venmo, which has seen 80 percent growth this year.

Many of these financial technology firms (“fintechs”) have taken advantage of modern application architectures and DevOps practices that are associated with “cloud native” technologies. Monzo, the “mobile” U.K. bank, discussed this in their presentation “Building a Bank With Kubernetes.” They released their annual report in July citing growth from 0 to 750,000 customers in 3 years. And Monzo is not alone. A recent U.S. Government report highlighted the growth of financial services by non-bank firms, chiefly fintechs. Some of the more striking data points: 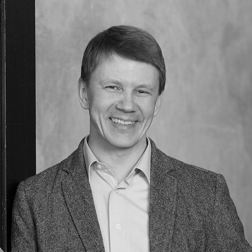 Oleg Chunikhin, CTO, Kublr
Oleg Chunikhin has been working in the field of software architecture and development for nearly 20 years. Oleg joined Kublr as the CTO in 2016. Oleg has championed the standardization of DevOps in all the company does and is a firm believer in driving the adoption of automation and artificial intelligence applications. Oleg holds a Bachelor of Mathematics and a Master of Applied Mathematics and Computer Science from Novosibirsk State University and is an AWS Certified Software Architect.

So what is cloud native, how does it impact application development and IT Operations, and how can traditional financial services firms leverage it to compete with newer fintechs?

Most development teams find that using containers in their application development processes is not too difficult, but IT operations teams usually have much less experience with Kubernetes. Complicating this is the fact that most established financial services firms can’t or won’t get rid of monolithic core applications overnight. Unlike Monzo, which wrote its back-end in microservices, established financial services firms will need to architect hybrid applications with cloud-native front-ends running either in the cloud, in their data centers, or both, and connecting to back-end services running in the data center.

The Kublr platform enables IT Operations teams to deploy, run, and manage Kubernetes wherever they wish, but to architect a total solution there are several factors to consider. We provide our recommendations below:

Some Considerations Before Going Cloud Native with Kubernetes

Being able to develop, run, and manage cloud native applications in multiple environments means financial services must consider how they will address some key issues:

Leveraging the Scalability of the Cloud: Horizontal Pod Autoscaling vs. Node Autoscaling

While horizontal pod scaling scales applications horizontally increasing and reducing the number of running container replicas, it doesn’t take into account the infrastructure; it merely assumes there is going to be enough resources to start new container replicas when necessary.

Node scaling, on the other hand, is concerned with (automatically) adding new nodes to the cluster when more resources are needed, and stopping or removing underutilized nodes when not needed anymore.

Horizontal pod scaling is usually much faster; reaction time takes seconds vs. minutes for node scaling. Yet both technologies are needed to realize the benefits of automatic scaling in the cloud.

Sometimes migration to a cloud native architecture requires additional considerations, such as availability requirements related to compliance and pre-existing technology. For example, a mainframe database that isn’t easily scalable may require special precautions to ensure that cloud native applications in the presentation tier scaling up and down do not affect the availability of backend databases.

The new cloud native technology stack doesn’t only affect application development and delivery tools; it also requires QA and release process changes. Responsibilities shift and require adjustments to align with the faster release schedule. By its very nature, the infrastructure-as-code approach shifts certain infrastructure management concerns to Dev and introduces new DevOps practices. Some organizations adopt SRE (Site Reliability Engineer) roles to consolidate responsibilities for application quality and availability, and close the gaps between operations, QA, and development teams. In any case, processes and business are affected and need to be adjusted to get the best value out of the technology modernization.

A cloud native approach usually implies changes in application monitoring, visibility practices, and technologies. The most notable change is probably that cloud-native application identity and localization are much more fluid — application components include multiple (and dynamically changing) replicas that move freely between nodes within the clusters — or even across clusters — and scale up and down; cluster nodes lack identity and can be stopped and started again in response to changing demand. The application components consist of replicas from different versions and variants, and re-route traffic based on needs, e.g., rolling out a new feature, A/B testing, etc.

These dynamic environments call for new tools, such as Prometheus, Grafana, InfluxDB, M3, ELK stack, FluentD, and Jaeger, to name a few. Integration of these monitoring tools requires serious consideration and planning.

Trouble-Shooting Microservices with Jaeger, Zipkin and Other Solutions

Traceability is one aspect of monitoring and visibility that becomes particularly important as cloud native migration efforts move further along and switch focus from an infrastructure and platform layer to application refactoring. Replacing monoliths with a microservices architecture brings a number of advantages, but also comes with its own challenges, and traceability is one of them. Jaeger, Zipkin and other frameworks emerged to close this gap. They normally integrate well with cloud native microservices frameworks like Istio and container orchestration tools like Kubernetes.

The Cloud Native Future with Kubernetes

Across the industry, we are already seeing innovative financial services firms start to address all of these issues. Cloud native architectures are driving innovation in data science, IoT, and other areas that will provide both the threat of being disrupted and the opportunity for innovation.

SHARE THIS STORY
RELATED STORIES
Swarm, a User-Friendly Alternative to Kubernetes Kubernetes Needs to Take a Lesson from Portainer on Ease-of-Use What LaunchDarkly Learned from 'Eating Its Own Dog Food' 5 Best Practices for DevSecOps Teams to Ensure Compliance Platform Engineering Won’t Kill the DevOps Star
The Cloud Native Computing Foundation is a sponsor of The New Stack.
TNS owner Insight Partners is an investor in: Docker.
SHARE THIS STORY
RELATED STORIES
What Is the Docker .env File and How Do You Use It? Prometheus at 10: What's Been Its Impact on Observability? The Top 4 Threats to Securing Your Cloud Infrastructure Crossplane: What Most People Get Wrong (and How to Get It Right) What LaunchDarkly Learned from 'Eating Its Own Dog Food'
THE NEW STACK UPDATE A newsletter digest of the week’s most important stories & analyses.
The New stack does not sell your information or share it with unaffiliated third parties. By continuing, you agree to our Terms of Use and Privacy Policy.