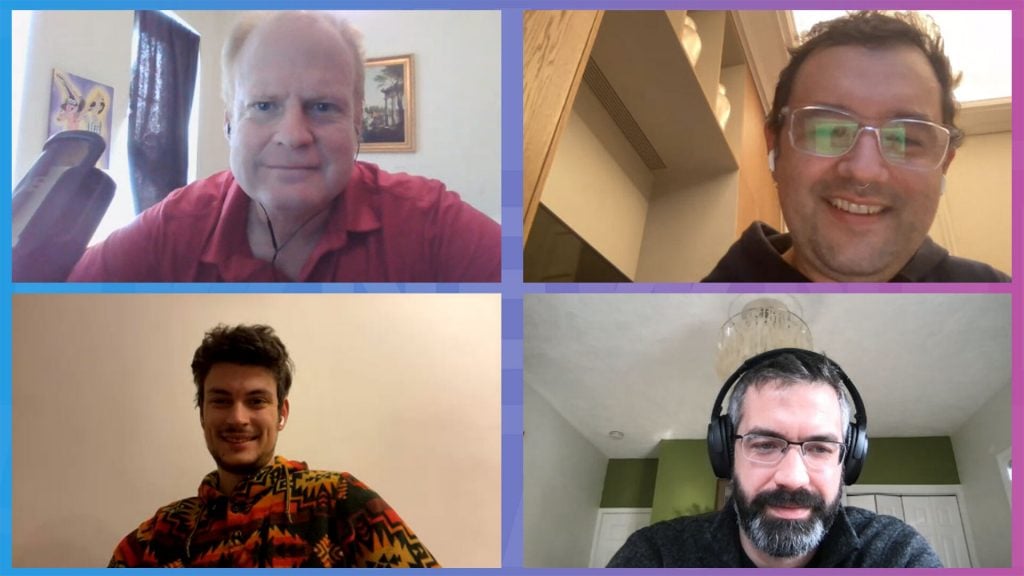 Want an easy way to get started in Web3? Download a desktop copy of IPFS (Interplanetary File System) and install it on your computer, advises Dietrich Ayala, IPFS Ecosystem Growth Engineer, Protocol Labs, in our most recent edition of The New Stack Makers podcast.

We’ve been hearing a lot of hype about the Web3 and its promise of decentralization — how it will bring the power of the web back to the people, through the use of a blockchain. So what’s up with that? How do you build a Web3 stack? What can you build with a Web3 stack? How far along is the community with tooling and ease of use?

This virtual panel podcast sets out to answer all these questions.

In addition to speaking to Ayala, we spoke with Rowland Graus, Product Manager for Agoric, and Marko Baricevic, software engineer for The Interchain Foundation, which manages Cosmos Network. an open source technology to help blockchains interoperate. Each participant describes the role in the Web3 ecosystem where their respective technologies play. These technologies are often used together, so they represent an emerging blockchain stack of sorts.

TNS editor-in-chief Joab Jackson hosted the discussion. Give a listen here, or peruse our notes below:

“With the idea being if somebody puts a block in that has something that is incorrect or invalid, there’s actually a significant economic penalty for them to do that,” Graus said.

IPFS is to Web3 what HTTP is to the web, Ayala explained. Instead of posting content such as a photo to an HTTP server, you would publish a file to a blockchain through an IPFS node, either your own or a commercially-hosted service. And instead of accessing the photo through a URL (Uniform Resource Locator), you could reference the content through its unique signature.

The signature is based on the actual bits comprising the file itself, so they can verify the document is authentic. IPFS is a peer-to-peer networking protocol, so multiple copies of the data can be hosted by different nodes. But for the user or developer, the file can be retrieved without actually knowing where it is on the blockchain. “It’s addressing data, no matter where it is on the network,” Ayala said.

Like Agoric’s proof-of-stake, the research around IPFS predates the modern Blockchain, drawing on decades of work around the goal of creating global “content-addressable storage.” Content-addressable data is, of course, well-suited for multi-party ledgers. It is also an essential element for maintaining records for NFTs (non-fungible tokens).

Perhaps inevitably, the tireless hordes of Web3 entrepreneurs will build out more than one blockchain. So how do they communicate, exchange information? This is the role that Cosmos Network sets out to accomplish. Like any good integration tool, it eliminates the need for writing and maintaining the specialized code for two specific blockchains to hook up.

“Instead of one blockchain having to maintain 500, connections, it can have one singular connection to the Cosmos Hub, and the Cosmos Hub’s servers and validators can man those 500 connections,” Baricevic explained. The integration job is not a simple one. It involves coordination across multiple custody providers, exchanges and other third-party providers. Baricevic called this conglomeration of blockchains and associated wares the “interchain.” The backbone of the Cosmos ecosystem is built on the Inter-Blockchain Communication (IBC) protocol, which handles transport across different blockchains.

“In many ways, you can think of IBC as like TCP/IP, where the underlying protocol is defined, but not how the messages between the blockchains are defined. It is really up to the application to develop these messages, and how to communicate with other chains,” he explained.