The Man Who Animates Bach 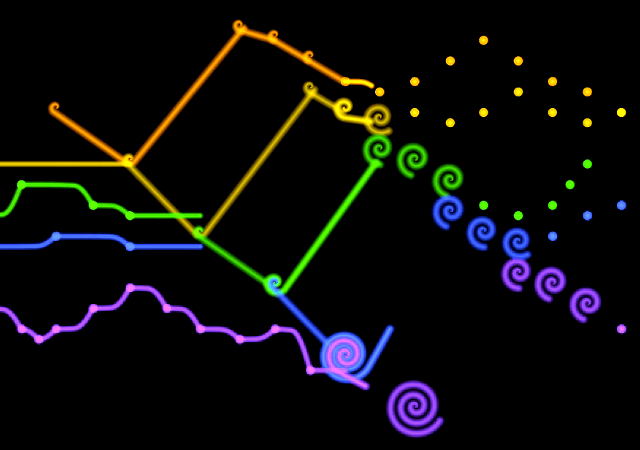 For decades Stephen Malinowski has been using computers to generate animations of classical music. Since 2005, his YouTube videos of those animations have racked up nearly 150 million views. 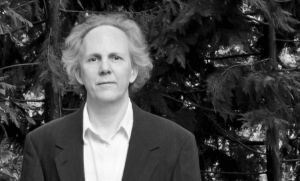 Earlier this month, Malinowski announced the completion of a very personal months-long project, that of animating every one of the scores for the 48 preludes and fugues in the first book of J. S. Bach’s Well-Tempered Clavier. After decades of work with animating musical scores, the 65-year-old composer/inventor used this opportunity to begin experimenting with even more new techniques, “to highlight each piece’s characteristic features…”

It’s another high point in a 40-year project to perfect the animation of classical music. Malinowski’s site describes how he first imagined animating music back in 1974. When Stephen was just 21, he’d listened to the orderly sonatas of Johann Sebastian Bach and the Brandenburg Concerto after taking LSD. While reading along with the musical score, “the notation seemed animated, as if it were dancing along with itself. The graceful shapes of the notes and the gestures of the music became a single thing. The progression from note to note seemed like footsteps,” he told the Dazed website.

His first reaction was concern. “I put down the score, stopped the recording, took off the headphones, and said to a friend who was with me, ‘I’m afraid that what I’m doing may be damaging my eyes.'”

When his friend assured him that was unlikely, he returned to the experiment, and “Soon after, I had the idea of making a new kind of score that would be easier to follow while under the influence of LSD…” In the early 1980s, he bought an Atari 800 and learned popular ’80s programming languages like BASIC, FORTH, and even 6502 assembler. 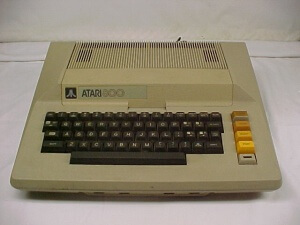 “The animation was jerky, and it sounded like a 1980s video game, but it worked!” he writes on one web page. But since it took him an entire week to create two minutes of audio — typing in every single note by hand — he hunted for a better solution, which turned out to be the MIDI music standard (which could translate the output of an electronic keyboard into a digital format).

In 1988, on a rainy night in Berkeley, Stephen finally achieved a personal milestone. He got his Music Animation Machine to perform the third movement of “Brandenburg Concerto #4,” the piece which originally inspired the project more than 14 years before. “I was so happy I wept.”

Stephen’s website collects some of the enthusiastic responses he’s received since he began uploading his videos to YouTube. “Watching these videos takes me to a special place I can’t describe,” wrote one viewer in 2012, after watching a particularly lively passage from Mozart’s “Jupiter” symphony. “Now when I look at a regular score I automatically see colored bars scrolling past my eyes,” wrote another viewer, after watching his adaptation of Beethoven’s 5th Symphony.

His work has been especially popular with younger viewers. “My 7-month-old son is mesmerized by your animations,” wrote one parent. “The sounds and coinciding colors fascinate him while helping his tired eyes and tired mind relax… I know I am insignificant, but thank you so much for offering beautiful representations of such timeless music.”

And one teenager wrote, “I started listening to classical music when I was 13 because of your videos now I’m 16 I’m learning this piece to be played on a synthesizer.”

A week ago he uploaded yet another colorful new animation, this time for Debussy’s “Clair de lune”. And it’s an inspiring reminder that after a lifetime of imagining, Malinowski is still out there on the internet, creating more gorgeous representations of some lush classical music.

SHARE THIS STORY
RELATED STORIES
Watch Out, Attackers Have Their Heads in Your Cloud! Java's James Gosling on Fame, Freedom, Failure Modes and Fun 2023 Will Be the Year FinOps Shifts Left Toward Engineering How to Get Started Filling 3.4 Million Cybersecurity Jobs It Happened to Me: How I Suddenly Owed AWS $13,000...
TNS owner Insight Partners is an investor in: Island, Prelude.
SHARE THIS STORY
RELATED STORIES
The Power and Ethical Dilemma of AI Image Generation Models Entrepreneurship for Engineers: Avoiding Feature Bloat Platform Engineering Won’t Kill the DevOps Star A Brief DevOps History: The Road to CI/CD Golden Paths Start with a Shift Left
THE NEW STACK UPDATE A newsletter digest of the week’s most important stories & analyses.
The New stack does not sell your information or share it with unaffiliated third parties. By continuing, you agree to our Terms of Use and Privacy Policy.