Many Mighty Amigas Still in Use 25 Years Later 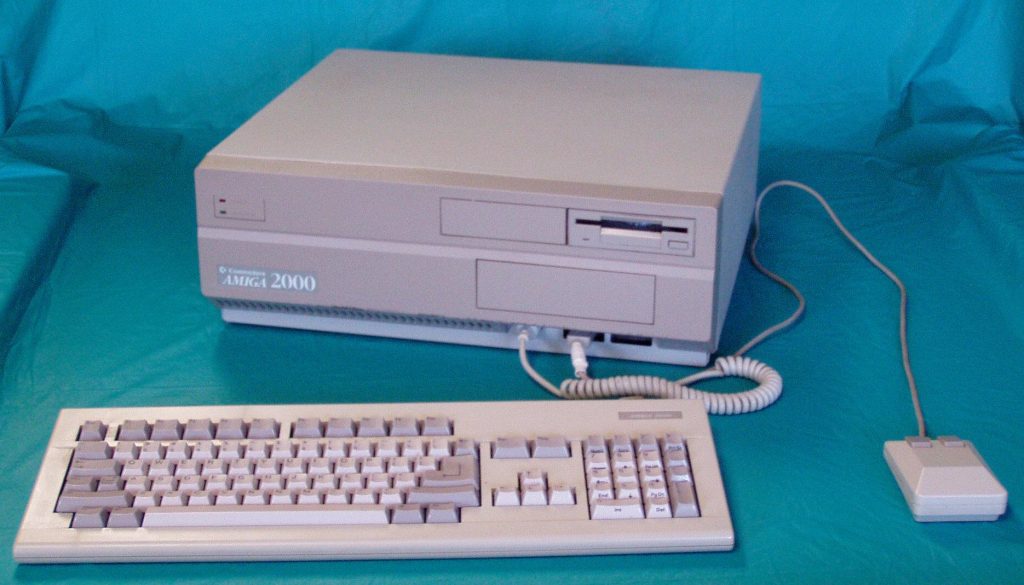 “In the mid-to-late 1980s, the Amiga was the undisputed champion of the demo scene,” remembers Ars Technica. “Its custom chips, multiple graphics modes, and 16-bit processor ran rings around PCs.”

Some wistful geeks are keeping its memory alive in their hearts, and this was the year we discovered that there’s still a handful of hardy Amigas that have been running continuously for the last 25 years.

It’s like the Amiga never really left us after all.

But why this special fondness for the decades-old device? “An Amiga could display 4096 colors at 360×576 resolution,” Ars reported, “while simultaneously playing four-channel stereo digital sound without taxing the CPU. A typical PC of the same time mostly ran in text mode or, if you were lucky, displayed at 320×200 in four glorious colors while sometimes managing to emit a solitary beep.”

The Amiga has a custom chipset with several coprocessors to handle audio, video and direct memory access, according to Addison-Wesley’s “Amiga Hardware Reference Manual. This freed up the CPU for other tasks, giving Amiga a competitive edge over its rivals.

An estimated 4,850,000 Amigas were eventually sold, with roughly 30 percent in the U.K., and another 30 percent in Germany. Reportedly, only 700,000 were sold in North America — roughly the same number sold in Italy.

And for a while, it was part of every conversation about home computing. Back in 1991, there was even a joke about it during an episode of Mystery Science Theater 3000. As the two robots debated whether PCs were superior to Macs, their friend Joel mischievously introduces a third option — before they all went back to heckling Gamera vs Barugon.

Open MST3K: PC vs. Mac – Crow and Tom Servo Throw Down on YouTube.

There’s still a real fondness for those little machines from long ago. But the arrival of 386 chips and 256-color VGA monitors began making PCs more attractive, and by 1994, Commodore had filed for bankruptcy. Its assets were purchased by German PC manufacturer Escom — which then also went bankrupt in 1997. Gateway 2000 purchased the brand name Amiga, but then later sold it without releasing any products.

But those 80s-era computers proved to be unusually durable. To answer the question “where are they now,” Last year Geek.com found one that had been in use continuously for 30 years in a school system in Michigan. “The Grand Rapids Public School district took a big step into the future back in the 1980s when it used money from an energy bond to purchase a Commodore Amiga computer,” it reported — noting the Amiga had replaced a computer the size of a refrigerator. For three decades that Amiga controlled the heat and air conditioning at the district’s 19 schools — while collecting temperature and other status reports — using a 1200-bit modem and wireless radio signals.

It was actually set up by a high school student, according to a local news report — and for the next 30 years, the school continued calling him whenever they had a problem. Over the years he had to scavenge for replacement parts on eBay, according to the report, and “If the computer stopped working tomorrow, a staff person would have to turn each building’s climate control systems on and off by hand.” But the hard-working device was finally scheduled to be retired after the state passed a $175 million bond measure last November.

It’s not the only ’80s-era computer that’s still churning away. There’s an auto-repair shop in Poland that’s been using the same Commodore 64 for over 25 years. Since 1991, somewhere in Gdansk, its 64 kilobytes of RAM have been enough to keep running some crucial homegrown software used to calculating weights for balancing drive shafts. Once a leaky window actually flooded the machine, according to one of the commenters on Facebook — and the story drew hundreds of admiring responses.

“Our first computer was a Commodore 64,” remembered another commenter. “The salesman said that it was the only computer that we would ever need. Maybe he was right!”

But somewhere in the world of retro enthusiasts sits one happy geek who may have scored the ultimate find. He ended up with an Amiga 2000 that had never been opened. It had 256 kB of ROM, 256 kB of RAM and a 3.5-inch floppy disk drive. And it sat unopened in its shipping box for more than two decades in a home in Manchester.

It’s especially sweet because The Amiga 2000 was Commodore’s high-end version of their 1987 PC. “As time went on, eventually the gentlemen that owned the Amiga passed away, never actually firing up the machine and his wife simply would not sell it. Eventually, his wife passed away as well and…it came time to liquidate the couple’s estate.”

Fortunately, the liquidators knew of a vintage computer aficionado named Glenn, who promised to give the device a good home. They sold it to him for 200 pounds — about $245, which is reportedly the price you’d pay for an old Amiga on eBay.

“Since this story was originally posted, Glenn has done some more unboxing and initial setup,” reported Hot Hardware, “and has his new Amiga 2000 up and running.”

And they added, “the case and keyboard are immaculate…”

Of course, it’s not just hobbyists who are using old machines. In May, CNN reported that America’s nuclear bombers are still controlled by a system using 8-inch floppy disks. “The GAO report says that U.S. government departments spend upwards of $60 billion a year on operating and maintaining out-of-date technologies. That’s three times the investment on modern IT systems.”

And some government hardware goes back in further. MuckRock.com — a site specializing in FOIA requests — recently launched a campaign to determine the oldest computer still in use by the U.S. government. They concluded it was the 1977 computers NASA launched into space on the Voyager 1 probes, which sent back photos from Jupiter in 1979 and Saturn in 1980, and is now wandering the vast reaches of interstellar space. Last year to update its software, NASA put out a call for a FORTRAN programmer.

But ultimately it seems like old machines survive because, somewhere deep in our hearts, we want them to. Out in Mountain View California, just a few miles from Google’s worldwide headquarters sits a restored a 1959 mainframe — complete with tape drives and card readers.

The Computer History Museum routinely fires it up for visitors who want to travel all the way back to a time before personal computers even existed. 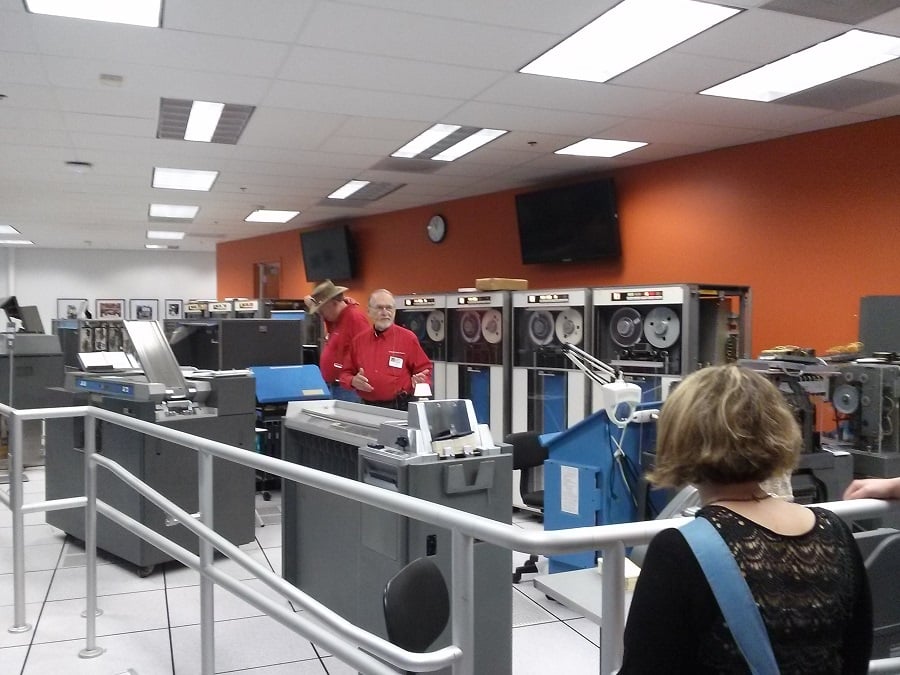