Maria DB Gets Reactive with a Non-Blocking Connector for Java 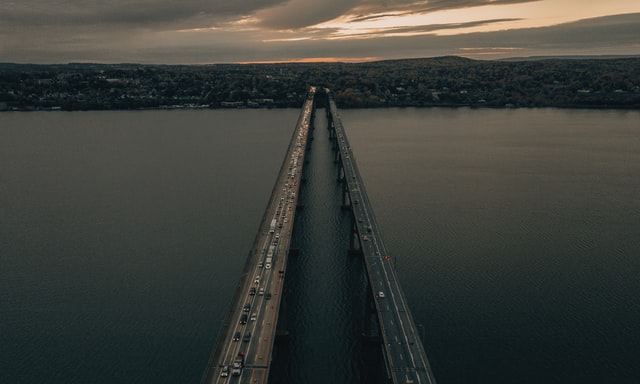 Until now, Java developers using MariaDB have had to rely on the Java Database Connectivity (JBDC) API, first released more than 20 years ago. The problem with JDBC is that it hasn’t necessarily kept pace with development methods, such as reactive programming, which uses asynchronous data streams. JDBC is a blocking API, which means that when a request is made, it remains busy until the response is provided. R2DBC, by contrast, is non-blocking, which means requests can be made and responded to while others are pending. With the addition of R2DBC, Rob Hedgpeth, director of developer relations at MariaDB, says that its users can now more easily enjoy certain benefits seen with other types of databases.

“This is really important for relational databases because this is kind of the catch-up point to some of the more NoSQL approaches. Things like MongoDB or Couchbase have had event-driven, or what we commonly refer to as reactive, interactions baked into them,” said Hedgpeth. “That was one of the advantages of the NoSQL movement, taking a look at the way things are, what was possible in a relational environment, and being able to add that to more of a NoSQL approach. This is an answer to that from the relational database side within the Java ecosystem.”

MariaDB’s R2DBC connector is an implementation of the R2DBC specification, which aspires to provide Java developers with an “event-driven, non-blocking and functional programming model that does not make assumptions over concurrency or asynchronicity,” according to that specification.

With JDBC, explained Hedgpeth, the developer has to handle spinning up multiple threads and managing the context, which he says is something they would rather not do.

“R2DBC’s focus is essentially trying to limit that, trying as much as you can to limit the thread count to one, essentially, and say, ‘Hey, I really just want to take advantage of the resources as much as I can,'” said Hedgpeth. “The MariaDB driver helps facilitate that.”

“The simplicity stems from R2DBC specification’s use of the Reactive Streams API, which is a very popular reactive programming library specification designed for handling asynchronous data streams using event-driven interactions that support an idea known as non-blocking back pressure,” explained Hedgpeth. “Basically this means that developers can use any Reactive Streams library implementation, such as Project Reactor or RxJava, they’d like in combination with R2DBC. So, whether developers are planning to create a new reactive solution or looking to swap out their MariaDB Connector/J (JDBC) driver they can do this very easily using MariaDB Connector/R2DBC.”

In addition to the release of the R2DBC connector, MariaDB also unveiled a Developer Hub, which includes how-tos and code samples, as well as step-by-step instructions on how to get started with R2DBC. The MariaDB Connector/R2DBC is available for download and through the Maven repository and MariaDB will be offering a webinar on creating fully reactive applications using R2DBC on Jan. 13 at 10 a.m. PT and 4 p.m. CET.

Mike is a freelance writer, editor, and all-around techie wordsmith. Mike has written for publications such as ReadWriteWeb, Venturebeat, and ProgrammableWeb. His first computer was a "portable" suitcase Compaq and he remembers 1200 baud quite clearly.
Read more from Mike Melanson
SHARE THIS STORY
RELATED STORIES
How to Lower Your Company‘s AI Risk in 2023 Presto: Data Analytics on an Open All-SQL Platform Get Started with Text Classification Dig Security: One Tool for Multicloud Data Security Hybrid Data Collection from the IoT Edge with MQTT and Kafka
SHARE THIS STORY
RELATED STORIES
The Architect’s Guide to Data and File Formats  Try a Neo4j Graph Database Right Here, Right Now Processing Large Data Sets in Fine-Grained Parallel Streams with SQL One Technology That Makes Renewable Energy More Efficient Get Started with Text Classification
THE NEW STACK UPDATE A newsletter digest of the week’s most important stories & analyses.
The New stack does not sell your information or share it with unaffiliated third parties. By continuing, you agree to our Terms of Use and Privacy Policy.