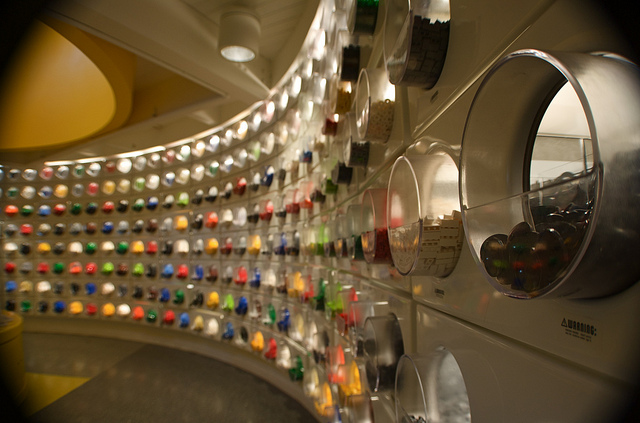 The interest in how databases are used with container technologies has become increasingly apparent. For example, Couchbase Server can run under Docker using Triton, Joyent’s Docker container service. And now MariaDB, the relational database, has a new release which includes support for Docker containers.

“Adoption of Docker is growing as is adoption of the automation tools. … Within the enterprise, so much of it is the day-to-day,”said Roger Levy, vice president of product management. “It’s deploying yet another database, it’s upgrading, reconfiguring. These are not the glamour areas, but it’s where customers spend a lot of time and effort. We really look to provide them with the support and ease of use with MariaDB Enterprise.”

Among the company’s summer release announcements:

MariaDB is the community-developed branch of the MySQL database, which Oracle acquired with its $7.4 billion buyout of Sun Microsystems in 2010.

Some members of the MySQL team, including David Axmark, Michael ‘Monty’ Widenius and Kaj Arnö, however, left Oracle to form their own MySQL support company called SkySQL, which changed its name to MariaDB Corp. last fall.

The new company, headquartered in Finland, has raised $31.9 million in venture funding, including a $20m funding round from a consortium led by Intel in 2013 and a $3.4 million Series B round in February.

Its commercial product, MariaDB Enterprise, using Red Hat’s model with Linux, is offered as a subscription service and is made up of server binaries based on the open source MariaDB community server.

Levy calls MariaDB the new “M” in the LAMP stack. It teamed up with Canonical and IBM on a new version called Turbo LAMP aimed at e-commerce. It is now the default database in in Red Hat and SUSE architectures. Its customers include Google, Wikipedia, Home Depot, Disney and others.

It also introduced MaxScale, an open source proxy that allows databases and apps to be decoupled, meaning admin processes can run without affecting apps, and apps modified without affecting underlying databases. It provides capabilities such as load balancing, sharding and firewall protection without the need to modify existing applications.

MariaDB also is included in Pivotal Cloud Foundry, Rackspace and other cloud stacks. Gartner has predicted that by 2018, more than 70 percent of new in-house applications will be developed on an open source database management system.

The myriad of databases in the market tackle different types of data: graphs, JSON files, key-value stores, social graphs and others. Antony Falco, CEO and co-founder of Orchestrate, previously told The New Stack he believes there are 35 to 40 databases in production that didn’t exist 10 years ago.

Falco said investors have predicted the consolidation in the market that has been taking place — the buyout of Orchestrate by CenturyLink Cloud and the acquisition of Foundation DB, for instance — as inevitable.

Levy sees a trend in the market to create a multi-purpose database. At its heart, he says, MariaDB is a transational database, though it offers an engine that handles graph data and supports an interface to Cassandra, which is a column store. It will be adding new capabilities such as JSON and key-value store in the future, and plans new tie-ups with Google and AWS later on, he said.

“It’s easier for a relational and transactional database, which already knows how to maintain all of the consistency and integrity of data to add capabilities like key-value and others, than for other types of databases to add the so-called ACID capabilities (atomicity, consistency, isolation, durability),” he said.

He said it’s common to hear within the industry that relational databases can’t scale.

“Yet some of our customers like Google, Wikipedia and Booking.com are running some of the biggest databases on the planet. … We’ve proven that relational databases can scale to quite dramatic lengths.”

ClusterHQ is definitely seeing demand from enterprises running databases in containers, so this is a good strategy for MariaDB, according to Michael Ferranti, vice president of marketing at ClusterHQ, parent company of data volume manager and cluster management tool Flocker.

“It is great to see both the uptake of MariaDB and their focus on providing an official Docker image to make it easier to run MariaDB in a container,” he said.

“Since Flocker works with any database that runs on Linux, it is easy now to run MariaDB in a container and have it be portable between servers, something that is a requirement for most operations teams running databases in production.”

In a piece at InfoQ, Luke Marsden, CTO and founder at ClusterHQ, talked about four advantages to running a database in a container, including:

The biggest downside, Ferranti said, is that without proper tooling, databases running in containers break if a container is ever moved to a different server.

“With Docker, when you move a container between servers, something that is often called scheduling or rescheduling, the data volume that the database was accessing stays on the original server. When a database starts up without its data, the application is essentially broken,” he said, pointing out that with Flocker, the data volume moves with the container.

Docker-hosting platform Tutum built one of the first MariaDB container images in April 2014. Tutum has its containerized MariaDB open source repository available in GitHub, and it’s also publicly available in the DockerHub, where it has been downloaded more than 17,000 times, according to Tutum CEO and co-founder Borja Burgos Galindo.

By maintaining its own Docker image, MariaDB will make installation and deployment of the database easier, he said, adding that while there continue to be issues with volume and data management when using containers, running a containerized DB is great for development and testing purposes.

Docker, IBM, Pivotal and Red Hat are sponsors of The New Stack.