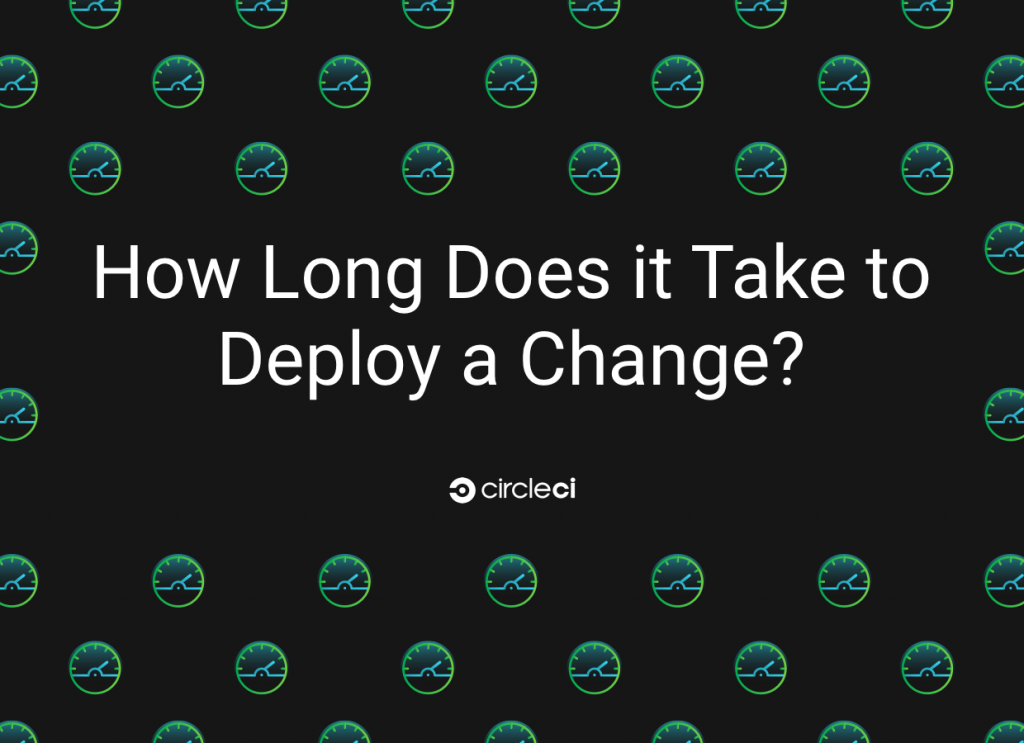 Circle CI sponsored this post.
This is the third article in a three-part series about Measuring Engineering Velocity sponsored by CircleCI. Read more about mainline stability in part 1 and deploy frequency in part 2.

If you’re planning to adopt DevOps, good news: Companies that embrace DevOps practices are more successful, no matter what industry they’re in. However, it’s not uncommon for engineering leaders to stumble when trying to institute DevOps practices. Tracking key metrics — such as mainline branch stability, commit-to-deploy time (CDT) and deploy frequency — can help accelerate the DevOps journey, while improving opportunities for velocity and growth. Our new CircleCI report takes an in-depth look at these metrics, based on a sample of GitHub and Bitbucket organizations built on CircleCI’s cloud platform in mid-2017. In this article, we cover deploy time; read more about mainline branch stability in part one and deploy frequency in part two.

Deploy Time: The Benefits of Faster Changes and Patching

After the code has been written, reviewed and tested, it still needs to be delivered to users. The time it takes for code to move from the mainline branch to production can range from a few minutes to many hours — a cost incurred every time an organization’s codebase changes for new features or bugfixes.

Deploy time is a measurement of deploy cost. The lower the deploy time, the less expensive it is to change your product. When deploy time is short, engineers waste less time waiting for deploys, allowing them to start new work more quickly. Product owners can conduct more experiments and build more prototypes. Customers see changes faster, and bugs are patched within minutes of being spotted.

Findings: In this study, deploy time was measured as the number of wall-clock minutes between queuing a build and completing the build. We found that deploy time is largely kept under control, with 80.2 percent of organizations deploying in under 15 minutes. The fastest organizations (95th percentile) deploy in 2.7 minutes, while the median is at 7.6 minutes. From there, a long tail extends to 30 minutes for the bottom 5th percentile. 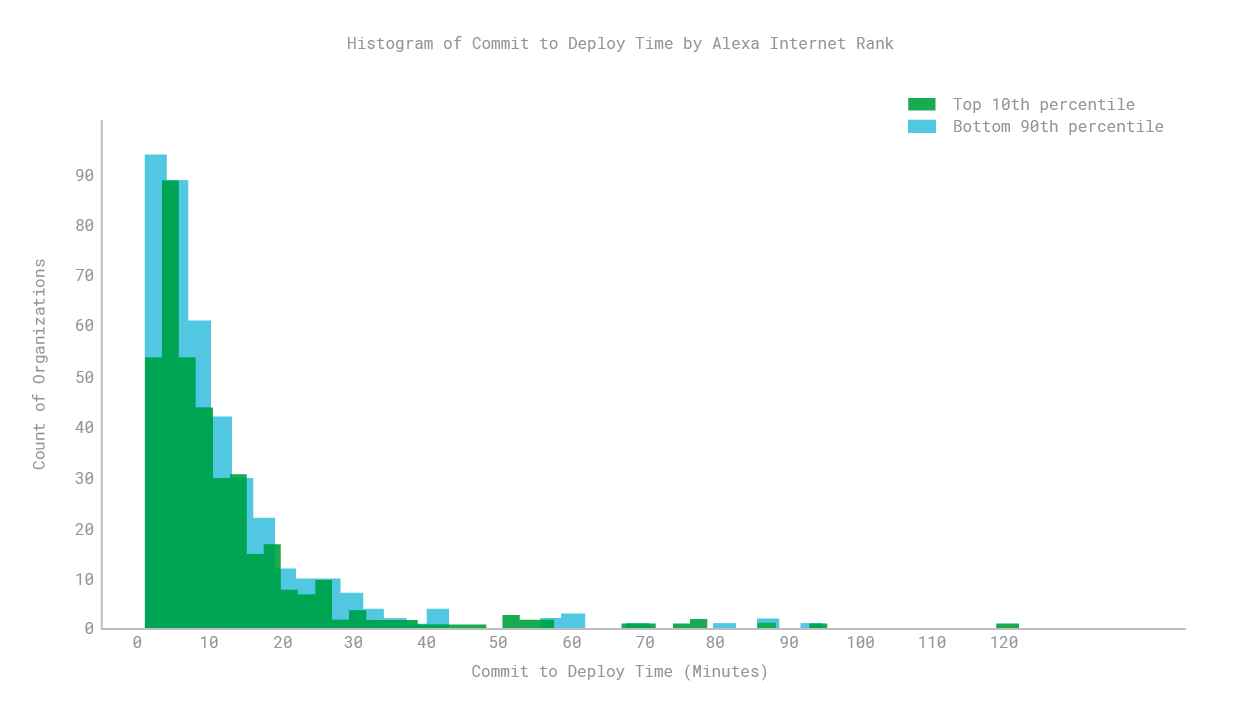 Customers as QA: Organizations with robust test suites can reduce time spent performing manual QA, which helps reduce deploy time. However, technology isn’t the only factor: It also requires highly optimized processes, including few bugs, efficient recovery from failure, and constant monitoring. Having these pieces in place allows organizations to treat customers as the QA team — at least where it’s safe to do so. This doesn’t mean that QA isn’t important, only that there’s a definite advantage to automating expensive manual work where possible.

Moving quickly without proper testing will result in lower stability and higher deploy frequency – and organizations focusing only on velocity may have to spend more time fixing their mistakes. This might explain why, despite higher deploy time, these companies still deploy more – not because they planned to, but because they have to.

In contrast, organizations that only prioritize deploy frequency increase the likelihood of instability as cruft and technical debt increase. Shipping buggy code also increases the need for more deploys to fix problems. Therefore, deploy frequency can’t be safely treated as the definitive measure of an organization’s velocity.