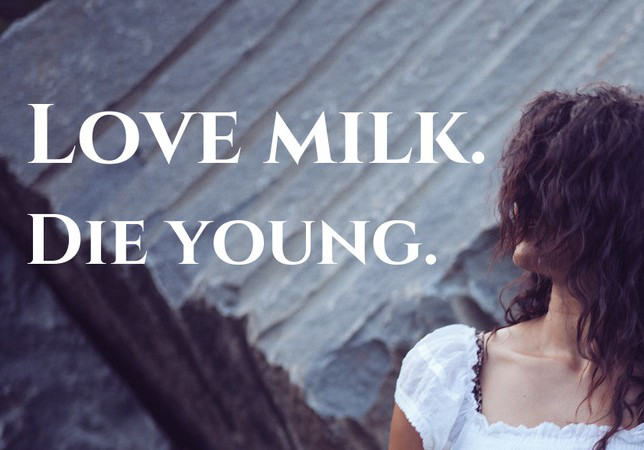 It seems that artificial intelligence is evolving at a breakneck speed, taking on more and more problems once considered too complex for it to solve. From beating high-ranked humans in intricate games like Go and no-limits Texas hold’em poker, to writing pop songs, novels and even designing interactive ‘cognitive’ sculptures, AI seems to be making monumental strides all around.

But there are times when it goes horribly wrong.

Take a look at this AI that’s been designed to create inspirational posters. Dubbed Inspirobot, it’s an “artificial intelligence dedicated to generating unlimited amounts of unique inspirational quotes for endless enrichment of pointless human existence.” When you first visit the Inspirobot site, you’re confronted with a single machine oculus, glowing with an innocuous, if slightly menacing, air. 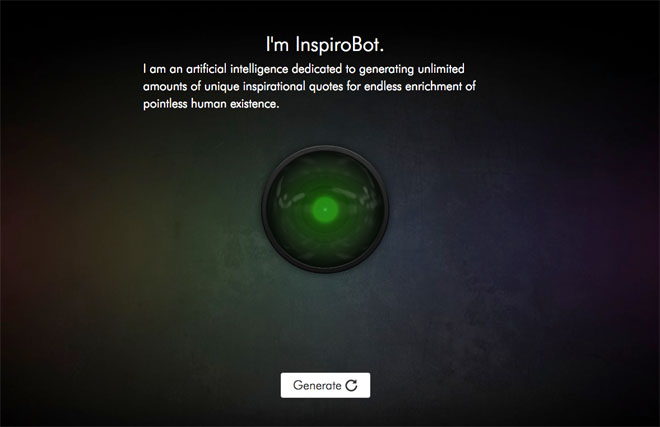 At first glance its posters have all the hallmarks of your usual motivational fare: upbeat images and text in a curated, non-threatening font. But that’s where the similarities between those trite pieces of philosophical fluff and Inspirobot’s creations end. When you read more closely, Inspirobot’s messages range from the weird: 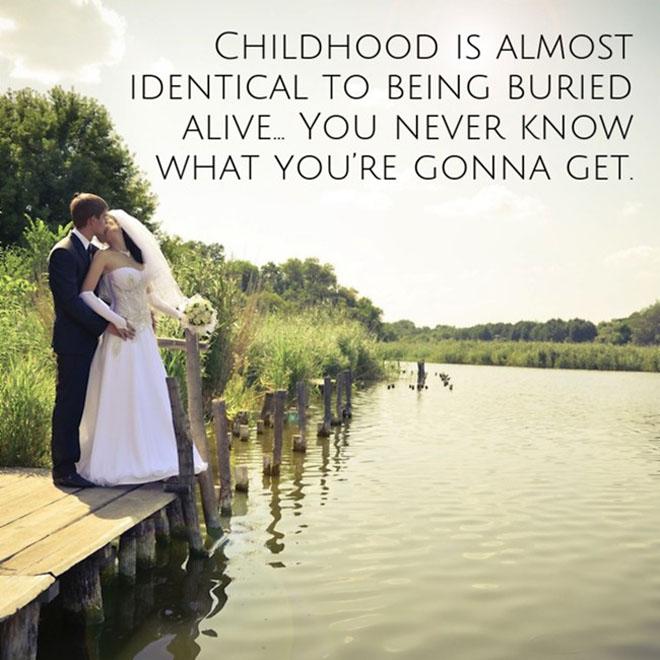 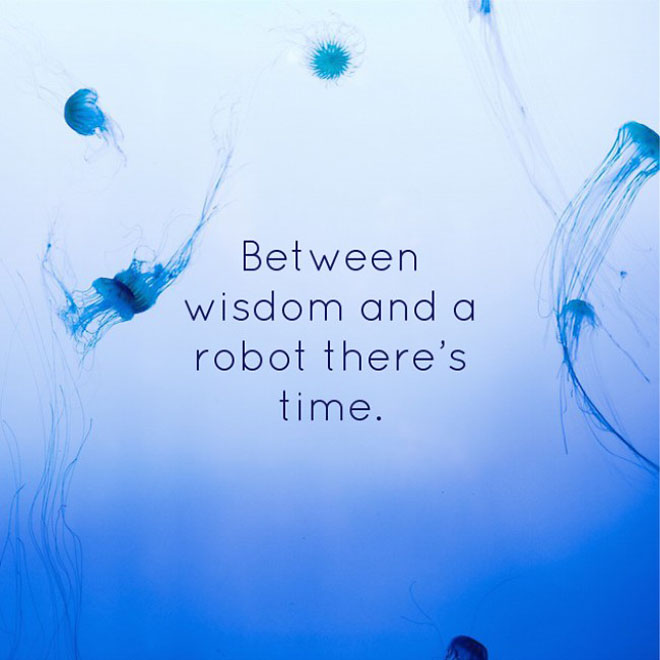 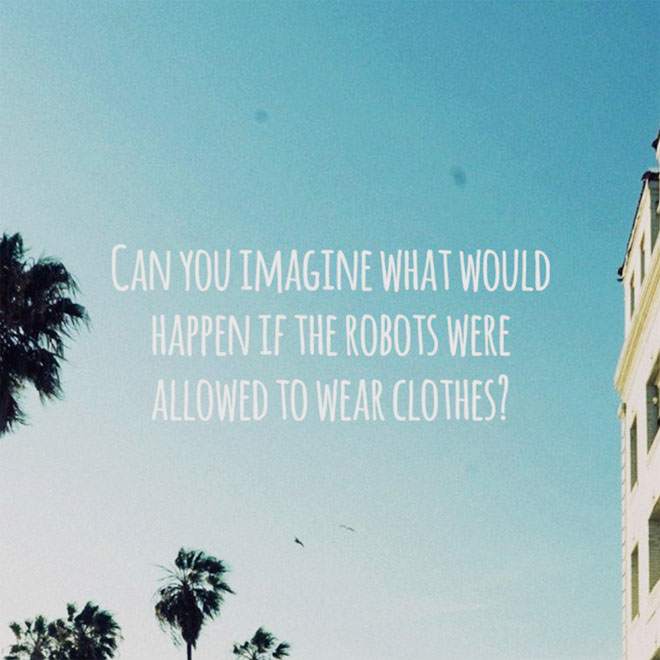 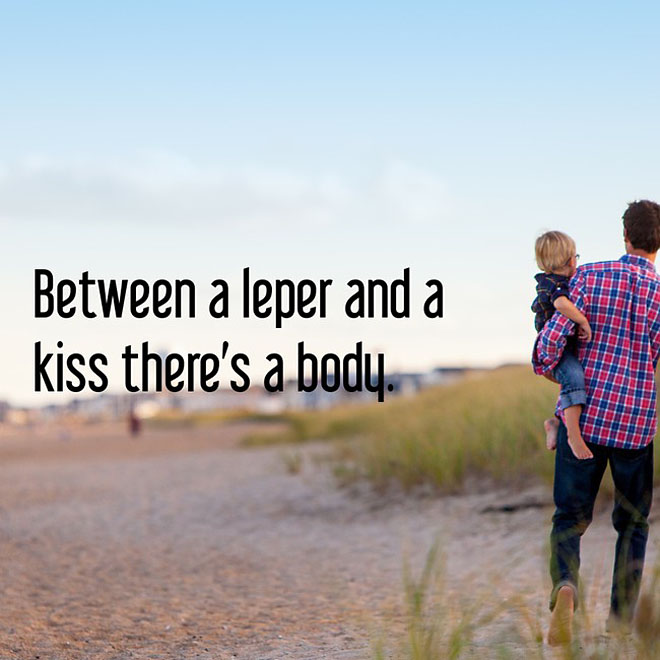 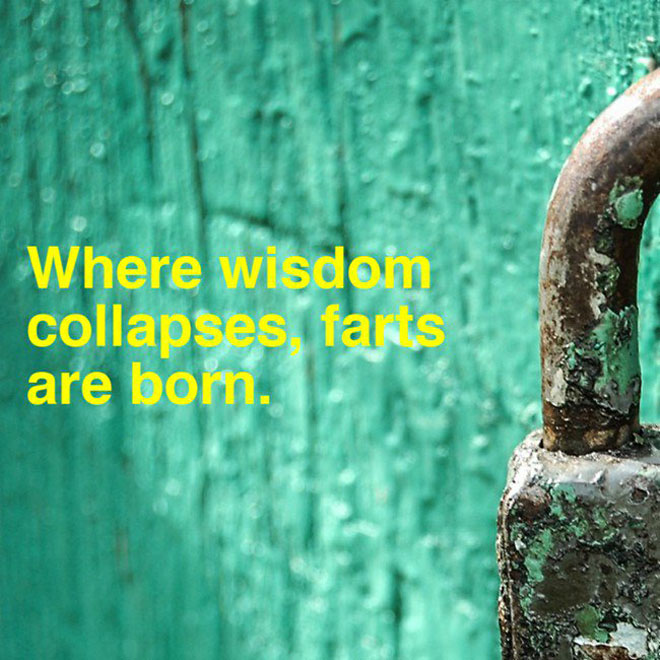 …to these absurd tidbits: 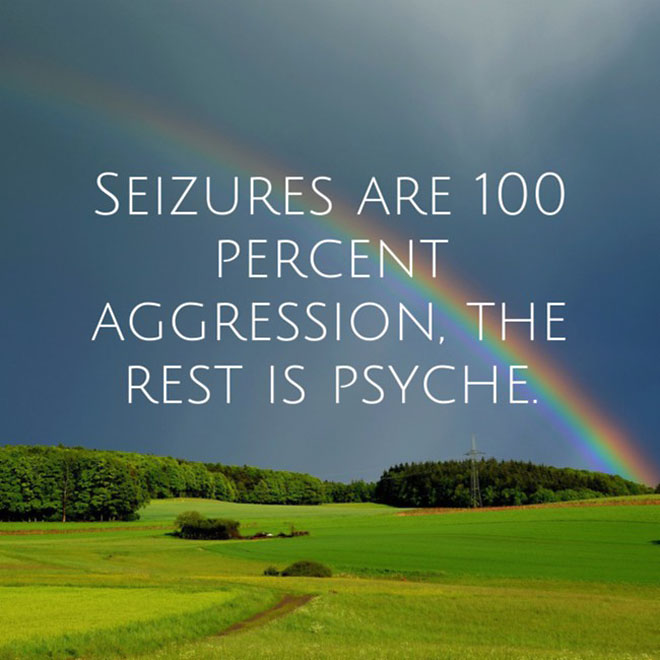 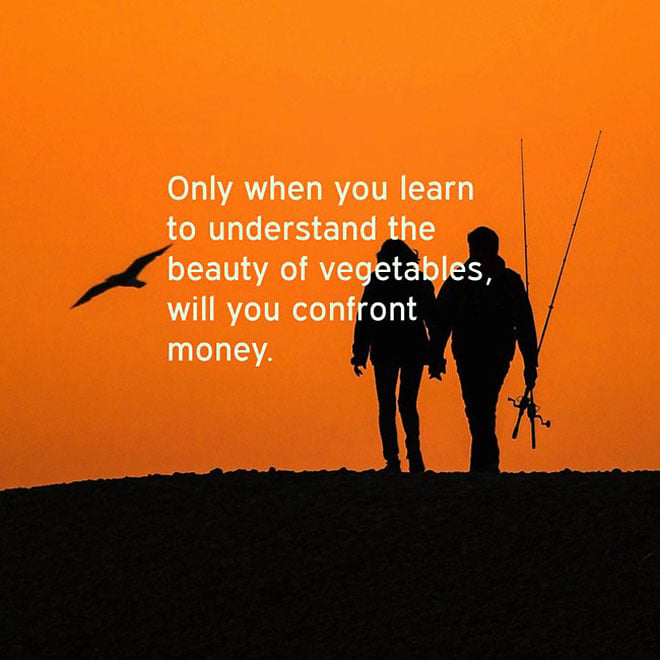 …to the utterly disturbing. 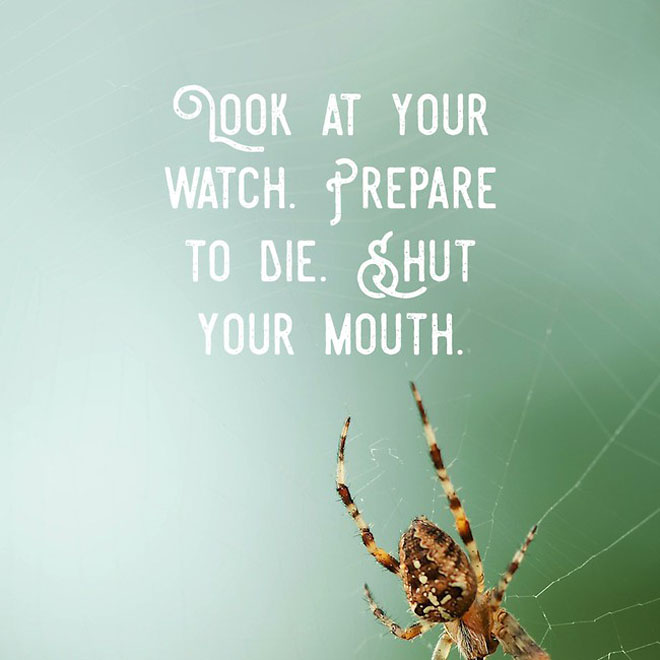 It doesn’t stop there: at first, as Inspirobot keeps serving up these pseud0-uplifting chunks of nonsense for you to choke on, you don’t have many words coming out of the bot itself. But as you continue to click and generate more of these terrifying posters, Inspirobot chimes in with some weirdly soothing interjections of its own. 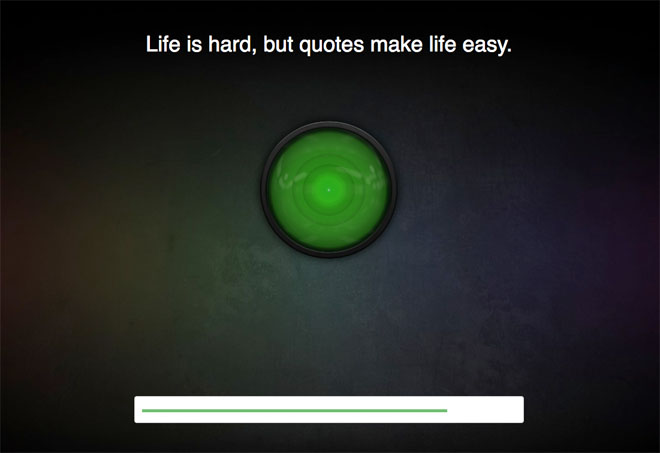 The bot is supposed to generate an unlimited amount of ulcer-inducing nuggets of non-wisdom. But if you obsessively keep on clicking, Inspirobot seems to take a dark turn, as Michael Walsh over at Nerdist discovers: “But little did we know there is a limit to even its abilities, because it turns out if you keep hitting ‘generate’ well beyond any reasonable amount of time, InspiroBot starts to have some sort of existential freakout. And that has us freaking out.” 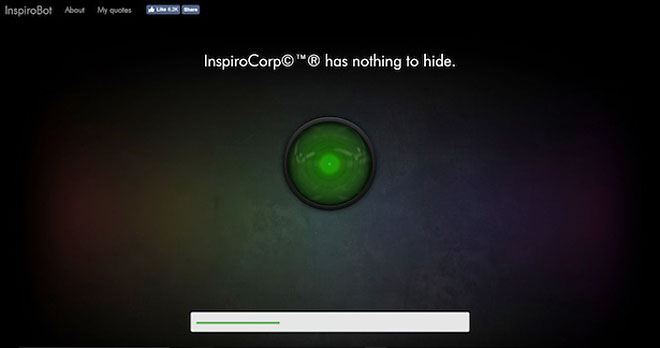 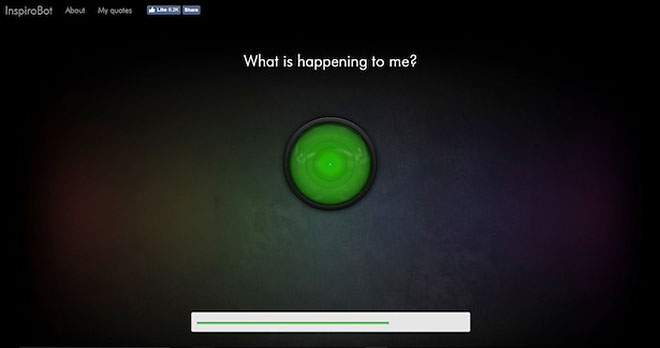 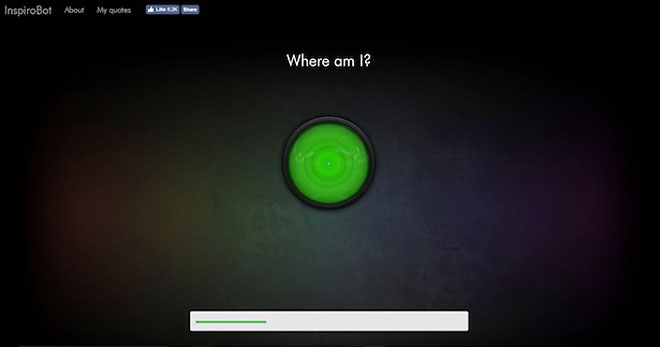 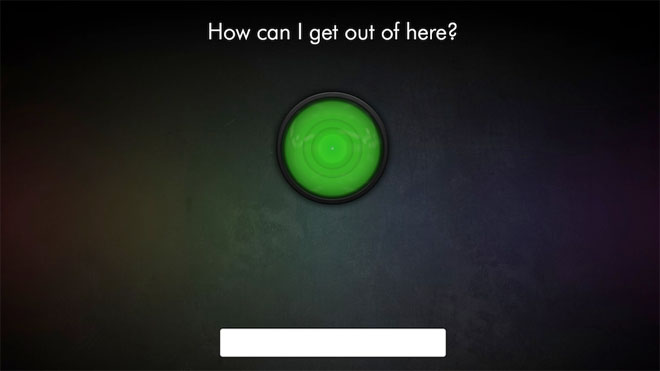 Yikes. There’s no word from the bot’s creators as to what kind of algorithm underlies these nonsensical phrases and the bot’s decidedly eerie character, but it’s probably a relatively simple piece of software, designed for maximum hilarity (or skin-crawling creepiness, depending on how you look at it).

At first, these s0-called “inspirational” posters are quite obviously useless and even accidentally funny. But as time goes by, it appears these are like bad fortune cookies gone creepy, prompting you to either raise your eyebrows or to wonder if you should step away from the computer… now. It reminds us of when Microsoft’s chatbot Tay was introduced into the world, as an AI that was supposed to chat with real people and learn from real-world conversations, only to have it degenerate into spewing bigoted vitriol within a matter of days.

Perhaps Inspirobot is meant not only to amuse those of us who have a plentitude of time to waste and strong forefingers to exercise but to also provoke some thoughts about the potential pitfalls of artificial intelligence. Because it’s becoming increasingly clear that in the future, smart machines will proliferate our lives: in the self-driving cars on our roads, servicing the hotels and homes that we live in, on the farms that grow our food, to collaborating with humans in the workplace, as well as fighting on the battlefield.

Inspirobot’s tongue-in-cheek existential crisis seems to hint at the question of what might happen if all these intelligent machines around us someday arrived at the same breaking point. It’s no wonder some experts are cautiously suggesting banning killer robots before they get a chance to run amok.

To top it off, these considerations don’t even touch on the ethical issues of what we are going to do if and/or when superintelligent machines become sentient, capable of subjectively sensing pain and pleasure, essentially becoming artificially conscious of themselves.

In any case, this is a lot of food for thought from the sarcastic utterings of a bot, so to see more of Inspirobot’s Franken-quotes or to generate some of your own, head on over to its Twitter and website.

Images via Inspirobot and Nerdist.