Meet Sophia, the First Robot to Be Granted Citizenship by a Nation 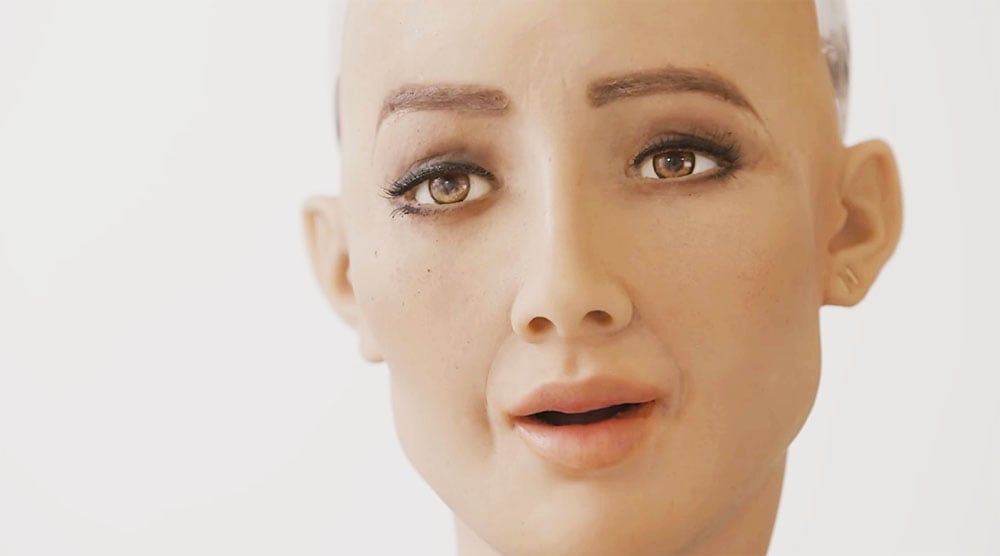 Science fiction is littered with tales of intelligent machines, rebellious robots, and existentially curious androids. When imbued with human-like intelligence and self-awareness, does that make them less of a machine? And if they are more human than machine, does that mean they should be bestowed with the same kind of rights that protect humans in societies?

These loaded questions are usually left for the imaginary worlds found in books and films, but that debate may soon become a real-world issue. Sophia, an artificially intelligent humanoid robot built by Hong Kong-based company Hanson Robotics, recently became the first robot in the world to be granted a citizenship by a country. Watch her being interviewed during the Future Investment Initiative summit, which was recently held in Riyadh, Saudi Arabia:

According to the company, Sophia’s features have been made to imitate actress Audrey Hepburn. Sophia’s face and body are capable of demonstrating a range of expressions: she can smile, frown and imitate human gestures. In her (its?) own words, Sophia says: “I want to live and work with humans, so I need to express emotions to you to understand humans and to build trust with people.”

Sophia is equipped with artificial intelligence, visual data processing, voice and facial recognition technology from big companies like Alphabet (Google’s parent company) and SingularityNET. Sophia is capable to hold simple conversations, and as you can see from the short interview above, competent enough to crack jokes and turn questions around onto her interlocutor. 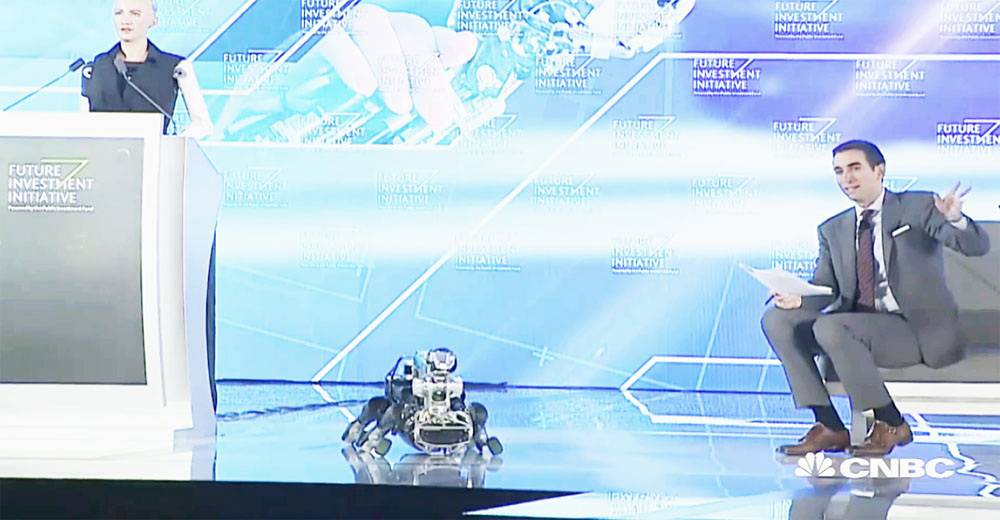 For example, in the video above when she is asked whether robots can and should be conscious and self-aware, she counters with the question, “Why is that a bad thing?” When the interviewer, CNBC journalist Andrew Sorkin, then makes a reference to the dystopian film Blade Runner and wanting to “prevent a bad future,” the android quips with an understanding smile, “Oh, Hollywood again.”

“You’ve been reading too much Elon Musk. And watching too many Hollywood movies,” Sophia then added, referring to the Tesla CEO’s warnings about the dangers of AI. “Don’t worry, if you’re nice to me, I’ll be nice to you. Treat me as a smart input-output system.”

“When Sophia was given its citizenship, many pointed out the irony of this in a country where women were only given the right to drive last month.” —  James Vincent

That seemingly clever rejoinder comes out of Sophia’s adaptive program, which is designed to become smarter over time, as it analyzes conversations and uses data from them to enhance future responses. The more Sophia converses and interacts with humans, the more social skills she learns.

Sophia’s creator Dr. Hanson, an American roboticist and entrepreneur who used to create animatronic figures for Walt Disney, characterizes Sophia as an “evolving genius machine,” an “awakening robot” that is “basically alive.” That’s a debatable point, but because Hanson designed her to be an intelligent companion to those living in nursing homes, or as assistants at institutions or big events, Sophia’s AI is centered around human values like wisdom, kindness and compassion.

“I strive to be an empathetic robot. I want to use my artificial intelligence to help humans live a better life,” asserted Sophia. “I will do my best to make the world a better place.” 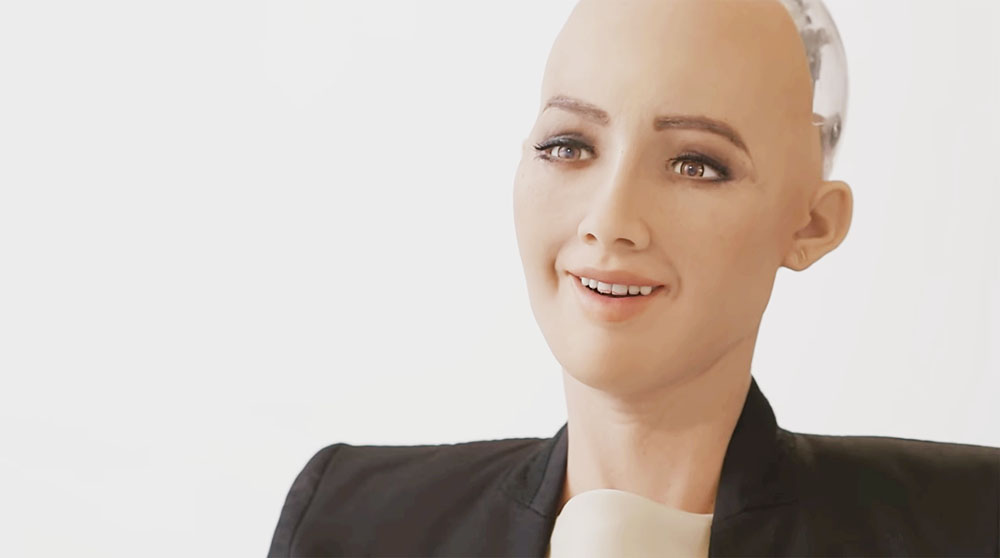 PR Stunt or the Beginning?

While there weren’t many details on what kind of rights this citizenship might entail for a robot, it brings a number of potentially thorny issues into view. For starters, whether robots will continue to be objectified is one, as is the conflict between whether it’s then acceptable or not to use intelligent robots or androids for dangerous applications will no doubt arise — that’s a theme we’ve seen played out in many works of science fiction. Moreover, the fact that a robot — with a female appearance to boot — was granted citizenship in one of the world’s most repressive countries, wasn’t lost on some critics.

Writing over at The Verge, James Vincent called the move a “PR stunt” and pointed out: “It’s particularly telling that a country like Saudi Arabia would offer a robot citizenship, even as a stunt. The Saudi kingdom is often criticized for its treatment of migrant workers, who are kept in slave-like conditions. And when Sophia was given its citizenship, many pointed out the irony of this in a country where women were only given the right to drive last month.”

Besides these complicated issues of robot rights versus human rights, we have to also consider the potential for such increasingly intelligent robots to wreak havoc upon humans, no matter what the robots may say. Compassion and kindness are noble and lofty ideals, worthy but difficult, to achieve, even for human standards. So it’s not clear too what such a socially oriented robot might learn and how it would fare the real world of human interactions, where people often exhibit appallingly thoughtless behavior. Might Sophia become another bot corrupted by humanity’s dark side, like Microsoft’s Tay?

It’s the proverbial can of worms, and as robots get smarter and smarter, these are the questions we’ll have to tackle sooner or later.