Meet Kengoro, the Robot that Sweats to Cool Itself Down 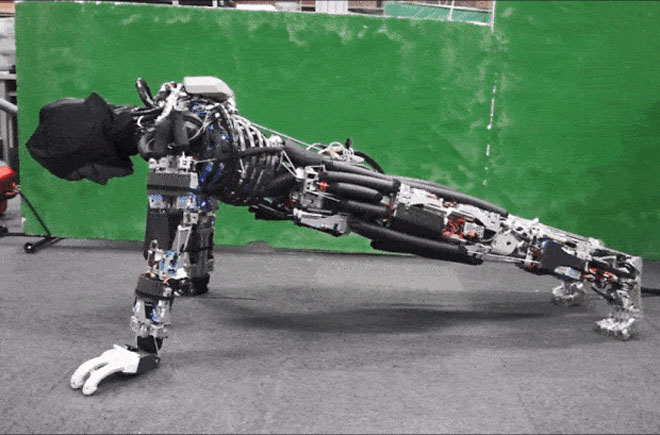 With an eye toward a future where robots that will work collaboratively alongside humans, or perhaps more unsettlingly, even replace them completely, robots have been gaining some human-like capabilities as of late. Researchers are working on instilling the ability to feel pain in our machine counterparts, as well as the potential to be controlled by bacteria-based brains, in an effort to create robots capable of responding to environmental stimuli with some degree of autonomy.

Another robot-related problem is the issue of overheating. Like humans, when robots work hard, they tend to overheat. Perspiration is nature’s solution for thermoregulation in mammals, and now, researchers at the University of Tokyo’s JSK Lab have developed a similar sweating process to cool down a humanoid robot nicknamed Kengoro.

The 123-pound, five-and-a-half-foot tall Kengoro is the latest in the JSK Lab’s line of biologically inspired robots which boast human-like musculoskeletal systems. Kengoro builds upon its predecessors, consisting an array of circuit boards, gears, and 108 motors that help it to move with near-anthropomorphic grace.

What differentiates Kengoro from the previous models is its ability to use its metal structural frame as a coolant delivery system. Instead of relying on bulky fans, radiators and heat sinks, water can ooze out from its metal ‘bones’, flowing around its motors and cooling them down as the liquid evaporates. Watch Kengoro in action as it does push-ups at full steam, and get a closer look at its robotic sweat ‘glands’:

According to IEEE Spectrum, water is able to percolate out of Kengoro’s metal frame, which consists of 3D printed aluminum powder that has been compacted solid with the heat of a laser (or in industry terms, it’s been “sintered”).

Additive manufacturing processes such as this allow for great precision and control, allowing the researchers to play with the material’s permeability by varying the energy density of the laser during fabrication. Using this technique, the team was able to create aluminum components that had some areas with higher permeability than others, laying down a system of digitally fabricated “microchannels” that help guide the water. As one can see in the image below, the laser-sintered aluminum has a permeable channel in it — it’s barely perceptible, but it’s the area that looks a bit darker than the rest. 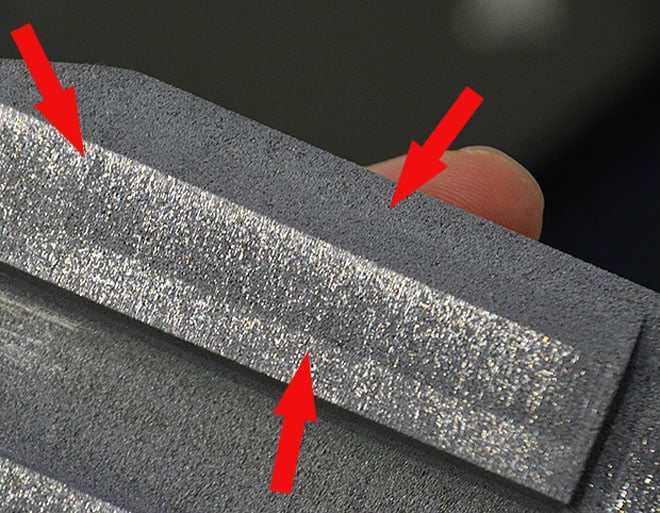 The team’s clever design combines structural utility with an important, functional requirement, rather than adding more weight with cooling fans or radiators.

“Usually the frame of a robot is only used to support forces,” said the project’s lead Toyotaka Kozuki. “Our concept was adding more functions to the frame, using it to transfer water, release heat, and at the same time support forces.” 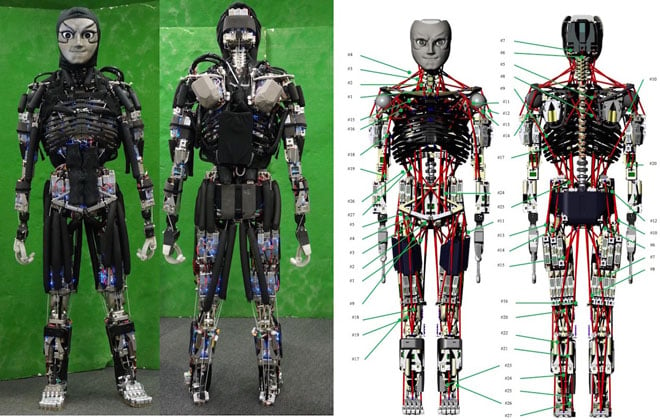 The robot’s sintered aluminum ‘bones’ have also been printed to contain different stratifications of increasing porosity, starting from the deepest layer, which helps the discharged liquid to evaporate evenly from its surface, instead of having it inconveniently dripping everywhere. 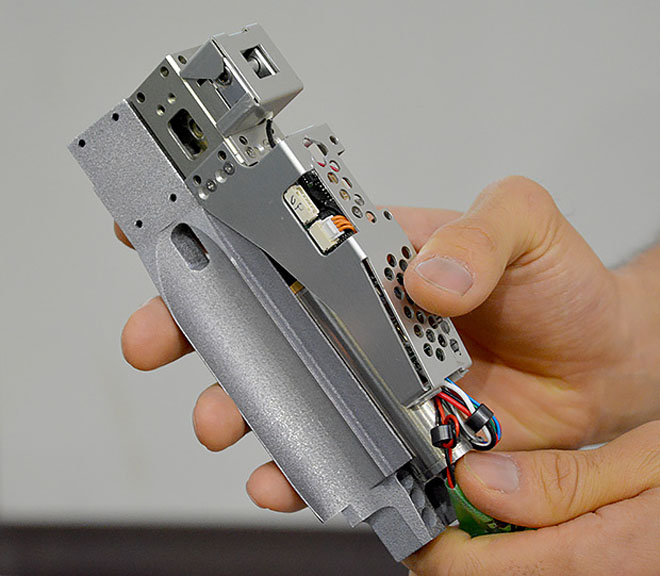 Somewhat similar to human sweat, which is made up of mostly water, Kengoro’s ‘sweat’ is made up of deionized water, of which it needs a cup and a half every 12 hours to maintain optimal temperatures. According to the scientists’ tests, this unconventional method of cooling actually works three times better than air-based cooling or merely sending water around interior conduits. The only catch is that it’s not as powerful as active cooling, which requires a more energy-intensive option like radiators. Nevertheless, this innovative technique does allow Kengoro to operate at full exertion for longer periods of time without overheating. As one can see in the video above, it’s able to do push-ups for 11 minutes non-stop — which is pretty impressive, even if you’re not a robot. 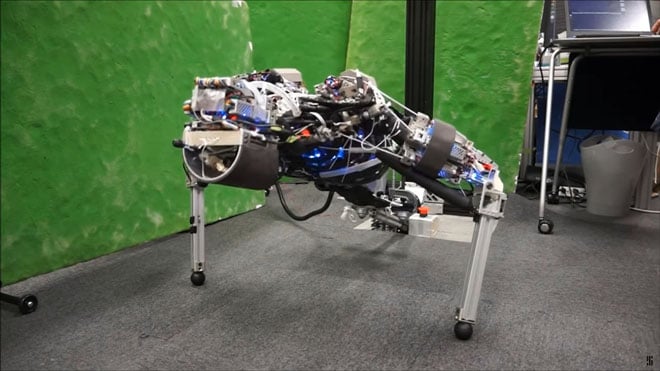 So what does this mean for us humans? A self-regulating, autonomous humanoid robot would be a departure from the less threatening-looking collaborative robots we’ve seen thus far, and would probably lend some weight to fears that the forthcoming robot apocalypse will have robots replacing humans in all kinds of jobs. On the other hand, an increasing roboticization of society could also mean creative human potential could be freed from tedious busywork and turned to other, more satisfying outlets — or at least, we hope so. More, over at JSK Lab.