Meet the New Boss of the Cloud Native Computing Foundation

We spoke with Priyanka Sharma, the new general manager for the Cloud Native Computing Foundation, about her visions and strategies for moving CNCF forward.
Jun 5th, 2020 3:00pm by Joab Jackson 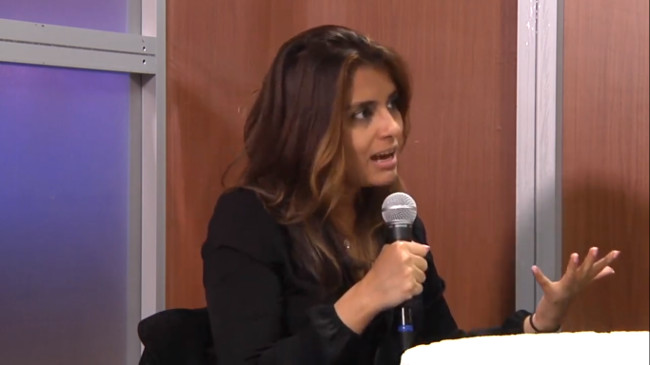 Welcome to The New Stack Context, a podcast where we discuss the latest news and perspectives in the world of cloud native computing. For this week’s episode, we spoke with Priyanka Sharma, the new general manager for the Cloud Native Computing Foundation, about her rich work history and her visions and strategies for moving CNCF forward. Also joining the convo is Chris Aniszczyk, CNCF chief technology officer.

This week, the CNCF announced that Sharma will now lead the Cloud Native Computing Foundation, taking over the role filled by former Executive Director Dan Kohn.

Previously the director of cloud native alliances at GitLab, Sharma brings a wealth of experience to this leadership role, including work on several CNCF projects and as a member of the CNCF board of directors. She has also served as a liaison to end users for various communities. In effect, she brings CNCF a full range of experience, working with end users, project contributors and board members.

Why work on a technology as thorny as distributed computing? Sharma replied:

What really got me was just the thoughtfulness of the people involved. When you’re dealing with really large-scale systems, you have to have a degree of humility. We are going to do our best, but we know, like, we’re not gods over here. The type of people that it was drawing were just really cool. I got along with them. Whether it’s computer science or social science, it ends up being a lot about the people you work with, the people you learn from, and I just clicked with them.

We also pepper Aniszczyk — who has been with CNCF since the organization’s inception in 2015 — about various aspects of CNCF and cloud native technology, including what he sees on the horizon for startups in this new post-COVID era, and, of course, the voluminous CNCF Interactive Landscape of cloud native technologies:

The map “just reflects the reality of the situation. There is an amazing plethora of technologies out there, we would be lying to our end users and members otherwise. I think it reflects that the space is complex. And that’s fine. There’s people building ways to simplify things and [that] helps our community realize what options are out there,” he said.

Then, later in the program, we discussed a few other top podcasts and posts from the week:

Joab Jackson is Editor-in-Chief for The New Stack, assuring that the TNS website gets a fresh batch of cloud native news, tutorials and perspectives each day. He has logged over 25 years in infrastructure IT journalism, including stints at IDG,...
Read more from Joab Jackson
SHARE THIS STORY
RELATED STORIES
Kubernetes App Deployment from the Command Line How Capital One Performs Chaos Engineering in Production What Trouble Awaits Cloud Native Security in 2023? Crossplane: What Most People Get Wrong (and How to Get It Right) MicroK8s and Portainer: The Easiest Way to Deploy an App on Kubernetes
TNS owner Insight Partners is an investor in: The New Stack.
SHARE THIS STORY
RELATED STORIES
Why CIEM Plays a Key Role in Your Cloud Security Strategy Entrepreneurship for Engineers: Building for Customers’ Love What LaunchDarkly Learned from 'Eating Its Own Dog Food' Swarm, a User-Friendly Alternative to Kubernetes Kubernetes Needs to Take a Lesson from Portainer on Ease-of-Use
THE NEW STACK UPDATE A newsletter digest of the week’s most important stories & analyses.
The New stack does not sell your information or share it with unaffiliated third parties. By continuing, you agree to our Terms of Use and Privacy Policy.