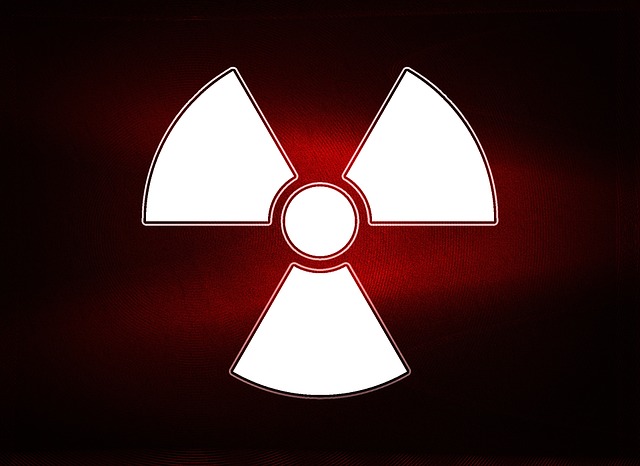 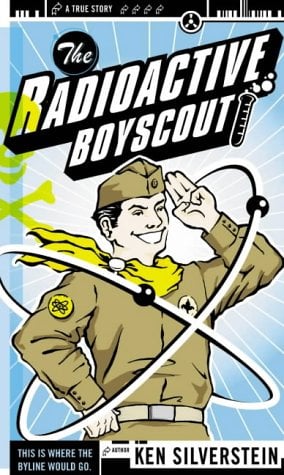 “David Hahn, who achieved some notoriety as a teenage boy scout with his attempt to build a nuclear reactor in his garden shed, has passed away,” read a notice submitted Sunday for Slashdot.org. “His ‘reactor’ ended when the EPA declared his backyard as a Superfund cleanup site due to hazardous levels of radiation.”

It was in this way that the internet became aware of a strange milestone — the death of “The Radioactive Boy Scout,” as reporter Ken Silverstein had dubbed him in his 2005 book about Hahn. When Hahn finally died — at age 39 — there was virtually no media coverage, just a modest notice in September at Tributes.com, an online obituaries site. The page linked to a funeral home in Shelby Township, Michigan, displaying some personal remembrances from those who’d known Hahn best, and recalling a bright-eyed teenager with an over-sized imagination.

“Growing up you were always looking for an adventure and loved science,” wrote a woman named Katrina. “I think you wore out all the Back to Future videos you had. I am pretty sure you were trying to figure out how to build your own time machine! I will always remember you for your curiosity.”

Hahn may be remembered in other ways too since a screenplay about his life won a $100,000 film development grant in October. (The grant is awarded each year by New York University’s school of the arts to promote “realistic and dramatic stories about science and technology.”) But it’s just one more testament to the power of Hahn’s fascinating story — about the dangerously bright teenager who set out to earn a merit badge in Atomic Energy. 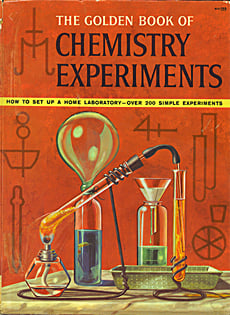 “He played baseball and soccer, joined the Boy Scouts, and spent endless hours exploring with his friends,” remembered a 1998 article in Harpers by Silverstein. At the age of 10 Hahn also received a copy of The Golden Book of Chemistry Experiments, which inspired him to try to get a sample of every element in the periodic table (including the radioactive ones).

By the age of 12, Hahn had moved on to his father’s college textbooks about chemistry, and “his mother would often wake to find him asleep on the living room floor surrounded by open volumes of the Encyclopedia Britannica….” He bought test tubes and Bunsen burners, and by age 14 could synthesize his own nitroglycerin. “David’s parents admired his interest in science but were alarmed by the chemical spills and blasts that became a regular event at the Hahn household.”

Like any teenager, Hahn held after-school jobs at a local fast-food restaurant and a grocery store, but unlike other teenagers, he was using his wages to buy chemistry supplies. For a summer stay at Scout camp, Hahn showed up with powdered magnesium, thinking the other scouts would use it to make fireworks. Instead, they blasted a hole through their tent. Finally, after an explosion in the family basement, David’s parents requested that his experiments be conducted in the shed in their backyard.

“Sure, they thought it was odd that Hahn often wore a gas mask in the shed and would sometimes discard his clothing after working there until two in the morning, but they chalked it up to their own limited education,” Silverstein wrote.

David’s father laid down the law, insisting that he find some other pastime — specifically, becoming an Eagle Scout. And it turned out that one of the program’s merit badges was in Atomic Energy. Hahn earned his merit badge by building a model of a nuclear reactor using rubber bands and soda straws on a can of juice, adding some coat hangers and kitchen matches.

Beryllium Does it Best

Then, in a letter to the Nuclear Regulatory Commission, Hahn posed as a high school science teacher, and “managed to engage the agency’s director of isotope production and distribution, Donald Erb, in a scientific discussion by mail,” Harper’s reported.

“Erb offered David tips on isolating certain radioactive elements, provided a list of isotopes that can sustain a chain reaction, and imparted a piece of information that would soon prove to be vital to David’s plans: ‘Nothing produces neutrons … as well as beryllium’… David says the NRC also sent him pricing data and commercial sources for some of the radioactive wares he wanted to purchase, ostensibly for the benefit of his eager students.”

His ambition started to grow, and he was determined to produce real radioactive materials. “He remained unfazed by accidents that turned his hair green, burned his skin, or knocked him out cold,” the Christian Science Monitor wrote later. He extracted americium-241 from old smoke detectors, then welded it together with a blowtorch. He extracted thorium from thousands of old lanterns — again using his blowtorch — and successfully purified it “to at least 9,000 times the level found in nature and 170 times the level that requires NRC licensing.” Harpers even reports that “he wrote to a Czechoslovakian firm that sells uranium to commercial and university buyers, whose name was provided, he told me, by the NRC,” then formulated his own nitric acid to try to isolate to the uranium.

His amateur ambitions became the stuff of legends. On a drive with his girlfriend, “his Geiger counter went wild as he passed Gloria’s Resale Boutique/Antique.” Hahn discovered they had an old clock with glow-in-the-dark numbers painted with a rare and discontinued radium paint — but also something more. Tucked away inside the clock was a small can full of the paint itself.

Hahn had ordered that Geiger counter by mail from a firm in Arizona — and then mounted it to the dashboard of his Pontiac. His whole story involves one improbable plot twist after another. A friend stole him a strip of beryllium from the local community college’s chem lab. David procured tritium from the glow-in-the-dark gun and bow sights sold at a local sporting goods store. And “To concentrate the radium, David secured a sample of barium sulfate from the X-ray ward at a local hospital,” remembers Harpers, adding that the staff was more than happy — because they remembered Hahn’s diligent work on that Atomic Energy merit badge.

His nuclear ambitions continued. He even wrote “Caushon” on the shed’s wall, the Christian Science Monitor reported later (adding “he was a poor student and terrible speller”.)

“He told me how he used coffee filters and pickle jars to handle deadly substances such as radium and nitric acid,” remembered Silverstein in Harper’s. And one day — wearing a home-made lead poncho — Hahn was finally ready to try creating a breeder-style nuclear reaction.

He carefully lifted his highly radioactive stash of radium and americium, mixed it with some beryllium shavings (and aluminum), and then wrapped the whole concoction with foil. He tried insulating the resulting reaction with a wall of cubes made from carbon or a thorium ash/uranium powder — all held together with duct tape. “It was radioactive as heck,” he told Silverstein. In fact, his Geiger counter showed the radioactivity was increasing.

One of his friends wisely advised him to add cobalt rods to control the reactions. So now Hahn tried procuring cobalt from some drill bits he bought at the local hardware store. But unfortunately, it didn’t work. And soon he could detect nuclear radiation from much further up the block — five houses away.
It was time to disassemble the reactor…

And then one fateful day in 1994, the police finally caught up with him — ironically, because someone suspected he’d been stealing tires. The police decided to search Hahn’s Pontiac, remember Harpers, and “When they opened the trunk they discovered a toolbox shut with a padlock and sealed with duct tape for good measure.” And then David told them that the toolbox was radioactive. This eventually led to involvement from at least four different federal agencies — the FBI, the Environmental Protection Agency, the NRC, and the Department of Energy — and the police also brought in the Michigan State Police Bomb Squad to examine the Pontiac.

“It took nearly a year from Hahn’s arrest until the backyard shed was dismantled and cleaned up as a Superfund site,” Ars Technica reports.

Shortly after that, Hahn became an Eagle Scout, though some local scout leaders tried unsuccessfully to block the badge, arguing that David’s experiments had endangered the whole town.

The clean-up ultimately cost $60,000, Silverstein reported. The EPA workers dismantled Hahn’s shed, and “loaded the remains into thirty-nine sealed barrels placed aboard a semitrailer bound for Envirocare, a dump facility located in the middle of the Great Salt Lake Desert…. David went into a serious depression after the federal authorities shut down his laboratory. Years of painstaking work had been thrown in the garbage or buried beneath the sands of Utah.”

The legend of his backyard experiments went unreported — even the neighbors had no idea what was up — until Hahn finally told his story for years later in 1999, at the age of 22, after he joined the Navy, and was stationed on the (nuclear-powered) USS Enterprise. Six years after that, Silverstein would expand the article his full-length book.

Of course, there’s one more piece to his story. “EPA scientists worry that his previous exposure to radioactivity may have greatly cut short his life,” Harpers wrote. Nonetheless, he declined a medical examination offered by the EPA, fearful of what he might have learned.

Ars Technica contacted the coroner’s officer who examined Hahn, and reported “Unfortunately, the cause of death is still pending investigation.” But the memorial at Tributes.com had this to say about the cost.

“Most people pass through life a ghost, just a whisper… you transcended above the norm, and you deserve respect for that. Some people climb Everest, you built something in your backyard most people would have thought impossible. I’m sorry to hear that your life was short. But it was inspirational. May your exploits and efforts be remembered for a long long time.”