Meros’ Container Monitor Plots to be a ‘Complete GUI’ for Docker

Working with containers presents its own unique set of challenges which can be daunting to any developer. Issues continuing to plague enterprises using containers for working at scale consist of visibility, service discovery, and container health—Just to name a few of the many sharks in the water. Meros has just released a public beta of software-as-a-service (SaaS) that promises to address these pain points while offering performance where it’s needed.

“Meros is the complete GUI for Docker — and more,” the company’s Web site boldly promises.

Putting the Pieces Together

Not only are developers able to view incoming and outgoing traffic across their network, they can view the image file history, report on files created or opened within a container, detect malicious processes, and get activity push notifications. Meros also provides two-factor authentication, a crucial piece for those with distributed teams or sensitive on-premise data. SAML integration and JWT tokens for the Meros API round out its security features, allowing users to verify content signatures and transmit sensitive data such as key pairs with ease. 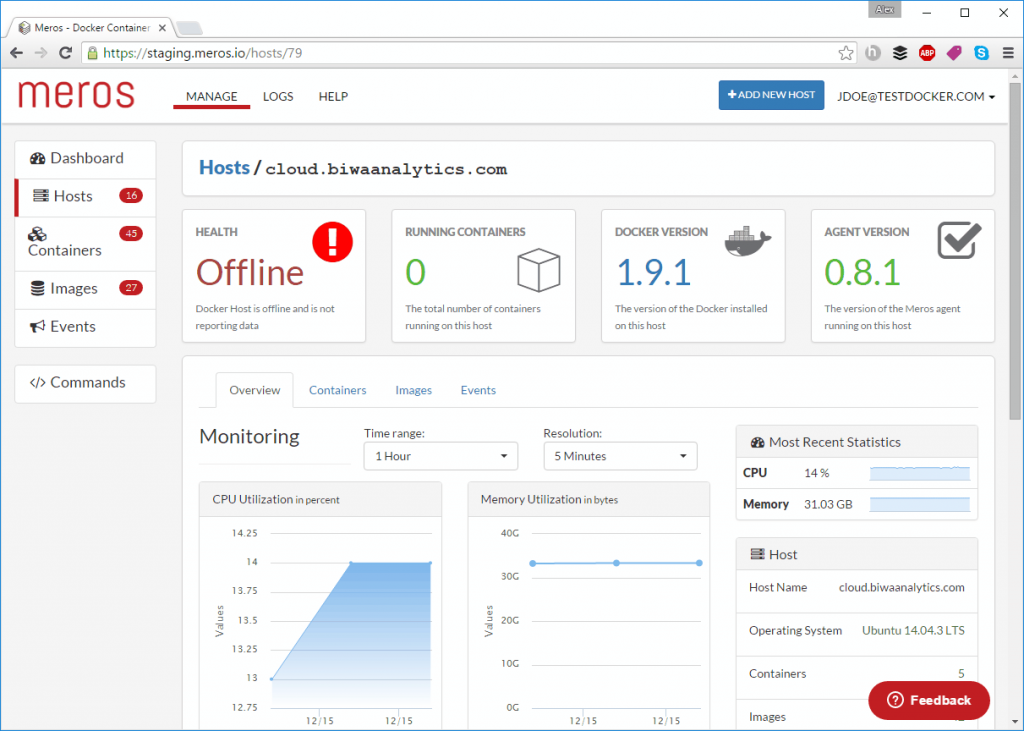 Meros is available on a variety of platforms, including Kubernetes and Docker Swarm. For those running Docker on their local machine, Sites notes that they can use Meros to track their system through their Dashboard for Docker offering. As a web-based terminal designed to control how users interact with containers, standard commands apply. Users can stop, start, pause, restart, and delete images in addition to being able to access them from a cloud-based stack or an on-premise datacenter.

For those running large Docker clusters with Kubernetes or Docker Swarm, automating the Meros agent will significantly streamline the setup and configuration process.  Those running smaller infrastructures can install the Meros client on their Docker host with a single command line, while it also integrates with popular team collaboration and productivity tools such as Slack, HipChat, WebHooks, and PagerDuty.

Getting Into the Finer Details

Sites highlights the flexibility and performance of Go as a huge plus for the Meros team. The Meros agent and its backend are written in Go, including all of its workers, web socket servers, indexes, and metrics pipeline. For those concerned about their server footprint, the Meros agent is incredibly lightweight–comprising all of 17 MB. Despite its deceptively small size, Meros has significant power under the hood. 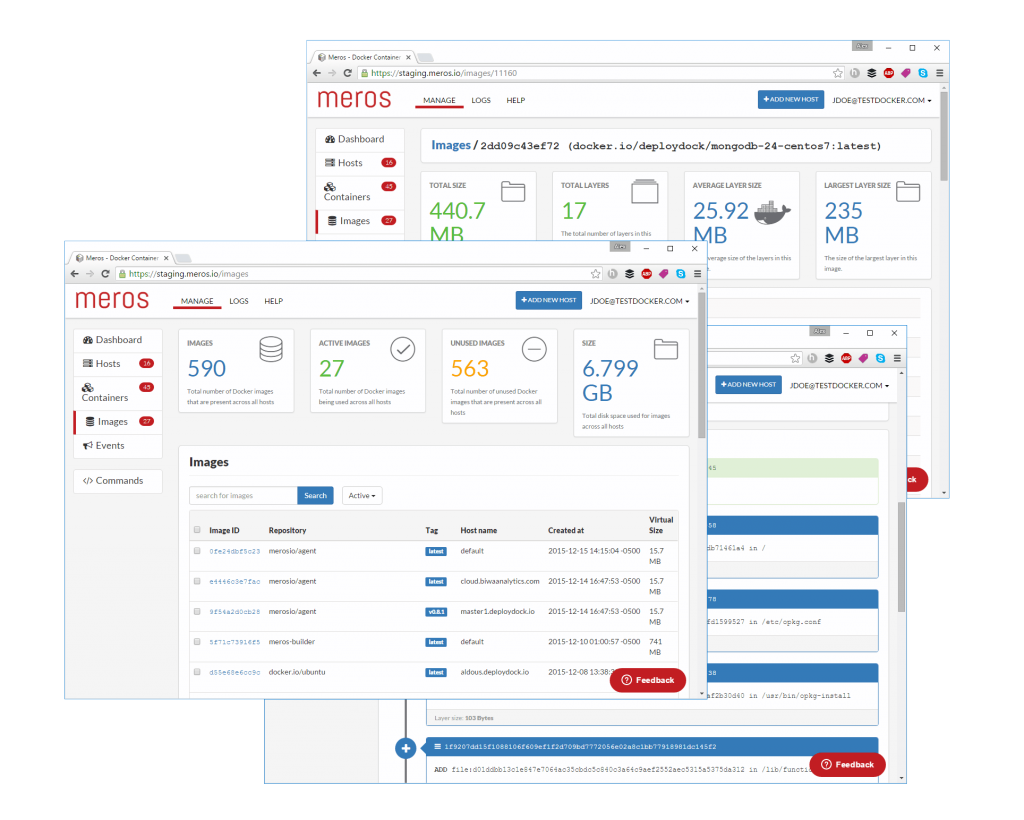 The software uses AWS Elastic Beanstalk for its worker clusters to process incoming metrics, logs, and metadata are all written in Go. Sites notes that Meros relies on AWS Kinesis to scale its metrics, logs, and metadata ingestion. It relies on Redis to store cluster distributed state and pub/sub messaging connected to its servers, and ElasticSearch for storing and searching logs. Ruby on Rails on AWS Beanstalk rounds out the front-end while the Meros team also makes use of AWS RDS Postgres for its user management.

“We focus on performance first when looking at new features and are constantly revisiting features and code to make it faster and use less resources. Better performance pays itself back 10 fold with happy customers, cheaper hosting costs, and a better user experience,” said Sites.

As more companies move toward a hybrid infrastructure, re-factor monolith applications, and shift toward a microservice-centric application offering, container-based architecture has risen to become the de-facto standard. Container monitoring services must also stand out, or they will no doubt be lost in the crowd.

Go here to sign up for the public beta.

SHARE THIS STORY
RELATED STORIES
Data, Analytics and AI: What Will Happen in 2023 Docker Swarm, a User-Friendly Alternative to Kubernetes How to Deploy Containers with nerdctl How to Implement a Security Scanner for Docker Images Kubernetes Needs to Take a Lesson from Portainer on Ease-of-Use
TNS owner Insight Partners is an investor in: The New Stack, Docker.
SHARE THIS STORY
RELATED STORIES
How to Deploy Containers with nerdctl WebAssembly Needs Schedulers, and Kubernetes Doesn't Quite Fit the Bill 4 Ways to Use Kernel Security Features for Process Monitoring Docker Swarm, a User-Friendly Alternative to Kubernetes 3 Container Practices to Boost Your Security Posture
THE NEW STACK UPDATE A newsletter digest of the week’s most important stories & analyses.
The New stack does not sell your information or share it with unaffiliated third parties. By continuing, you agree to our Terms of Use and Privacy Policy.