Mesosphere is among a quickly growing number of vendors focused on helping customers adopt hybrid cloud, which it defines as a mix of data center and cloud, and multi-cloud, which involves multiple public clouds.It recently released version 1.12 of Mesosphere DC/OS with Mesosphere Kubernetes Engine (MKE), which enables you to deploy multiple Kubernetes clusters on the same physical IT infrastructure.
Nov 7th, 2018 10:33am by Susan Hall 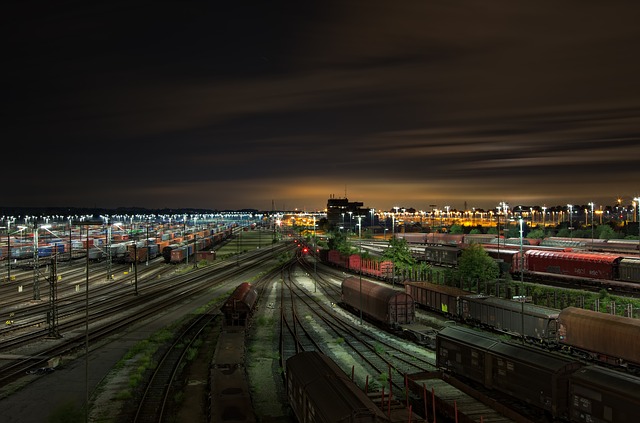 When GE Transportation wanted to move beyond its Java-centric development stack and containerize applications as much as possible, it knew it wanted to use Kubernetes, but also knew it needed help with it. It’s one of the customers touting Mesosphere DC/OS as the ticket to its Kubernetes transformation.

GE Transportation Digital Solutions operates a cloud development environment for developers and engineers creating applications for clients in the railroad, intermodal transport, and mining industries. The software applications can be a mix of cloud native, Java-based on-prem applications, and legacy apps, some of which are 20 years old.

It wanted a “container-as-a-service”-centric platform that it could offer in a more self-service way to support industrial applications in a cloud-agnostic and portable manner. The companies the team codes for need to blend incoming data from a variety of sources, including IoT devices on locomotives.  That data is then used to drive analytics, network optimization, and transport logistic applications

“We can build an application that lives in a public cloud setup, but if our customer wants to run it on-premise, we want to make sure they can do so in a lightweight, cost-effective fashion,” said Wesley Mukai, Chief Technology Officer of GE Transportation Digital Solutions, in a case study.

“We provide them with a reference design, and they can stand it up themselves. In the future, our goal would be to create a more hybrid setup, with portability across different clouds and seamless on-premise portability. That’s an area where Mesosphere can really help us.” He added that the company also has more analytics projects in mind.

Mesosphere is among a quickly growing number of vendors focused on helping customers adopt a hybrid cloud, which it defines as a mix of data center and cloud, and multi-cloud, which involves multiple public clouds.

It recently released version 1.12 of Mesosphere DC/OS with Mesosphere Kubernetes Engine (MKE), which enables you to deploy multiple Kubernetes clusters on the same physical IT infrastructure. In a nod to the trend toward using its data center technology to manage resources across different clouds, it’s also rebranded DC/OS as Distributed Cloud Operating System.

After announcing last year that it would support Kubernetes in addition to its own Marathon container orchestrator, in February, it added deeper Kubernetes integrations and enhancements focused on edge and multi-cloud support, as well as plans for managed Kubernetes.

DC/OS is based on Apache Mesos, a platform for running any kind of distributed system. DC/OS also supports more than 100 data services, including Kafka, Jenkins and Spark.

“I think the reason cloud providers are really taking off is not because they’re good at providing VMs and storage — that’s been around for a while — but these services are becoming consumable on demand from a cloud provider. What we do at Mesosphere is provide you with that same level of automation and accessibility to those services, except we’re basically not tied to a cloud provider,” said  Mesosphere’s Vice President of Product, Ed Hsu. “Any of these services, you can take with you to poly-cloud. You can have it run concurrently across various cloud providers with a unified multicloud operating model.”

In a recent survey, Kubernetes was the most-commonly used workload on Mesosphere, with 84 percent employing container/microservices architecture. Hybrid cloud was the fastest-growing deployment scenario.

The company asserts that customers can cut costs by 50 percent or more with DC/OS and Mesosphere Kubernetes Engine (MKE). It offers a single control plane for the cloud, data center and edge; what it calls high-density multi-Kubernetes and improved lifecycle automation for security and Day 2 operations.

It offers improved provisioning of the cluster, upgrading the cluster, “which is one of the hardest things to do — going from one version to the next,” according to Chris Gaun, product and marketing manager for Mesopshere, and automation like you’d get from a public cloud provider, but it’s software you can run anywhere.

“If a customer operates 30 terminals, then it may have 30 instances of an on-premise application running, and that’s very inefficient. …Even on-premise we want the software to be more consolidated and run more like a private cloud. Doing so makes it much more scalable when, say, the customer adds a 31st terminal to its operations.”

“If you consolidate all that and really think about all of the savings, it likely would be much, much greater [that 50 percent],” he said.

The company also added support for a beta release of a Mesosphere Jupyter service, which makes it easier for data science teams to share documents and visualizations using Jupyter Notebooks

Susan Hall is the Sponsor Editor for The New Stack. Her job is to help sponsors attain the widest readership possible for their contributed content. She has written for The New Stack since its early days, as well as sites...
Read more from Susan Hall
SHARE THIS STORY
RELATED STORIES
3 Ways an Internal Developer Portal Boosts Developer Productivity How Donating Open Source Code Can Advance Your Career How Boeing Uses Cloud Native Break Your Bottlenecks: Don't Let Kafka Challenges Hold You Back Spotify's Backstage: A Strategic Guide
SHARE THIS STORY
RELATED STORIES
The Latest Milestones on WebAssembly's Road to Maturity OpenTelemetry Properly Explained and Demoed Takeaways from the ESG GitOps and Shift Left Security Survey CALMS Is DevOps for Cloud Engineering Does Your Database Really Need to Move to the Cloud?
THE NEW STACK UPDATE A newsletter digest of the week’s most important stories & analyses.
The New stack does not sell your information or share it with unaffiliated third parties. By continuing, you agree to our Terms of Use and Privacy Policy.