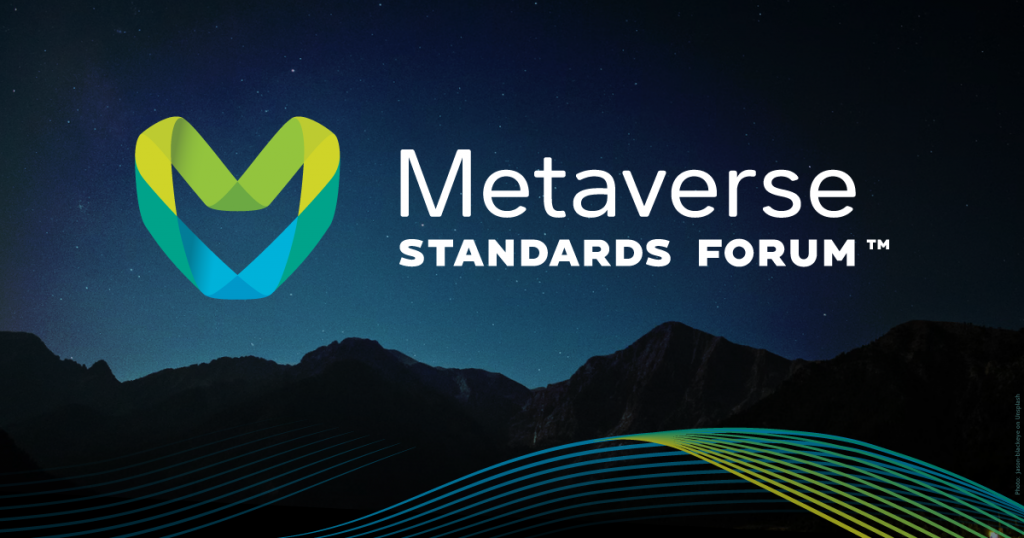 Interoperability — or lack thereof — is a key issue in the nascent metaverse industry. The Khronos Group aims to solve this with a new open standards discussion forum called The Metaverse Standards Forum, which launches today. The group includes representation from most of the big players in the 3D internet, including Nvidia, Meta, Epic Games, Unity, Microsoft, and the World Wide Web Consortium (W3C).

Before I get to my discussion with Trevett, first some quick background on Khronos. It’s an industry consortium that has been around since 2000, developing low-level APIs for “3D graphics, augmented and virtual reality, parallel programming, vision acceleration and machine learning.” Khronos has already staked a claim to open metaverse technologies by creating and maintaining glTF, a file format for 3D graphics which the group promotes as the “JPEG of 3D.” Khronos was also responsible for WebGL (Web Graphics Library), a JavaScript API that renders 2D and 3D objects inside a browser.

Khronos became interested in the metaverse, Trevett told me, because “a lot of the standards that we do — and in many cases [that] we’ve been developing for many years, before ‘metaverse’ became a buzz term — are directly relevant to the metaverse. The 3D APIs for native apps and the web, OpenXR for AR and VR, and the file formats that we do are [all] directly being used by the metaverse community.”

The metaverse is “going to be a mixture of the connectivity of the web, some kind of evolution of the web, mixed in with spatial computing.”

According to Trevett, the new forum will not concern itself with philosophical debates about what the metaverse will be in 10-20 years time. However, he thinks the metaverse is “going to be a mixture of the connectivity of the web, some kind of evolution of the web, mixed in with spatial computing.” He added that spatial computing is a broad term, but here refers to “3D modeling of the real world, especially in interaction through augmented and virtual reality.”

“No one really knows how it’s all going to come together,” said Trevett. “But that’s okay. For the purposes of the forum, we don’t really need to know. What we are concerned with is that there are clear, short-term interoperability problems to be solved.”

Trevett noted that there are already multiple standards organizations for the internet, including of course the W3C for web standards. What MSF is trying to do is help coordinate them, when it comes to the evolving metaverse. “We are bringing together the standards organizations in one place, where we can coordinate between each other but also have good close relationships with the industry that [is] trying to use our standards,” he said.

Metaverse as an Evolution of the Web

This brought us to a question that has been top-of-mind for me, as I explore and report on the metaverse technology stack in 2022: what role will the web play in achieving the “interoperability” that so many of the forum’s member companies claim they want? Companies like Meta and Microsoft became successful platforms because of the web, yet the likes of Epic Games and Unity have largely built their businesses on non-web technologies. So does the MSF view the web as a foundational platform for the metaverse?

“Reinventing something completely disconnected from the web doesn’t make sense to me,” Trevett replied. “The web has so much pervasiveness already and so much functionality. I’m not in charge [of the web], but it just seems rational that you’re going to evolve what we already have, rather than trying to create something completely new.”

So the mindset of MSF will be to treat the metaverse as an evolution of the web. With that said, Trevett pointed out that “the spatial web” will require “new protocols and new asset formats.” Just as we have HTML to describe a 2D web page, he continued, “we’re gonna need the equivalent for 3D graphics and all the ways that you can interact with 3D graphics in a connected sense.” 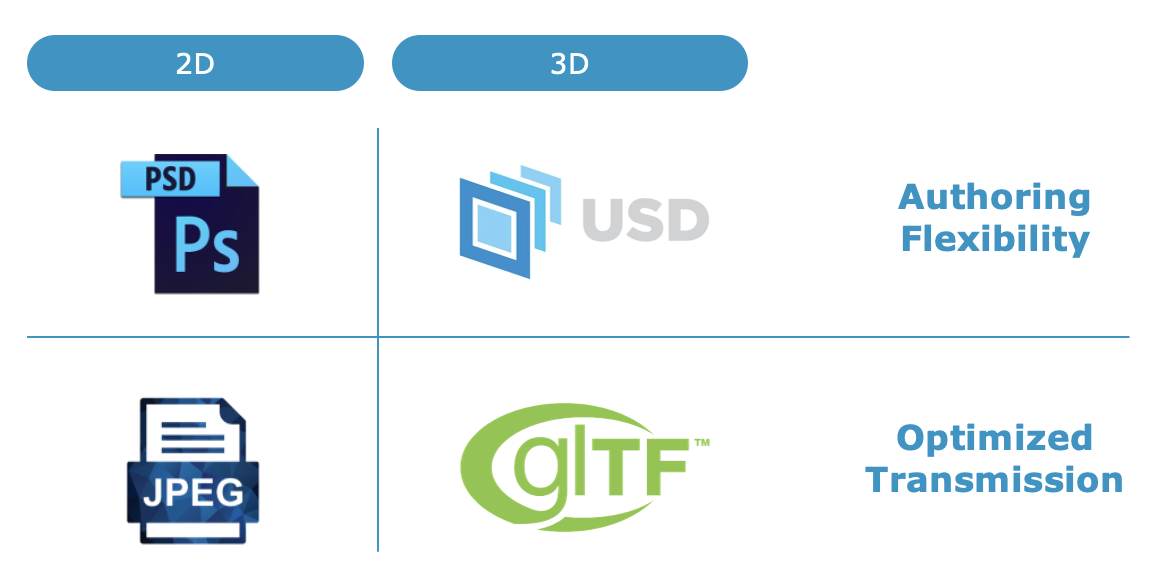 I then brought up the interoperability of 3D assets, and in particular avatars. In a recent column, I wrote about how a group of independent developers and startups are building their own version of the open metaverse, using technologies like glTF and VRM (a standard for 3D avatars, built on top of glTF) for interoperability. The hope is that, one day, you’ll be able to use some kind of linking mechanism — or ‘portal’ — to easily jump from one virtual world into another. For example, from Meta’s future platform into Nvidia’s Omniverse. I asked Trevett if he thinks that is a realistic vision for the metaverse?

“I think it’s a goal worth going for,” he replied. “Everyone’s going into this [with the] realization that it’s not a trivial problem to solve. But if we don’t start, we’ll never get there.”

Trevett thinks that consistency and persistence are two key concepts for creating standards for avatars.

“A large part of the general mindset of the metaverse is […] the concept that while your individual identity — both from a privacy and data point of view, but also potentially from an avatar and an appearance point of view — you can choose to take a consistent persona around the various spaces in the metaverse. That’s quite a common goal that you hear. And I think one of the key words you hear for the metaverse is persistence. You place something down in a virtual world and you come back two weeks later, it’s still there.”

However, again Trevett cautioned that it will take “Darwinian steps to get there.” Metaverse interoperability will evolve over time, under the guidance of the Metaverse Standards Forum.

Not Just Another Standards Organization

Trevett described the new group as “a discussion forum” that is “layered above the standards organizations.” The actual standards work will continue to be done by existing groups (such as Khronos). The new forum, he said, is “open to all — any organization is welcome to join — there is no participation fee, there’s no NDA, and there’s no IP framework.”

Despite not being a standards body, the MSF does want to help solve the interoperability conundrum for the metaverse industry. To explain, Trevett offered up a metaphor that will be familiar to all developers: bricks.

“I like to say we’re baking up interoperability bricks,” he said. “We’re not trying to design or build the cathedral right yet. We don’t know quite what the cathedral is going to be, but we know we’re going to need some bricks. So we can do that in the short term and accelerate that process with things like hackathons and interoperability projects.”

Richard MacManus is a Senior Editor at The New Stack and writes about web and application development trends. Previously he founded ReadWriteWeb in 2003 and built it into one of the world’s most influential technology news sites. From the early...
Read more from Richard MacManus
SHARE THIS STORY
RELATED STORIES
Top 5 Internet Technologies of 2022 Angular vs. React: How to Choose the Right Framework for You Crypto Winter Puts Dampener on Web3 Developer Growth Why a Twitter Founding Engineer Is Now All-in on Mastodon Learning Storage and Retrieval with a Hash Function
SHARE THIS STORY
RELATED STORIES
An Inside Look at What GitLab’s Web IDE Offers Developers Beyond Hello World: Startup Gamifies Development Skills Top 5 Internet Technologies of 2022 Build Your Own Decentralized Twitter, Part 3: Hello Mastodon The 'S' Word: How Frontend Developers Can Embrace Security
THE NEW STACK UPDATE A newsletter digest of the week’s most important stories & analyses.
The New stack does not sell your information or share it with unaffiliated third parties. By continuing, you agree to our Terms of Use and Privacy Policy.