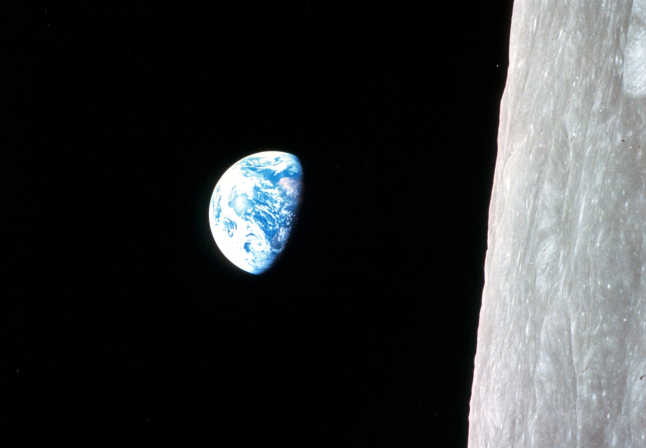 Sometimes, it’s the small meetups or events that inspire developers the most. The “Apollo Day” GraphQL-focused meetup, hosted on Wednesday by Meteor in its offices in San Francisco, showed the growing influence of the GraphQL on some of the Bay Area’s biggest software companies.

Facebook has already made it known that its interested in growing the use of GraphQL, and at Apollo Day, we heard from more developers in the trenches implementing and supporting APIs built on this new query language. It’s all in the furtherance of the Apollo Project, an open source GraphQL client originally created by Meteor. That project reached version 1.0 at the end of March.

While Meteor and Meteor Galaxy, the company’s hosted service for serving up Meteor applications, are both turning in reliable and growing revenue, according to Meteor founder Geoff Schmidt, GraphQL represents the biggest opportunity space for the company. Thus, Meteor offers the Apollo line of tools and projects for developers looking to build out their GraphQL strategy.

For his part, Schmidt sees GraphQL as a way to solve a lot of developer’s current API problems. Rather than learning a dozen APIs created by a dozen companies, he said, offering a unified data access layer — not unlike what SQL currently offers for the relational database world — is a great path towards making API development easier for everyone involved.

Apollo includes client and server-side tools for creating and parsing GraphQL queries. The end goal, said Schmidt, is to alleviate the need for developers to constantly add new RESTful endpoints to their applications in support of constantly changing APIs. The end result is more velocity around developing and consuming APIs.

The Apollo Client is a client-side JavaScript library designed to handle the back and forth with a GraphQL API. The client was built by over 450 contributors and now sees over 100,000 monthly downloads from npm.

In attendance were some of those aforementioned contributors, hailing from places like Google, CreditKarma, Twitter, AirBnB, TicketMaster and OpenTable. Their buy-in on the Apollo Client indicates that Schmidt and the folks at Meteor may just have built out these tools at the right time.

Now that dozens of companies have contributed to the Apollo project, however, it’s time for these pieces to enter production environments. This was a major topic of discussion at Apollo Day, in fact. The afternoon Birds-of-a-Feather talk on using GraphQL in production revealed that most folks already had a GraphQL endpoint up in production.

The hot topics in this collaborative complaint session included the need for rate limiting, and a general question as to how popular these APIs are thus far. Other questions involved topics like persisting queries, schema versioning and getting teams up to speed.

One attendee from a startup told his story of attending the Apollo summit last October, where he and his team first put their hands on GraphQL: After seeing a few talks and briefing their chief technology officer, he got to go-ahead to try porting a RESTful endpoint to GraphQL. He said the process was fairly easy to undertake, and a month later it was in production. Now, the company is migrating all their REST endpoints to GraphQL, in very small steps. He also mentioned that his company was now hiring GraphQL developers.

Another group of developers from Quri came to GraphQL through RAML, the API modeling language. After building their own system for supporting and documenting their APIs in RAML, they found the process of supporting GraphQL far less painful. Today, they’re slowly getting rid of their REST APIs in favor of GraphQL. Quri is also looking to hire GraphQL developers.

Elsewhere, a representative from Twitch.tv intimated that his company, too, was influenced to try GraphQL after last October’s Apollo meetup. He said that the work has resulted in faster workflows for the teams building APIs, and using them.

A 20 year veteran technology journalist, Alex Handy cut his teeth covering the launch of the first iMac. His work has appeared in Wired, the Atlanta Journal Constitution, and The Austin American Statesman. He is also the founder and director...
Read more from Alex Handy
SHARE THIS STORY
RELATED STORIES
What It Means to Be OpenAPI-First in Kubernetes Composing a Platform by Patching Crossplane Resources 10 Ways to Manage API Security Risks State of the API: Lack of API Design Skills a Key Problem APIs Are Where Fun Happens
SHARE THIS STORY
RELATED STORIES
APIs Are Where Fun Happens GraphQL and REST Can Coexist, Author Will Lyon Says What It Means to Be OpenAPI-First in Kubernetes Matillion’s Data Productivity Cloud Brings dbt Orchestration Service Simplifies Natural Language Processing for Developers
THE NEW STACK UPDATE A newsletter digest of the week’s most important stories & analyses.
The New stack does not sell your information or share it with unaffiliated third parties. By continuing, you agree to our Terms of Use and Privacy Policy.