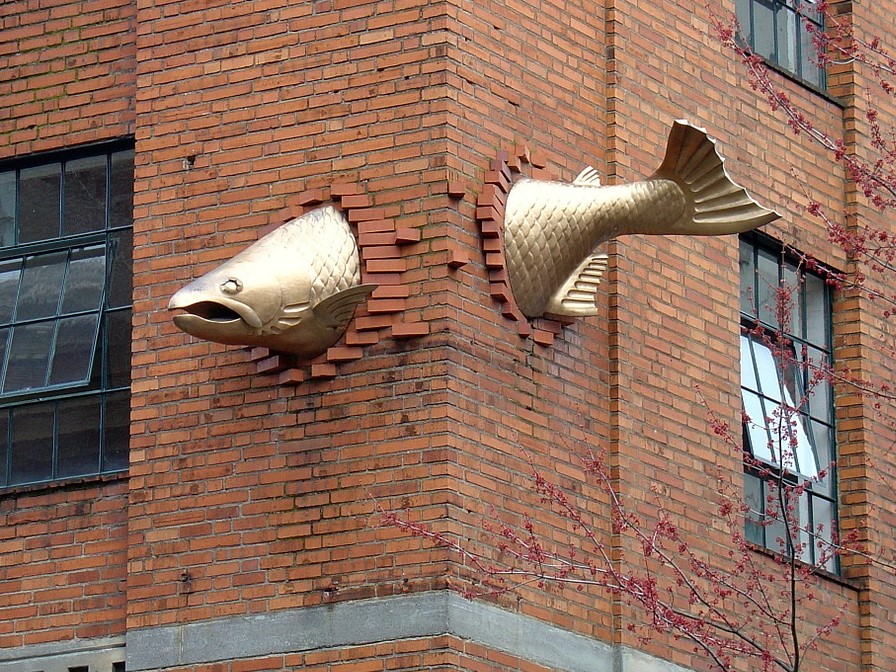 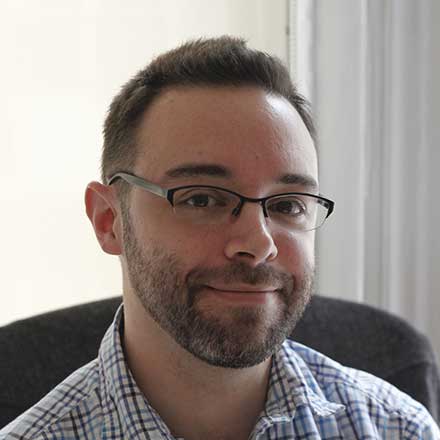 Tim is a product manager for Joyent, providers of the Triton Elastic Container Service. Tim previously ran Ops at DramaFever, where he and his scrappy team ran Docker in production to serve a few million fans their daily dose of dramas, documentaries, and gross-out horror movies. In a previous life, Tim was an architect (buildings, not software). He took the leap into programming and Operations after he discovered he could automate away almost everything boring in his life.

Over the last several weeks I’ve written about service discovery for container-native applications, provided a tool to make this happen for existing applications, given an example of dynamically updating Nginx virtual host configurations, and shown how to update external DNS based on container changes.

Today I’m going to put all these pieces together in a multi-tier application that can serve as a blueprint for a microservices architecture. Follow along with the code on Github.

The application we’re going to put together is Touchbase, a Node.js application. We’ll need the following pieces.

This stack could be used for any microservices application and the individual components can be swapped out easily. Prefer HAProxy to Nginx? No problem – just update the docker-compose.yml file with the image you want to use.

The Touchbase Node.js application was written by Couchbase Labs as a demonstration of Couchbase 4.0’s new N1QL query features. It wasn’t specially designed for a container-native world, so we’re using Containerbuddy to allow it to fulfill our requirements for service discovery.

Touchbase uses Couchbase as its data layer. We can have it serve requests directly, but we’re going to put the Nginx load balancer in front of it because we want Nginx’s ability to perform zero-downtime configuration reloads. (Also, in a production project we might have multiple applications behind Nginx.) We’re going to use a fork of Touchbase that eliminates the requirement to configure SendGrid because setting up transactional email services is beyond the scope of this article.

The Touchbase service’s Containerbuddy has an onChange handler that calls out to consul-template to write out a new config.json file based on a template that stored in Consul. Unfortunately, Touchbase does not support a graceful reload, so in order to give Touchbase an initial configuration with a Couchbase cluster IP we’ll need a pre-start script that does so. Having the option to run the onChange handler or another startup script before forking the main application would be a great feature to add to Containerbuddy and I’ll circle back on that in an upcoming post.

The Nginx virtual host config has an upstream directive to run a least-conns load balancer for the back-end Touchbase application nodes. When Touchbase nodes come online, they’ll register themselves with Consul.

Just like in our original Containerbuddy example project, the Nginx service’s Containerbuddy has an onChange handler that calls out to consul-template to write out a new virtual host configuration file based a template that we’ve stored in Consul. It then fires an nginx -s reload signal to Nginx, which causes it to gracefully reload its configuration.

Couchbase is a clustered NoSQL database. We’re going to use the blueprint for clustered Couchbase in containers written by my Joyent colleague Casey Bisson. It uses the triton-couchbase repo for Couchbase 4.0 to get access to the new N1QL feature.

When the first Couchbase node starts, we use docker exec to bootstrap the cluster and register the first node with Consul for discovery. We’ll then run the appropriate REST API calls to create Couchbase buckets and indexes for our application. At this point, we can add new nodes via docker-compose scale and those nodes will pick up a Couchbase cluster IP from Consul. At that point, we hand off to Couchbase’s own self-clustering.

Just like in our dynamic DNS project earlier this week, the cloudflare container will have a Containerbuddy onChange handler that updates CloudFlare via their API. The handler is a bash script that queries the CloudFlare API for existing A records, and then diffs these against the IP addresses known to Consul. If there’s a change, we add the new records first and then remove any stale records.

You can run this entire stack using the start.sh script found at the top of the Github repo. You’ll need a CloudFlare account and a domain for which you’ve delegated DNS to CloudFlare, but if you’d like to skip that part you can simply comment out startCloudflare line.

At this point you can run the example on Triton:

or in your local Docker environment (note that you may need to increase the memory available to your docker-machine VM to run the full-scale cluster):

The .env file that’s created will need to be filled in with the values described below:

If you do so you’ll be running docker-compose scale operations that add 2 more Couchbase and Touchbase nodes and 1 more Nginx node. You can watch as nodes become live by checking out the Consul and Couchbase web UIs.

The stack we’ve built here highlights the advantages of Dockerizing this application. We have an easy, repeatable deployment that we could test locally and then push the same stack to production. We have the automatic discovery and configuration that makes that deployment possible. We have easy horizontal scaling, with fine-grained control over scale of each tier. And we have global discovery, thanks to our integration of CloudFlare.

We’ve used Containerbuddy as an example of the minimal shims that are required to make arbitrary applications container-native. And now that we’ve seen a production-ready multi-tier application assembled on Triton, we can see that container-native service discovery can be agnostic to any particular scheduling framework. This made it easy to connect components that were not designed to be containerized.

Deploying on Triton made all this even easier. In an environment where application containers have their own NIC(s), as they do on Triton, we can rely on application containers updating the discovery service without a heavyweight scheduler. That means you can use simple tools like Docker Compose to deploy and link containers without any additional software. With Triton’s container-native infrastructure there’s no need to provision virtual machines, and Triton charges per container so it’s easy to keep track of how your costs will scale with your app. You can deploy on Triton in the Joyent public cloud or in your own data center (it’s open source!). Just configure Docker and press the start.sh button.