Microsoft's Charles Lamanna discusses what the company is doing in the low-code/no code space with its Power Platform offering.
Apr 19th, 2022 10:59am by Celeste Malia 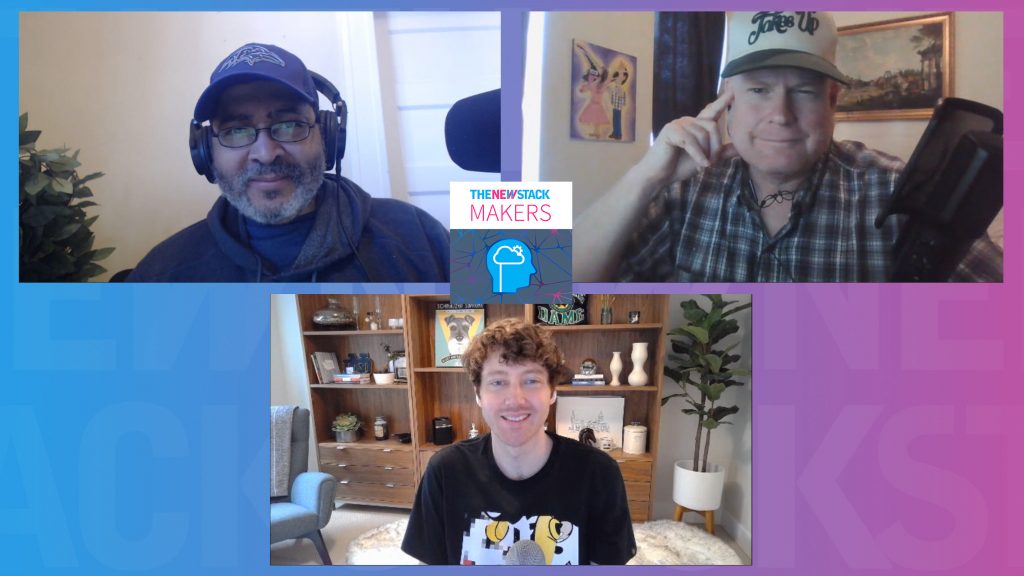 Low code and no code are becoming increasingly popular in software development, particularly in enterprises that are looking to expand the number of people who can create applications for digital transformation efforts. While in 2020, less than 25% of new apps were developed using no code/low code, Gartner predicts that by 2025, 70% will utilize this means. Microsoft is one vendor who has been paving the way in this shift by reducing the burden on those in the lines of business and developers in exchange for speed. But what are the potential and best practices for low code/no-code software development?

In this episode of The New Stack Makers podcast, Charles Lamanna, corporate vice president, Business Apps and Platform at Microsoft, discusses what the company is doing in the low-code/no-code space with its Power Platform offering, including bringing no-code/low-code professionals together to deliver applications.

Microsoft Accelerates the Journey to Low-Code

The low-code development platform market traces back to 2011 but Microsoft’s journey goes further back, “There’s really like multiple generations of low code. If you go back to Excel, Visual Basic and Access, Microsoft’s been in the game for 25-30 years for quite some time,” said Lamanna. “We’re really in the third generation of low code over the last 4-5 years, and that’s when Microsoft has really gone big in the enterprise with things like the Power Platform, which includes Power Apps, Power BI power, Power Automate, Power Virtual Agent,” Lamanna added.

Together, those components offer a solution that users can leverage to enter information, to analyze, act and automate the data and processes. “And we took a lot of the design elements from Microsoft Office: Word, Excel and PowerPoint as well as Visio, where people are already comfortable with visual surfaces to design and define processes and experiences,” Lamanna added.

From HR to customer support, low code excels across a broad set of use cases. “To run your business efficiently and truly be digitally transformed, you probably need 10 to 20,000, different applications and workflows. And there’s not going to be something off the shelf for all of those,” said Lamanna. “You could never chase them with a code-first approach because it would just take too long and cost too much money,” Lamanna added.

Microsoft makes it easy to build applications and have the processes in place to foster fundamental security practices but still recommends being “proactive with your low-code strategy. You can define policies and rules and governance, and have a strong posture around your data,” said Lamanna. “Because managing data access to your data, whether it’s at the database or at the API layer is the most sensitive information that you can manage,” Lamanna added.

“I think that there will be a billion low code developers in the fullness of time. Anyone who has a smartphone or a PC, can do low-code development,” Lamanna said. While this new technology holds a big promise in the way applications are built — with teams that use them responsible for assembling and composing the applications themselves — how much adoption will be gained through Microsoft’s approach remains to be seen.

SHARE THIS STORY
RELATED STORIES
How Platform Engineering Can Improve DevOps Collaboration Trace-Based Testing for a Distributed World Why Your Code Sucks: Common Excuses for Bad Programming Wasm for the Frontend: A Look at Developer Use Cases Let SQL Do All the Work: User Defined Functions
TNS owner Insight Partners is an investor in: The New Stack.
SHARE THIS STORY
RELATED STORIES
Insights on Integration Tests with Foresight Trace-Based Testing for a Distributed World WebAssembly vs. JavaScript: Security, Speed, Flexibility Turbocharging Host Workloads with Calico eBPF and XDP Core Wars Shows the Battle WebAssembly Needs to Win
THE NEW STACK UPDATE A newsletter digest of the week’s most important stories & analyses.
The New stack does not sell your information or share it with unaffiliated third parties. By continuing, you agree to our Terms of Use and Privacy Policy.