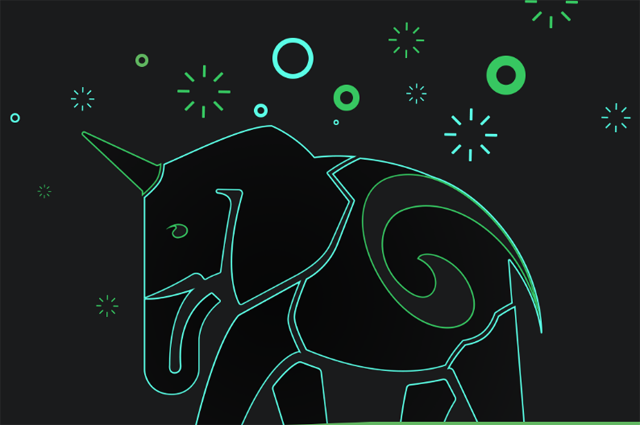 As an open source PostgreSQL extension, the Citus software essentially turns the application into a distributed database. Citus Data provides the horizontal scalability of a NoSQL database with the transactional consistency and functionality of a relational database.

The company was founded eight years ago, when much of the tech world was focused on Hadoop and NoSQL databases perceived to offer more options for data management than a traditional relational database, according to a Citus Data blog post.

The company, however, chose to build on top of the nearly 30-year-old Postgres, which despite its age, DB-Engines ranked the DBMS of the year for 2018, based on its continued popularity.

At a high level, Citus distributes the data across a cluster of commodity servers. Incoming SQL queries are then parallel processed across these servers.

It uses an architecture similar to Hadoop: One master node uses metadata about the shards and parcels out fragments of incoming queries to worker nodes that actually run the query pieces in parallel.

Stanford alums Ozgun Erdogan, Sumedh Pathak and Umur Cubukcu founded the company in 2010 and went through Y Combinator in summer 2011. The company open sourced its technology in March 2016. It has raised more than $13 million.

“Together, Microsoft and Citus Data will further unlock the power of data, enabling customers to scale complex multi-tenant SaaS applications and accelerate the time to insight with real-time analytics over billions of rows, all with the familiar PostgreSQL tools developers know and love,” Rohan Kumar, corporate vice president for Azure Data, wrote in a blog post announcing the acquisition. Terms of the deal were not disclosed.

Microsoft is touting the acquisition as part of its continuing support for open source databases including MySQL, PostgreSQL and MariaDB, as well as its investments in open source SQL Server on Linux, a multimodel NoSQL database with Azure Cosmos DB, and open source analytics projects Hadoop and Spark.

Microsoft is not expected to significantly alter Citus Data’s business, but Kumar added the acquisition will “accelerate the delivery of key, enterprise-ready features from Azure to PostgreSQL and enable critical PostgreSQL workloads to run on Azure with confidence.”

Citus is available as a fully-managed database as a service, as enterprise software, and as a free open source download.

The Citus co-founders add that “as part of Microsoft, we will stay focused on building an amazing database on top of PostgreSQL that gives our users the game-changing scale, performance, and resilience they need. We will continue to drive innovation in this space.”

Citus is not the only startup basing its business on Postgres. It’s the basis for the time-series database Timescale, and both Crunchy Data and PingCAP are building on the concept of operators for their Postgres-based databases.

Susan Hall is the Sponsor Editor for The New Stack. Her job is to help sponsors attain the widest readership possible for their contributed content. She has written for The New Stack since its early days, as well as sites...
Read more from Susan Hall
SHARE THIS STORY
RELATED STORIES
Jamstack Panel: Multiple JavaScript Frameworks Are a Good Thing Case Study: How Dell Technologies Is Building a DevRel Team Red Hat Helps Make Kubernetes Security More Accessible Making It Easier to Build Apps with Time Series Data Case Study: How SeatGeek Adopted HashiCorp’s Nomad
TNS owner Insight Partners is an investor in: Real.
SHARE THIS STORY
RELATED STORIES
Chronosphere Nudges Observability Standards Toward Maturity The Dropbox GitHub Data Breach Discord vs. Slack: Which Is Right for Your Team? Making It Easier to Build Apps with Time Series Data Software Developer Tool for Quantum Computers Launching Soon
THE NEW STACK UPDATE A newsletter digest of the week’s most important stories & analyses.
The New stack does not sell your information or share it with unaffiliated third parties. By continuing, you agree to our Terms of Use and Privacy Policy.