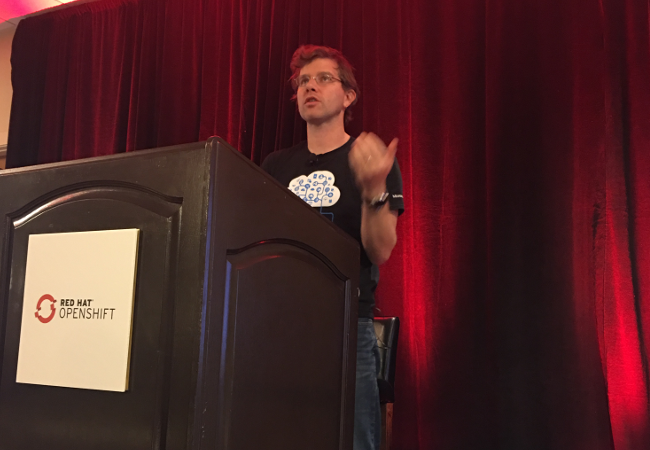 In a technical preview, Microsoft has started offering the Kubernetes open source container orchestration tool as a component of the Azure Container Service (ACS).

“It’s a significant step in making Kubernetes an easy-to-use part of the Kubernetes platform,” said Brendan Burns, a Microsoft Partner Architect and co-founder of Kubernetes, speaking at the OpenShift Commons gathering, held Monday in Seattle.

With this integration, users will be able to spin up a Kubernetes cluster through the Azure portal user or within the new Python-based Azure command line, due to be formally released by the end of this week. Users can control their clusters through the Microsoft Kubernetes command line interface, kubectl, which Microsoft offers Azure-ready downloads of for Mac, Windows and Linux.

The service will also work with the new container registry that Microsoft is planning to launch, in public preview, November 14.

The service takes advantage of many of the new features that came with the September release of Kubernetes 1.4, including support for native Azure networking, for Layer 4 load balancing, and Azure files (SMB mounts into pods). It also offers beta support for Azure virtual disks.

To aid Kubernetes users on Azure, Microsoft has also launched a new open source project: ACS Engine, which can be used to generate and share templates for orchestrating containers on Azure. The template processor, written in Go that can combine different pieces of configuration together to generate a template to run clusters. The template is created on the user’s machine and can be passed onto Azure as a set of instructions for deploying complex Kubernetes clusters.

With this preview release out, Microsoft is now working in tying Kubernetes to its own Azure Active Directory service, which can provide authentication for users and jobs, and tie Kubernetes cluster into an enterprise’s access control policies. The company is also working on features around auto-provisioning, which may be a feature of the upcoming Kubernetes 1.5 release.

Microsoft is also helping Apprenda on on that company’s work getting Kubernetes to support Windows containers, work that Apprenda may demonstrate at Kubecon.

For the DC/OS users, Microsoft also upgraded the version it supports on Azure to DC/OS to version 1.8.4, a version that includes new virtual networking capabilities.

The Cloud Native Computing Foundation, Docker, and Mesosphere are sponsors of The New Stack.