Microsoft has teamed up with Rigetti Computing and KPMG to expand the capabilities of its Azure Quantum cloud services for organizations looking for quantum computing solutions.
Jan 6th, 2022 3:00am by Jeffrey Burt 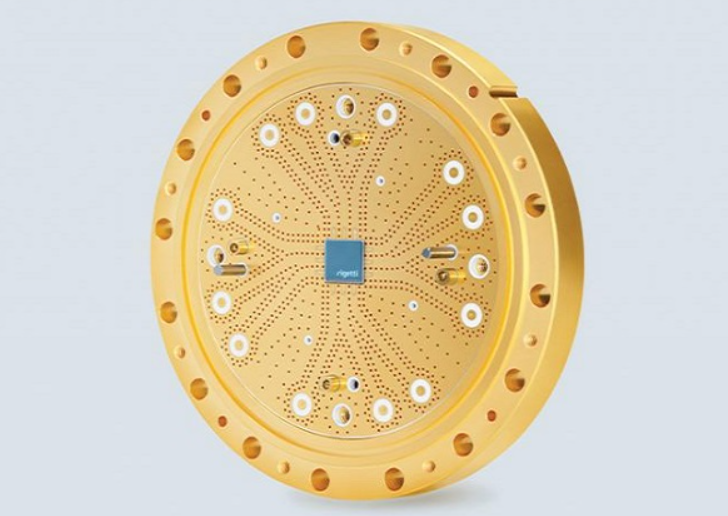 Microsoft’s cloud-based quantum computing business is expanding the hardware and software capabilities of its offering to enterprises and other organizations looking to explore the burgeoning quantum computing field.

The company is working with quantum computing chip and software provider Rigetti Computing to make those systems available to users of Microsoft’s Azure Quantum quantum cloud service. Once available in the first quarter of 2022, organizations will be able to program Rigetti computers by leveraging various quantum software frameworks.

The announcement last month by Microsoft and Rigetti came days after officials with the enterprise software and cloud giant said it was working with international consultancy firm KPMG to solve business problems using quantum-inspired optimization techniques they can access via Azure Quantum.

“Optimization problems are found in many industries and are often difficult to solve using traditional methods, which can accelerate optimization,” Krysta Svore, general manager of Microsoft’s quantum business, wrote in a blog post. “Emulating these quantum effects on classical computers has led to the development of quantum-inspired optimization (QIO) algorithms that run on classical hardware. These algorithms allow researchers, developers and solution providers to benefit from quantum approaches on classical hardware today, providing a speed-up over traditional approaches.”

The announcements by Microsoft and its technology partners are the latest illustrations of the acceleration in innovation and offerings in a quantum computing field that has been talked about since the 1980s but has seen significant advancements in recent years and an embrace by not only an array of established vendors like Microsoft, Google and IBM but also a growing list of startups that are looking for traction in the market.

It also recently saw the merging of Honeywell’s quantum business — one of the leaders in the space — with startup Cambridge Quantum to create a new company called Quantinuum, with the goal of offering a broad portfolio of hardware and software products and services.

The Microsoft news also puts a spotlight on the role the cloud will play in advancing quantum computing efforts. Microsoft isn’t the only vendor with a cloud play in the space. IBM, Google, Amazon Web Services (AWS) and Alibaba are among the hyperscalers that offer cloud-accessed quantum computing services of various degrees and have talked about even more ambitious goals.

For example, Google earlier this year announced plans for a commercial quantum system before the end of the decade that will run large-scale calculations with no errors. 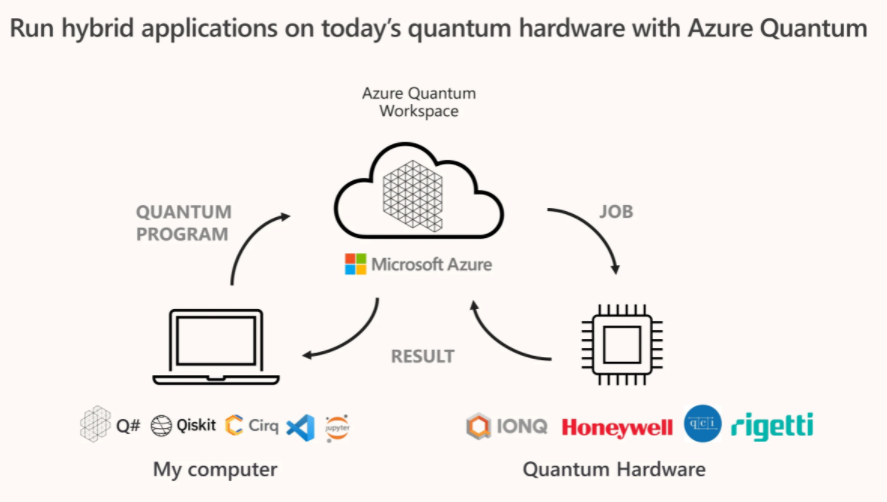 Cloud as an Enabler

The global quantum market is expected to reach more than $5 billion by 2028 and the cloud is a key driver of this, according to Global Market Insights. The cloud segment accounted for more than 75% of the quantum computing spending in 2020 and the broader access to quantum computing on a greater range of devices that the cloud provides will continue to be another factor fueling the market expansion.

Having access to cloud-based quantum technology also is enabling companies to develop software platforms, libraries and toolkits now that will be able to run on quantum systems as they become available.

Broad Accessibility Will Be Key

There are myriad reasons why the cloud is a good computing model for quantum, including making it more accessible, according to Roger Kay, principal analyst with Endpoint Technologies Associates. Few organizations are going to be able to afford to install, deploy and run these systems in-house, Kay told The New Stack. Beyond just the prices these systems will command, the qubits inside them need to be kept at tremendously low temperatures, which means many of the quantum computers will need massive cooling systems.

Another issue is the lack of people skilled in quantum computing, echoing similar skills shortages found in such fields as cybersecurity and data science.

The cloud will be the preferred way for “almost everybody,” Kay said. “There’s no really other good way to do it. … For there to be generated a pool of quantum programmers, they need to get used to these tools and see what they do. Play with the templates, try a few things and then begin to try to solve their own real problems with the tools and just expand the programming model.”

Fabrice Frachon, principal program manager at Azure Quantum, wrote in a blog post this week that Microsoft is working to ensure developers can leverage a broad range of platforms, languages and other tools in the cloud environment as they create their software. Bringing Rigetti systems on board will add to the flexibility of the cloud environment by offering the vendor’s gate-based superconducting processors and using Quantum Intermediate Representation (QIR) to enable low latency and parallel execution.

“Azure Quantum provides the best development environment to create quantum algorithms for multiple platforms at once while preserving flexibility to tune the same algorithms for specific systems,” he wrote. “You can pick from many programming languages such as Qiskit, Cirq, and Q# and run your algorithms on multiple quantum systems.”

Microsoft and Rigetti are both among the founding members of the new QIR Alliance, a joint effort under the auspices of the Linux Foundation to help drive interoperability and reduce development efforts within the quantum computing field.

Microsoft’s work with KPMG is part of a larger QIO effort in the field to enable researchers and others to use classical systems, powered by CPUs, GPUs, field-programmable gate arrays (FPGAs) and other traditional chips, to address quantum-like challenges now.

“Optimization problems are found in many industries and are often difficult to solve using traditional methods which can accelerate optimization,” Microsoft’s Svore wrote. “Emulating these quantum effects on classical computers has led to the development of quantum-inspired optimization (QIO) algorithms that run on classical hardware. These algorithms allow researchers, developers, and solution providers to benefit from quantum approaches on classical hardware today, providing a speed-up over traditional approaches.”

Partners like KPMG can leverage optimization tools in Azure Quantum to help develop those algorithms. The consulting firm has a team dedicated to quantum-related technologies and is working with clients on future quantum computing technologies and applying emerging capabilities to current business problems, according to Microsoft.