Microsoft Expands the Kubernetes Toolset with the Virtual Kublet 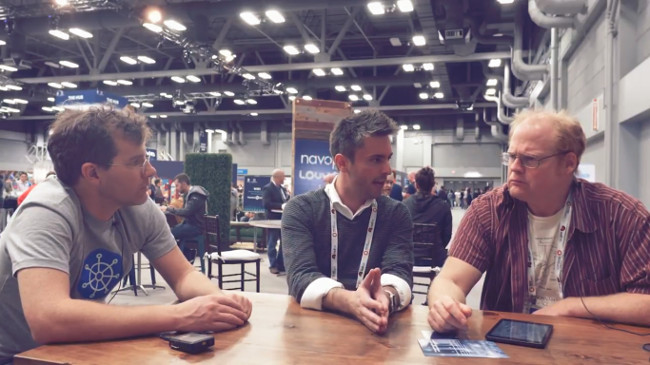 Microsoft’s support of the open source Kubernetes container orchestration tool seems to grow by the day. At Kubecon 2017, held last year in Austin, we spoke with Microsoft Distinguished Engineer Brendan Burns as well as with Gabe Monroy, the Microsoft Azure program lead for containers. We chatted about the latest tools that have come from Microsoft to enable Kubernetes for a wider array of workloads.

“We, from the get-go, thought of Azure Container Instances as a low-level piece of orchestration. Kubernetes is the high-level job,” said Burns.

One tool, the Virtual Kubelet, allows users to manage serverless containers using Kubernetes, either in Azure Container Instances or on any other runtime platform. We also discussed the new Open Service Broker for Azure (OSBA), built using the Open Service Broker API, which provides a way to expose backing services to applications. The final new offering discussed is a dashboard and visualization tool, called Kashti, for the recently-launched Brigade pipelines, a language for executing workflows on Kubernetes.

“Azure Container Instances was a first of its kind product. We didn’t really know where it was going to go. When we launched this product, one of the things we felt really strongly about was that orchestration was a line we didn’t want to cross with the product, because there’s perfectly good orchestration out there, it’s called Kubernetes,” said Monroy.

Lastly, we also spoke about the growing number of Microsoft shops that are starting to deploy Kubernetes, both on the company’s Azure service, as well as in-house. And we spoke about some of the new features in the latest edition of Kubernetes, version 1.9, including the initial support for Windows containers.

1:02: The launch of Azure container instances.
3:21: Exploring the virtual Kubelet to manage serverless containers.
8:23: The Brigade dashboard and visualization tool.
11:03: What workflows Microsoft is seeing amongst its user base?
12:45: Addressing complex workflows in Brigade.
13:23: Kubernetes 1.9 and its improvements for those working with Windows machines and Azure.

Joab Jackson is Editor-in-Chief for The New Stack, assuring that the TNS website gets a fresh batch of cloud native news, tutorials and perspectives each day. He has logged over 25 years in infrastructure IT journalism, including stints at IDG,...
Read more from Joab Jackson
SHARE THIS STORY
RELATED STORIES
Case Study: How SeatGeek Adopted HashiCorp’s Nomad Deploy a Container Stack in Portainer from a GitHub Repository Acorn, a Lightweight, Portable PaaS for Kubernetes 4 Ways to Optimize Your Workflows with Docker Extensions Can Observability Platforms Prevail over Legacy APM?
SHARE THIS STORY
RELATED STORIES
What Is Apptainer and How Do You Install It on Ubuntu Server? 4 Ways to Optimize Your Workflows with Docker Extensions Container Security: A Troubling Tale, but Hope on the Horizon 3 Container Practices to Boost Your Security Posture How to Deploy Containers with nerdctl
THE NEW STACK UPDATE A newsletter digest of the week’s most important stories & analyses.
The New stack does not sell your information or share it with unaffiliated third parties. By continuing, you agree to our Terms of Use and Privacy Policy.