Microsoft has finally taken the plunge of bringing ARM chips into Azure.
Apr 15th, 2022 6:00am by Steven J. Vaughan-Nichols 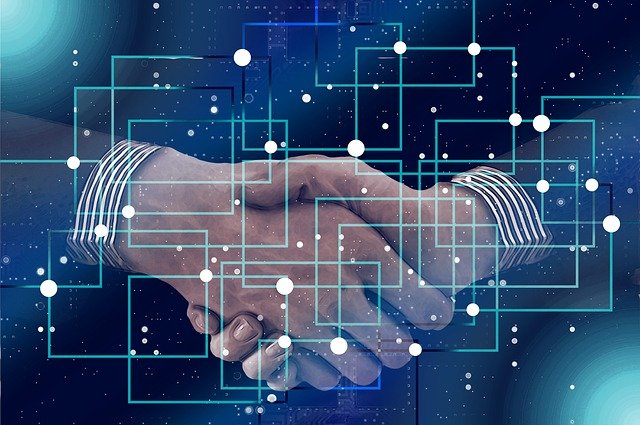 Well, that took a while. Years after Amazon Web Services (AWS) and Oracle bought ARM processors for the cloud, Microsoft has finally taken the plunge of bringing ARM chips into Azure.

Personally, I’m not sure all that laundry list of applications will run well on ARM VMs. As Ed Vielmetti, Equinix Metal Senior Ecosystem Engineer, who likes ARM on clouds, observed, ARM works best at tasks such as CI/CD build operations; high-memory applications, and programs that need to scale rapidly.

Why? Because they all can make use of ARM’s inherent advantage of having many more cores than its x86 competition. For example, Ampere’s high-performance Cloud Native Processors, which Azure is deploying, can contain up to 128 cores. The top Intel cloud CPU, the Intel Xeon Platinum 8380 Processor, maxes out at 40 cores. Cores aren’t everything, of course, but it is one of ARM’s aces in the hole when it comes to working with cloud-level applications.

As for Azure’s existing offerings, Microsoft claims its new ARM VM series include general-purpose Dpsv5 and memory-optimized Epsv5 VMs, which can deliver up to 50 percent better price-performance than comparable x86-based VMs. You can request access to the preview by filling out this form.

The Dpsv5 and Epsv5 Azure VM-series feature the Ampere Altra Arm-based processor operating at up to 3.0GHz. The new VMs provide up to 64 vCPUs and include VM sizes with 2GiB, 4GiB, and 8GiB per vCPU memory configurations, up to 40 Gbps networking, and optional high-performance local SSD storage.

You can also get the Dpsv5, Dplsv5, and Epsv5 VM-series with no temporary storage at lower price points. You can also attach Standard SSDs, Standard HDDs, and Premium SSDs to any of the VMs currently in preview, with Ultra Disk storage support coming soon. Virtual Machine Scale Sets are also supported.

Spot VMs are available. However, until the ARM VMs are generally available, Azure Reserved Virtual Machine Instances pricing will not be available. As always, prices vary by region.

So, why would you want to try ARM? Alexander Gallagher, Canonical’s VP of Public Cloud, says it’s simple. “We see companies using ARM-based architectures as a way of reducing both cost and energy consumption. It’s a huge step forward for those looking to develop with Linux on Azure and we are pleased to partner with Microsoft to offer Ubuntu images.”

Red Hat agrees. See? Canonical and Red Hat can take the same side in an issue! Maryam Zand, Red Hat’s VP of Cloud Partners, has been working on ARM in servers for years. They’re one of the ARM pioneers. For Red Hat, this gives their “customers a broad set of choices to meet their unique enterprise computing needs, which extends to the choice of architecture on-premises and in public clouds.”

Finally, SUSE CTO, Dr. Thomas Di Giacomo, is on board too. “SUSE has played a significant and active role in the Arm ecosystem, supporting the Arm 64-bit architecture and the Ampere Altra server instances.  SUSE is excited to partner with Microsoft Azure in supporting the Dpsv5 and Epsv5 Azure VM-series based on the Ampere Altra Arm-based server instances in our upcoming SLES 15 SP4 release.

In short, no matter what Linux distro floats your business, it will be available for you on Azure’s ARM offerings.

Besides simply running Linux VMs and Windows 365 Cloud PC instances, Azure also enables its customers to deploy, run, and manage containerized applications with Azure Kubernetes Service (AKS). Why would you do that? Sean McKenna, Microsoft’s AKS Group Product Manager, says it’s because ARM processors will deliver a better price-performance, especially as you scale up your cloud footprint.

As for your applications, you’ll be able to run .NET 5 and 6 programs on Linux. This means you’ll be able to build C# 10 and F# 6 applications on the platform.  Soon, you’ll also be able to .NET Framework 4.8.1 on Windows 11. Both are currently in preview. Also in preview, the latest Microsoft Visual C++ tools will enable you to not just run your apps, but also build natively for ARM on ARM.

And, of course, thanks to Microsoft’s recent JEP 388 contribution to OpenJDK, you can build and run Java applications with the Microsoft Build of OpenJDK. Microsoft provides binaries for Windows, Linux, and macOS on compatible Arm hardware, for Java 11 and Java 17. The lightweight, free Visual Studio Code editor also runs natively on ARM.

Learn more about the new Azure Virtual Machines and request access to the preview.

Initially, the ARM preview will only be available in the West US 2, West Central US, and West Europe Azure regions. Want to know even more? There’s an upcoming webinar on Wednesday, April 27, from 10–11 a.m. Pacific Time. “See” you there.

SHARE THIS STORY
RELATED STORIES
Qlik Plans to Acquire Talend. Is it a Data Management Double-Dip? Why a Twitter Founding Engineer Is Now All-in on Mastodon Google Makes Postgres-Compatible AlloyDB Generally Available Data, Analytics and AI: What Will Happen in 2023 Why Trust and Autonomy Matter for Cloud Optimization
AWS, Equinix, Oracle and Red Hat are sponsors of The New Stack.
SHARE THIS STORY
RELATED STORIES
PLG Will Eliminate the Subscription-Based Software Model Google Makes Postgres-Compatible AlloyDB Generally Available Serverless vs. Kubernetes: The People's Vote Wix Tackles Application-Level Security with Custom Detector It Doesn’t Matter How Much You Spend on AWS
THE NEW STACK UPDATE A newsletter digest of the week’s most important stories & analyses.
The New stack does not sell your information or share it with unaffiliated third parties. By continuing, you agree to our Terms of Use and Privacy Policy.