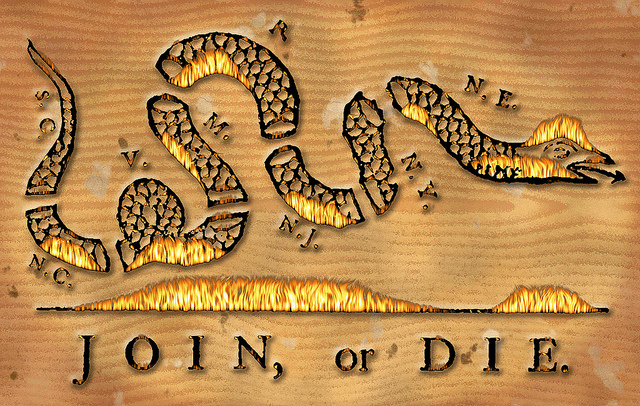 Although the fiercest of rivals in the enterprise IT space, Microsoft and Red Hat have struck up a partnership to make Red Hat’s Linux the “preferred” choice for enterprise computing on Microsoft’s Azure cloud.

“This is a more comprehensive partnership than with any of our other cloud partners,” said Paul Cormier, Red Hat’s president for products and technologies, who, along with Scott Guthrie, executive vice president for Microsoft’s Cloud and Enterprise division, introduced the pairing in a webcast press conference Wednesday.

It’s a move to “embrace the hybrid world,” as Cormier put it. “Together, we’re offering the most comprehensive support agreement for our mixed technologies to support customers,” he said.

Microsoft and Cary, N.C.-based Red Hat have been longtime rivals. Both offer enterprise infrastructure stacks, one based on Windows, the other on Linux. Former Microsoft CEO Steve Ballmer once called Linux “a cancer.” However, when asked what brought the two companies to this point, Cormier and Guthrie cited customer demand.

In historical terms, this is a monumental announcement, said Al Hilwa, program director of software development research at IDC, though he added it was only a matter of time before the “new” Microsoft struck a deal of this sort.

“The new Microsoft has taken bold new steps and has been on a path to partner with its fiercest rivals of past years,” Hilwa said. “The company has embraced Linux in its Azure cloud and is doing more in open source than ever. Still, this is a win for both companies and for the vast set of customers they have in common.”

“There’s not going to be any finger-pointing, saying, ‘It’s not my problem.’ Both vendors are standing behind it to make sure it’s successful,” Cormier said. To make sure this happens, the two companies said they would co-locate engineers – starting in Microsoft’s hometown of Redmond, Wash. – to collaborate on support.

From a developer standpoint, Cormier pointed to opening up the OpenShift platform-as-a-service as an opportunity for .NET developers. They can create .NET applications for RHEL-based containers or use JBoss or .NET to connect services across platforms.

Developers can use JBoss for containers that run on Azure with full enterprise support. They can gain that support while using Microsoft’s Java SDK, Guthrie pointed out.

Among the other points they made:

When asked what this “preferred” status means for their other cloud partners, Cormier and Guthrie danced around the issue. The Wall Street Journal pointed to a Deutsche Bank research report that estimated, for instance, that almost half of Red Hat’s roughly $100 million in revenue from cloud services comes from Amazon accounts, a chief rival to Azure.

“We have found Microsoft to be very committed to making Linux work well on Azure and are not surprised at the move. Ubuntu is the majority choice for Linux on the cloud, in every cloud, with or without Red Hat’s presence,” Mark Shuttleworth, founder of Canonical, the company behind Ubuntu, said of the deal.

Guthrie pointed to new CEO Satya Nadella’s focus on making Microsoft more customer-centric as a reason for buddying up with the largest enterprise Linux vendor. Nadella has said “Microsoft loves Linux,” and about a quarter of its business on Azure is Linux-based and about half of the workloads from China are.

The situation is similar to a deal the two vendors did in 2009 when they each joined each other’s virtualization partner programs, but both pointed out it wasn’t a partnership, according to Jay Lyman, research manager for cloud platforms for 451 Research.

“[This highlights] the fact this was driven not by the companies liking each other and joining up, but mostly by customers,” he said.

“This also highlights the ongoing pervasiveness of polyglot programming, whereby software applications and services are built on a much broader array of components in a best-tool-for-the-job approach. Both Red Hat and Microsoft contribute significant, useful and credible parts of polyglot – it makes perfect sense that they more deeply and effectively integrate and support one another’s software,” Lyman said.

Strategically, this is what is it takes to be a player at scale in the cloud platform war – and it’s an important move for Microsoft it its bid to compete among the top players, says Hilwa.

IDC believes that a significant portion of the two companies’ customers use both their technologies strategically.

“This partnership will allow their joint customers to use a wide cross-section of both company’s technologies in a more integrated fashion and, for the first time, with the blessing and deep support from both vendors.”

Feature Image: “JOIN, or DIE” by DonkeyHotey, licensed under CC BY 2.0.