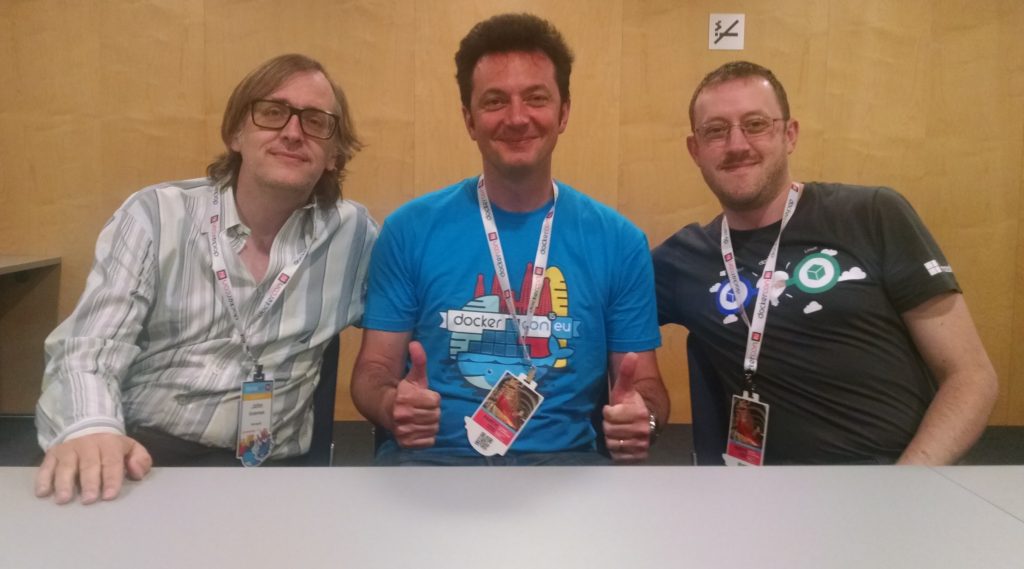 Hyper-V containers use the same image format as the Docker containers that run on Windows — which the company introduced in preview form earlier this year — but they offer the greater isolation provided by a virtual machine.

Although the Microsoft first announced the idea of Hyper-V Containers a year ago, “This is the first time the world gets to play with them,” said Taylor Brown, principal programming management lead at Microsoft.

Hyper-V Containers can be controlled using the many of the same commands used for regular Windows Containers. You use the same Docker command to spin up a Hyper-V container as you would for a regular Microsoft Docker container, adding only an isolation flag.

Currently, all Docker Compose commands work equally across both platforms, and a prototype of Swarm for Windows is being tested as well, noted Patrick Chanezon, Docker technical staff member.

What about performance? After all, one big advantage that containers enjoy over traditional virtual machines is that they can be created much more quickly, as they share the server’s kernel, rather than boot their own.

Indeed, Hyper-V Containers do take a few seconds longer to create, Brown admitted. And he added that Hyper-V Containers take up more room in memory, compared to their un-virtualized counterparts, so fewer of them can be packed onto a single server.

But this is the cost for greater security. By design, Hyper-V containers offer a much smaller attack surface. If a vulnerability is found in the Windows kernel, for instance, a malicious user couldn’t break free from the Hyper-V container to exploit the failing on the host server.

“The worst they could do would be to crash that virtual machine. They couldn’t get out of that container boundary,” Brown said.

No libc for Windows

The effort to cross-compile the Linux-based Docker, written in Go, to Windows was a collaborative effort, involving both Microsoft, Docker and third-party contributors, Brown said.

Despite the shared Docker codebase, there are a number of architectural differences between Windows-based Docker and Linux-based Docker containers, noted Microsoft engineer John Starks, who also presented at the Dockercon EU Windows container talk.

For one, while a Linux-based Docker container spawns only a single process on the host system, a Microsoft Container will spawn several.

This isn’t true for the Hyper-V Containers, however, because they have their own lightweight kernel in the hypervisor, rather than share the host’s kernel. As a result, “It looks like a container from a Docker point of view, but you won’t see its processes on the host,” Starks said.

Also, Linux calls rely on a handful of shared libraries such as libc. In contrast, Windows relies on a boarder set of DLLs (Dynamic Link Libraries), many of which are intertwined together to provide services. As a result, each Windows container actually runs several process on the host OS, rather than just one.

Hostile multitenancy for the win

So Linux-based Docker containers won’t be able to run natively on Windows machines, or vice versa. But both will be able to be controlled by the same Docker management software, allowing developers to mix the best components from Windows and Linux into a single application, Brown said.

And a fully isolated container could appeal to a number of enterprise users who have held back from using the technology for various security and industry compliance concerns.

Microsoft Azure itself will use the secured containers to more efficiently offer multi-tenant hosted services, such as the Azure Machine Learning (ML) Service.

“We can completely isolate the customers’ scripts from each other at a much higher density than we could do if we spun up a full VM for each of them,” Brown said.

Hyper-V Containers will also be supported on Microsoft’s Azure container service as well, once Microsoft updates its hypervisor.

Joab Jackson is Editor-in-Chief for The New Stack, assuring that the TNS website gets a fresh batch of cloud native news, tutorials and perspectives each day. He has logged over 25 years in infrastructure IT journalism, including stints at IDG,...
Read more from Joab Jackson
SHARE THIS STORY
RELATED STORIES
4 Ways to Use Kernel Security Features for Process Monitoring WebAssembly vs. Kubernetes The Next Evolution of Virtualization Infrastructure WebAssembly Needs Schedulers, and Kubernetes Doesn't Quite Fit the Bill Install Dozzle, a Simple Log File Viewer for Docker
TNS owner Insight Partners is an investor in: The New Stack, Docker.
SHARE THIS STORY
RELATED STORIES
How to Deploy Containers with nerdctl WebAssembly vs. Kubernetes The Next Evolution of Virtualization Infrastructure Data, Analytics and AI: What Will Happen in 2023 .NET 7 Simplifies Route from Code to Cloud for Developers
THE NEW STACK UPDATE A newsletter digest of the week’s most important stories & analyses.
The New stack does not sell your information or share it with unaffiliated third parties. By continuing, you agree to our Terms of Use and Privacy Policy.