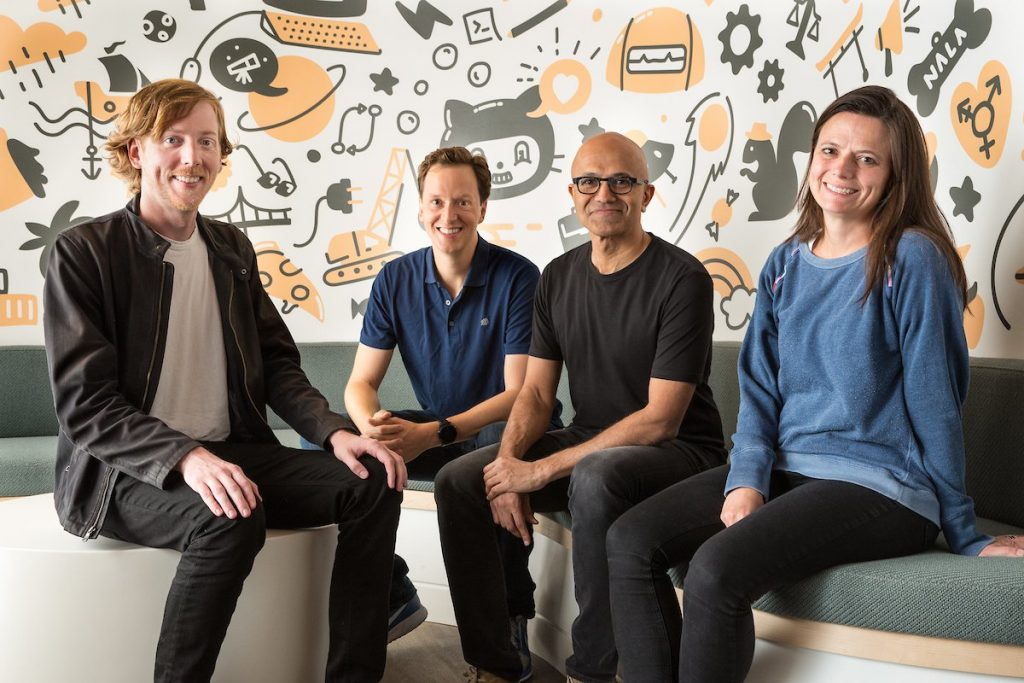 In a move to solidify its presence in the development market, Microsoft is acquiring GitHub, the world’s largest online repository for open source software, for $7.5 billion.

In a press briefing call Monday, Microsoft CEO Satya Nadella stressed that the market for developers will be growing exponentially in the years to come. Software engineering roles outside of tech — such as retail, health care and energy — are seeing double-digital growth year-over-year, 25 percent faster than the growth of developer roles in the tech industry itself.

“As every company becomes a digital company, value-creation and growth across every industry will increasingly be determined by the choices developers make,” Nadella said. “In short developers will be at the center of solving the world’s most pressing challenges.”

Microsoft will run GitHub as an independent entity. Nat Friedman will take over as CEO of GitHub; Friedman was the former CEO of Xamarin, which was acquired by Microsoft in 2016. Friedman will report to Scott Guthrie,  executive vice president overseeing the Microsoft cloud and enterprise group. Current GitHub CEO, and co-founder, Chris Wanstrath will join Microsoft as a technical fellow. The sale is expected to close later this year, pending U.S. and E.U. regulatory approval.

GitHub certainly is a major presence across developers, especially those working on collaborative open source projects. The service, based on the open source Git version control software developed by Linus Torvalds to manage the Linux kernel, has over 28 million users. It hosts over 85 million projects, both as public (as part of its free service) and private, as a paid service. In a 2017 survey, SmartBear found that 45 percent of developers users GitHub as a repository, with Atlassian BitBucket (20 percent) and GitLab (9 percent) the closest competitors.

Satya looked at Microsoft’s bill from all the code we host on GitHub and figured it would be cheaper to buy the company.

Microsoft itself is already the most active user of GitHub, having made more than 2 million “commits” or updates, on the service, according to Nadella. Last year, among the top 500 open source software projects (including non-GitHub hosted ones), 24 were managed by a Microsoft organization. It has also one of the largest contributors to Git, needing the open source software to manage the sprawling codebase for Windows 10.

Microsoft will look for natural integration points with its own considerable line of developer tools, many of which it plans to offer on the GitHub Marketplace, Friedman said during the press conference. The company also plans to extend its VSCode editing software so that it will seamlessly tie into GitHub.

The news, which Bloomberg broke last weekend, has generated a lot of discussion across developers, especially those who remember when Microsoft was more competitively hostile to open source software (Though the company has since come a long way to adopting open source practices). Competitors are also making the most from the moment: GitLab has reported greater-than-usual project migrations from GitHub Monday.

Others, however, had a more optimistic view. “If you were comfortable with GitHub pre-acquisition, but you are uncomfortable with Microsoft — I think you should’ve paid more attention to GitHub’s own struggles and Microsoft’s transformation. I’m more ok with Microsoft, not less,” wrote Chef Chief Technology Officer Adam Jacob, in a Tweet.

Docker Product Manager Gareth Rushgrove shared Jacob’s views in his own Tweet: “It’s unclear to me that GitHub going public would have been kinder to developers than Microsoft can be. The public markets would have demanded GitHub make more money quarter over quarter. That would mainly mean charging for more and more things,” he wrote.

Chef and Microsoft are sponsors of The New Stack.

Joab Jackson is Editor-in-Chief for The New Stack, assuring that the TNS website gets a fresh batch of cloud native news, tutorials and perspectives each day. He has logged over 25 years in infrastructure IT journalism, including stints at IDG,...
Read more from Joab Jackson
SHARE THIS STORY
RELATED STORIES
Pinterest: Turbocharge Android Video with These Simple Steps End-to-End Test Troubleshooting Internal Developer Portals Can Do More than You Think Core Wars Shows the Battle WebAssembly Needs to Win JavaScript or WebAssembly: Which Is More Energy Efficient and Faster?
TNS owner Insight Partners is an investor in: The New Stack, Docker.
SHARE THIS STORY
RELATED STORIES
Poisoned Lolip0p PyPI Packages Insights on Integration Tests with Foresight Trace-Based Testing for a Distributed World Internal Developer Portals Can Do More than You Think Platform Engineers: Developers Are Your Customers
THE NEW STACK UPDATE A newsletter digest of the week’s most important stories & analyses.
The New stack does not sell your information or share it with unaffiliated third parties. By continuing, you agree to our Terms of Use and Privacy Policy.