Microsoft and VMware have introduced a new tier for the Azure Spring Cloud to further empower Java developers to build enterprise apps using the Spring framework.
Sep 2nd, 2021 10:30am by Darryl K. Taft 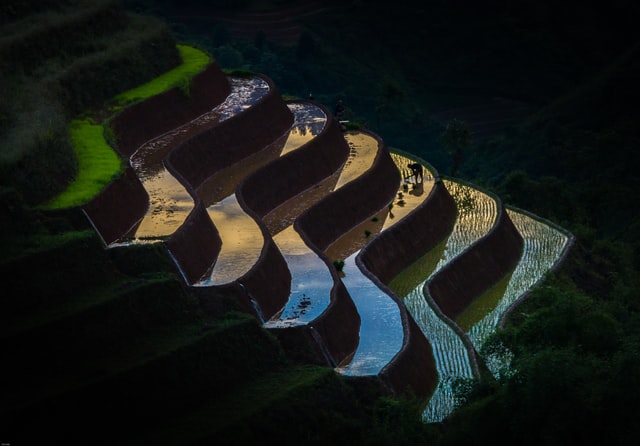 Microsoft and VMware have introduced a new tier for the Azure Spring Cloud to further empower Java developers to build enterprise apps using the Spring framework.

The new Azure Spring Cloud Enterprise Tier, introduced at the SpringOne 2021 conference, is a managed service for Spring that is optimized for the needs of enterprise developers, Julia Liuson, corporate vice president of Microsoft’s Developer Division, told The New Stack.

The Spring ecosystem is strong, with nearly 60% of Java developers using the technology, said Eli Aleyner, director of cloud products and alliances for VMware Tanzu, in a blog post.

The goal of the Azure Spring Cloud Enterprise Tier is to offer a fully managed Kubernetes-based service that lets developers focus on applications rather than infrastructure, speeding the path from source code to production while accommodating existing investments in tools and workflows, Atelsek noted.

“There’s a lot to gain for Microsoft and VMware, as there are still approximately 75% of enterprise applications to modernize or re-platform, almost half of them are Java apps,” said Torsten Volk, an analyst at Enterprise Management Associates. “VMware can show developers that Tanzu services help them increase their productivity, while Azure can offer a turnkey enterprise-grade environment for easy onboarding of Java applications. Developers and DevOps teams get to test-drive this new platform without much risk, as a fully managed service. This is definitely a step into the right direction for all three sides of this equation: Microsoft, VMware, and Java developers.”

Indeed, as part of the service, customers get 24×7 VMware Spring Runtime support for Spring projects and access to Spring experts, as well as access to packaged versions of popular projects designed for enterprise use, Aleyner said. Enterprise Tier customers also will be able to open support tickets for bugs or CVEs encountered while using Spring libraries, he added.

“As VMware has no public cloud platform it has partnered with Microsoft in the past with Azure Spring Cloud. Now the Tanzu innovation is coming to Azure with Azure Spring Cloud Enterprise — making it easier for Spring developers to benefit from Tanzu innovation,” said Holger Mueller, an analyst at Constellation Research. “This is good news for Spring developers building their next-generation applications on Azure, as the partnership is working and delivering the next innovations with the various Tanzu components.”

In addition, VMware plans to soon ship API Grid, a solution for API management in large enterprise organizations, and App Accelerator, a templated solution to allow architects in large enterprises to specify allowed enterprise patterns of Spring Microservices that individual teams can use to speed their development, said Ajay Patel, senior vice president and general manager of Modern Applications Business at VMware. These components will help enterprise developers establish effective patterns and guidance that can help their systems to scale and evolve with changing business needs, he said.

Darryl K. Taft covers DevOps, software development tools and developer-related issues from his office in the Baltimore area. He has more than 25 years of experience in the business and is always looking for the next scoop. He has worked...
Read more from Darryl K. Taft
SHARE THIS STORY
RELATED STORIES
Best Practices for API Security in Kubernetes Matillion’s Data Productivity Cloud Brings dbt Orchestration Composing a Platform by Patching Crossplane Resources How to Handle Sessions with Cookies and Tokens  Can Agile Teams Have a Design-First Approach to APIs?
VMware is a sponsor of The New Stack.
TNS owner Insight Partners is an investor in: The New Stack.
SHARE THIS STORY
RELATED STORIES
How Developers Monetize APIs: Prepay Emerges as New Option How to Achieve API Governance  Matillion’s Data Productivity Cloud Brings dbt Orchestration GraphQL and REST Can Coexist, Author Will Lyon Says Planning User Roles for Your Application
THE NEW STACK UPDATE A newsletter digest of the week’s most important stories & analyses.
The New stack does not sell your information or share it with unaffiliated third parties. By continuing, you agree to our Terms of Use and Privacy Policy.