What is developer advocacy? Why is it so popular now? We sat down with Microsoft's Chloe Condon on this episode of The New Stack Makers podcast to answer these questions, as well as how to add a touch of drama into your corporate tech job.
Jun 7th, 2019 11:53am by Jennifer Riggins 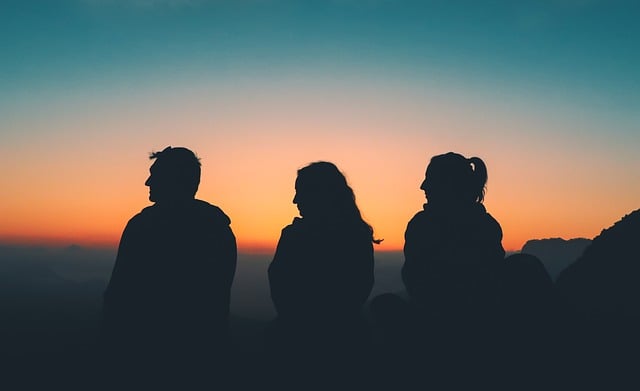 What is developer advocacy? Why is it so popular now? We sat down with Microsoft’s Chloe Condon on this episode of The New Stack Makers podcast to answer these questions, as well as how to add a touch of drama into your corporate tech job.

Condon says that maybe job titles like hers — developer evangelist — are new, but this role has existed since there have been products marketed to engineers. Developer advocates tend to be more extroverted engineers, who have a tech background instead of just marketers that happen to work in tech.

For her, the most important part of the role is the community. One question she asks all developer relations candidates — What communities are you currently involved in? These don’t have to be running big conferences, but can be Meetups or even online communities. It shows you can build communities and you already have some.

One of the most challenging parts of their jobs that developer advocates old and new complain of is measuring it. Marketing, in general, can be difficult to measure, but then how do you measure the impact of a new, creative use case — like this fake boyfriend Condon created with a Twilio voice and Azure SMS integration — or a camping themed Meetup or a blog post or a keynote? She admitted so much of the effort of developer relations teams or individuals have very long-term effects, like recruitment, some of which is less measurable than others.

Condon echoed fellow Makers’ guest Jason Yee’s suggestion of quarterly OKRs — overall objectives, each with multiple, measurable key results to support. It’s important that this role gets into the habit of tracking everything from product feedback, to docs updates, to making sure new recruits are tracked. Like many marketing-adjacent roles, they are the ones that raise the most questions when an organization is in trouble, and, since it involves a lot of travel, it can be quite an expensive role.

Since developer evangelism straddles marketing and engineering, it often jumps around departments. While it is inherently a marketing role, Condon recommends it make a home on an engineering team. She says having an engineering background gives you credibility with fellow engineers, but it also closes feedback loops, as you are interacting with customers and prospects all the time, often in safer spaces.

After all, Condon says that it’s all about “building tools that will help other people.”

So what makes a good developer advocate? It’s interestingly one of those roles that has a lot of non-traditional paths to tech, like Condon who has a bachelor’s in theatre performance. She’s among many who have done boot camps or apprenticeships and even self-taught online, like Write/Speak/Code. She similarly recommends Microsoft Learn, a Microsoft MOOC or free online course — and use the link as a way for Condon to track this tech community contribution!

This leads to more diverse developer backgrounds if these alternative routers can get past arduous four-year-degree centric recruitment portals.

And then once you’re in, Condon advocates for being as creative as possible, which has led to her varying adventures that has her helping Microsoft reach a new audience of makers aged 16 to 35.

Jennifer Riggins is a culture side of tech storyteller, journalist, writer, and event and podcast host, helping to share the stories where culture and technology collide and to translate the impact of the tech we are building. Currently in London,...
Read more from Jennifer Riggins
SHARE THIS STORY
RELATED STORIES
Case Study: How Dell Technologies Is Building a DevRel Team Grafana Shows New Observability Projects at ObservabilityCON OpenTelemetry Properly Explained and Demoed How Paylocity Scaled Up Community in the Cloud with MongoDB Kubernetes 101: Install Kubernetes on Rocky Linux
TNS owner Insight Partners is an investor in: The New Stack.
SHARE THIS STORY
RELATED STORIES
Pre-Labeled Datasets Are Key to Building High-Quality ML Models Log4Shell Lives! Devs Are Excited by ActivityPub, Open Protocol for Mastodon 6 Security Risks to Consider with WebAssembly Grafana Shows New Observability Projects at ObservabilityCON
THE NEW STACK UPDATE A newsletter digest of the week’s most important stories & analyses.
The New stack does not sell your information or share it with unaffiliated third parties. By continuing, you agree to our Terms of Use and Privacy Policy.