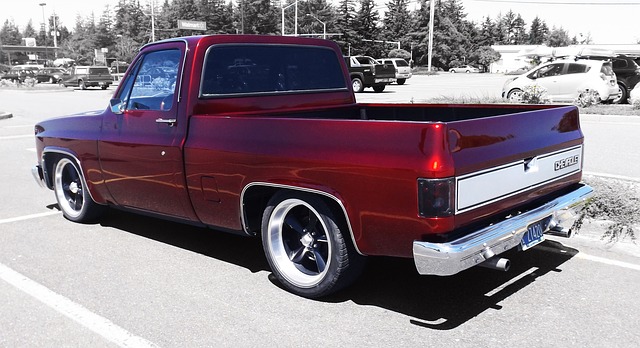 Microsoft continues to unveil its low-code strategy to empower both non-technical citizen developers and pro developers alike, as the company sets its sights on an elusive vision of fusion or hybrid software development.

At the Microsoft Build 2021 virtual conference, Microsoft introduced a series of new tools to help enable these fusion dev teams, with low-code tooling to potentially usher in an “industrial revolution” for software development, said Charles Lamanna, corporate vice president of the low code application platform at Microsoft, in an interview with The New Stack.

The linchpin to this potential revolution is the enablement of citizen developers to join forces with professional developers, he said.

Power Platform: Step one of the fusion revolution

“Step one is to get citizen developers building apps and having business users and coders working together; that’s where the real amazing stories will start to happen,” Lamanna said.

Because business users or citizen developers are only going to go so far, he said. They are not likely to delve into data integration or artificial intelligence or connectivity issues. But working alongside a pro developer they can help complete an application faster and better.

“I like to use these opportunities to have a citizen developer work alongside me to both have a concept of how a new tool is built, but also to build the smaller solutions that I need for various roles,” Brian Hodel, a senior analyst for Business Systems at T-Mobile, said in a statement. “The nice part of this is that it helps with my bandwidth and gives them an opportunity to have coaching along the way to learn best practices and new methods.”

In addition, Microsoft is making it easier for pro developers to build low-code systems for Microsoft Power Apps.

At least 28% of the developers currently using Power Platform are professional developers; this is up from just 10% two years ago, Lamanna said.

“From an innovation standpoint, we can use Power Apps to spec and build a solution and continuously improve it, rather than waiting for someone else to do the work,” said Christopher Hitt, assistant manager of field technical operations for Toyota Motor North America, in a statement.

The Journey to Fusion Development

Lamanna said fusion teams is a term Microsoft borrowed from Gartner, which defines it as “cross-functional teams that use data and technology to achieve business outcomes.” Though that does not specifically single out low-code developers, Microsoft’s adoption of the term includes the contributions of citizen developers.

“The Independent Publisher connector is about creating an ecosystem of custom connectors,” he said. “We have something like 475 data connectors out of the box to a lot of common stuff like SAP, Salesforce and ServiceNow, and now we’re making it possible for anybody to submit a connector and have it certified.”

Adding Natural Language to the Mix

“I’ve seen those demos where you can just describe something like ‘red button with white text’ and the system will generate it for you using GPT-3,” said Ronald Schmelzer, an analyst at Cognilytica in Ellicott City, Md. “It’s a neat trick. I wonder how well it works in edge cases given that it’s just trained on Internet data. But honestly, Microsoft paid $1B to OpenAI for an exclusive license for GPT-3, so yeah, they have to use it otherwise what was the point? And it’s an exclusive license so maybe they want to show something that others can’t do (yet). People are working on an open-source version of GPT-3.”

“You can have the business users actually participate in the software development lifecycle,” he said. “What actually is happening behind the scenes is either Azure DevOps or GitHub Actions is running at the pro dev setup. But they just show up inside of PowerOps as a simple concept. The users don’t need to understand what’s a pull request, what’s a merge, what’s a deploy. They just say do you sign off on this version. If they say yes, then it goes to production. It gives you a good business-user centric experience.”

“The concept of DevOps is no longer limited to participation of developers and ops teams,” said Charlotte Dunlap, an analyst at GlobalData in Santa Cruz, Calif. “App modernization can only be successful through the collaboration of a broader group of non-coding citizens to fill in developer gaps and bring new business opportunities to enterprises. Microsoft’s efforts to integrate Power Platform — such as its intelligent automation capabilities — with [Microsoft] Teams illustrates how digital companies can leverage more of their workforce to achieve their goals and become more resilient, agile and efficient in a pandemic era.”

Microsoft is Not Alone

But Microsoft is not alone in the quest to empower fusion development teams. Other companies, such as ServiceNow are also building tools to help this emerging development strategy.

Josh Kahn, senior vice president of Creator Workflow Products at ServiceNow said you can think of the fusion team concept as the modern, low-code take on IT and line-of-business collaboration, where you have a community of pro developers and citizen developers working together to scale cross-enterprise application development.

“At ServiceNow, we provide the tools for both of these personas to collaborate within a single platform, so it really takes collaboration from meetings and even joint modeling to actual co-creation — which is why we call it Creator Workflows,” Kahn said. “With ServiceNow, IT developers are able to build re-usable integrations, user interface components and other reusable components that can be placed into the tools and used by citizen developers in a drag-and-drop way. This is exactly how fusion teams are expected to work.”