Millions of Remote Workers Are Now Thinking About Moving 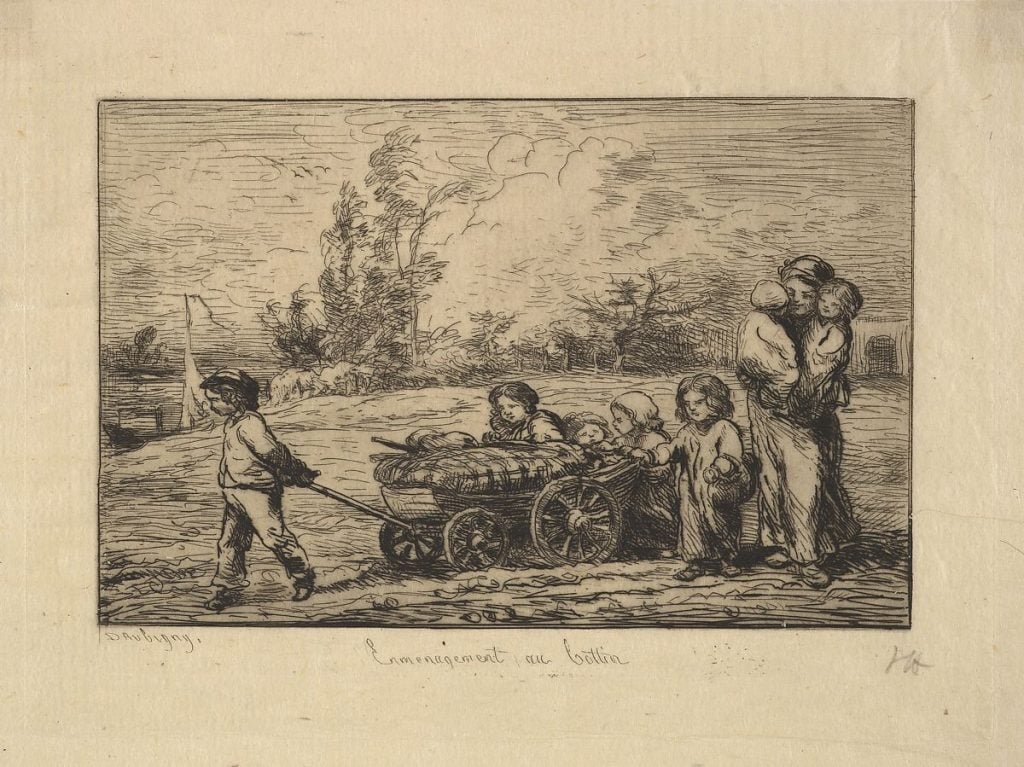 This year Facebook announced half its employees can now permanently work from home. And elsewhere in the Bay Area, local newspapers even reported that a regional government agency voted in September to “move forward” with a proposal to require large, office-based companies to implement working from home for employees at least 60% of each week by the year 2035. Though that proposal quickly drew criticism from other local officials, it points to something new: a widespread reappraisal of the possibilities of remote working.

In fact, because of remote working, millions of teleworkers are now thinking about moving, according to a new survey by the freelancing platform Upwork. They suggest it could be “the biggest, fastest transformation of the labor market since the World World II mobilization.”

America’s civilian labor workforce is over 160 million, according to the Bureau of Labor Statistics. Yet Upwork calculates that a surprisingly large percentage are now planning to relocate because of new opportunities created by remote work: between 14 million and 23 million Americans. That’s between 6.9% and 11.5% of all American households — but that may be just the beginning. “Combined with those who are moving regardless of remote work, near-term migration rates may be three to four times what they normally are.”

Their results are based on a survey of 20,000 people conducted using Google Consumer Surveys during the first 15 days of October. (The range of results reflects a slightly different wording of the question in different versions of the survey.)

BLS is not the only one that has spotted the trend. NPR also cites research from United Van Lines (conducted from March through August) which found Americans were 32% more interested in moving this year than the year before. It seems like those statistics could be influenced by the pandemic. One commonly cited reason was concern for personal health — and that survey also found people wanted to leave New York State at higher-than-average rates. But it also found the number of people who wanted to leave San Francisco was more than twice the national average — though that city has remained one of the healthiest throughout the pandemic.

That suggests another possible reason: housing prices. And San Francisco’s rental market remains the most expensive in all of America, according to stats from the real estate site Zumper cited by the San Francisco Chronicle. In fact, Upwork’s survey found that more than half of the respondents (52.5%) were specifically planning to move into housing that was “significantly more affordable” than their current homes (at least 10% cheaper) — while only 25% specified they’d be moving into a more expensive home. And the desire for cheaper housing was most pronounced among those who planned to move out of a major city. 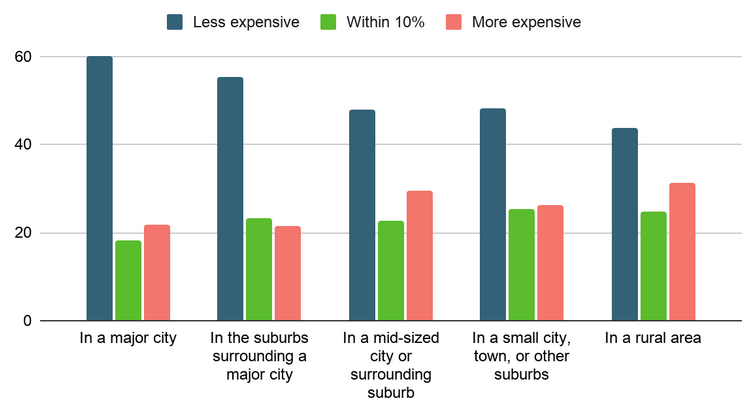 Citing data from Apartments.com, Upwork also sees this migration reflected in rental prices. “The most expensive places have seen the biggest decline in demand, while lower cost of living places have seen stronger demand.”

Adam Ozimek, Upwork’s chief economist, summarized their survey’s key insight to NPR: “Many people see remote work as an opportunity to relocate to where they want and where they can afford to live.”

United Van Lines also found other factors at work, NPR reports. “Customers told the moving company that the pandemic made them reevaluate what was important to their family, which meant being closer to extended family and friends. Other customers said they had to widen their job search to out of state.”

And Upwork’s respondents were twice as likely to say they were moving to someplace with a lower population density than to somewhere with a higher density. In fact, 20.6% of the city-dwellers in the survey said they were planning a move, versus 8.6% of those living in a mid-size city or its surrounding suburbs (and another 12.2% living in a suburb).

But whatever the reason, Upwork found that more than half their respondents were clearly taking advantage of the opportunities of telecommuting: “54.7% of people are moving over two hours away or more from their current location, which is beyond daily or even weekly commuting distances for most.” About 41.5% were actually moving more than 4 hours away, while 13.2% were moving within 2 to 4 hours of their current home. Upwork argues these stats “further supports the notion of a growing separation of where people work and where they live.”

Upwork argues these trends may redistribute America’s workforce. “Over the past few decades, work opportunities have become increasingly concentrated in a handful of superstar cities. At the same time, a lack of new housing supply and high building regulations in these cities have drastically risen the cost of living.” It points out that in Silicon Valley cities like San Jose and San Francisco, the median price of a home is “well above $1 million…”

However, “Remote work has presented an alternative to this by allowing us to disconnect where we work from where we live.”

Upwork points out this gives businesses the opportunity to hire from a much larger pool of talent — though Upwork may have a stake in some of those decisions. The company provides job listings for freelancers looking for work, and was formed when the freelancer platforms oDesk and Elance merged in 2013, then rebranded themselves in 2015. The company’s web page now boasts millions of jobs are posted each year on the site, and it keeps a close eye on the industry. In September the company calculated that 59 million Americans had performed freelance work within the previous 12 months, “representing 36% of the U.S. workforce, an increase of 2 million freelancers since 2019,” and “contributing $1.2 trillion to the economy.” (While 10% of the workforce had paused their freelancing, 12% had begun freelancing.)

How far will this trend go? And could it spread internationally? Last year tech companies in Helsinki, Finland began touting “City as a Service” — a “talent attraction campaign” that provided a free, 90-day relocation package to successful applicants to encourage them to move into their country. It’s now announced another season of the program — and it’s not the only city trying to attract new talent.

Forbes recently reported variations on the “digital nomad visa” were now being offered by Estonia, Germany, Portugal, and the Czech Republic. But it also noted the Remote Shoals program in Alabama was offering a $10,000 premium paid out over the first year of relocation.

“Everyone wants to pay you to leave the Bay Area,” quipped a headline in June at the Hustle.

What happens next is anyone’s guess. But Upwork’s announcement of their survey’s results seems to culminate with a call to action, or at least, to ask the inevitable follow-up question. “Paying high housing costs is no longer a requirement for accessing high paying labor markets, and the geography of where people can live greatly expands.

“But will professionals seize this moment as an opportunity to relocate?”

SHARE THIS STORY
RELATED STORIES
SRE Housekeeping: Where to Get Started for New Hires A Brief DevOps History: The Road to CI/CD It Happened to Me: How I Suddenly Owed AWS $13,000... Java's James Gosling on Fame, Freedom, Failure Modes and Fun Wellspring of Creativity: Why Public Domain Matters
TNS owner Insight Partners is an investor in: Sysdig, Hustle.
SHARE THIS STORY
RELATED STORIES
Golden Paths Start with a Shift Left It Happened to Me: How I Suddenly Owed AWS $13,000... How to Get Started Filling 3.4 Million Cybersecurity Jobs Why Your Code Sucks: Common Excuses for Bad Programming Entrepreneurship for Engineers: Avoiding Feature Bloat
THE NEW STACK UPDATE A newsletter digest of the week’s most important stories & analyses.
The New stack does not sell your information or share it with unaffiliated third parties. By continuing, you agree to our Terms of Use and Privacy Policy.