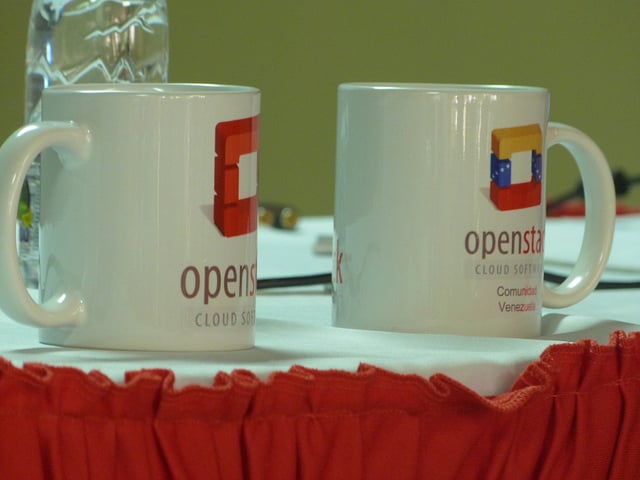 Mirantis plans a demonstration this week, resulting from its collaboration with Google, of a Kubernetes integration with OpenStack. The integration automates the creation and configuration of underlying infrastructure, allowing developers to deploy Kubernetes clusters on OpenStack with just a few clicks. The project uses Murano, an application catalogue in OpenStack, to deploy and configure Kubernetes clusters and deploy Docker containers into those clusters.

“Enterprises do not have, necessarily, the caliber of engineering talent that Google does, but they’d very much like to accelerate their software development cycles using container technology such as Docker. So what we’ve done is married the expertise of Google at managing containers at scale, with the experience of Mirantis in building and running large clouds, thereby allowing enterprises to take full advantage of container technology,” Mirantis CEO Adrian Ionel said.

In addition to making managing containers much easier, he said, it’s also enabling the hybrid cloud to allow both on-premises and Google Cloud deployments to manage workloads that can be moved between the public and private cloud.

“Enterprises need a container story that has the security, networking and storage features that an enterprise expects and is very easy to use, and that’s exactly what we’re bringing to market,” Ionel said. “It’s also a validation from Google that OpenStack is the private cloud technology that enterprises are standardizing on.”

Kubernetes’ tasks include providing pods that implement the Docker service, monitoring availability and load of the pods, and scaling pods up and down based on the Kubernetes configuration. It uses OpenStack’s Heat orchestration to provision the resources Kubernetes needs, and coordinates connectivity between the pods and the underlying infrastructure, according to a Mirantis blog post.

Mirantis will demonstrate the new technology Wednesday at the Bay Area Kubernetes meetup and will make video of it available afterward. Though it is announcing the integration, it’s not yet product grade, Ionel said. It has shown to work for starting a small Kubernetes cluster and running one specific type of application on that cluster, but has yet to be tested at scale and across different scenarios, according to the company.

It plans to make a technical preview available in April and release an enterprise-grade product a few months later.

Chris Swan, CTO at CohesiveFT in London, sees the integration as a response to public cloud Kubernetes-based services announced by Google, Microsoft, IBM and others.

“This is all about OpenStack getting parity with those environments,” he said.

Indeed, IBM, Red Hat, VMware, Docker, Mesosphere, CoreOS and SaltStack all have Kubernetes projects in the works. HP, for one, also is combining Kubernetes with OpenStack.

And despite recent concern that vendors might be working toward customer lock-in with their OpenStack offerings, there’s a huge range of OpenStack projects on the market, Gary Chen, research manager for cloud and virtualization system software at research firm IDC, points out.

“Any vendor can take that open source project and create any sort of commercial product they want from it, open or closed, and anywhere in between,” he said.

Google has seen tremendous interest and uptake in use of Kubernetes since it became open source, Google product manager Kit Merker said.

When asked whether the company is happy with the ways vendors are using it, he said:

“Having Kubernetes open source means the company gets feedback directly from people using it. We have more hands and eyes working on that software for us, so it lets us see where things are going from a user perspective. There is some level of control that comes from maintaining the project, but people are free to take the software and use it, in whatever terms they want, under the license agreements we have.”

Mirantis, which bills itself as a “pure-play” OpenStack company, has helped build and deploy some of the largest OpenStack clouds at companies such as Cisco, Comcast, DirectTV and Ericsson, one of its investors.

It announced a $100 Million Series B round of funding last October led by Insight Venture Partners, and still plans on a 2016 IPO, Ionel said.

Red Hat, which had invested in Mirantis previously, was noticeably absent from the backers in the new round. A few weeks previous, Red Hat had announced it would be transitioning from client-server to cloud computing with an emphasis on OpenStack. It’s taken heat for reportedly saying it will not support other OpenStack distributions other than its own.

Chen sees Red Hat’s position stemming from the embedded hypervisors used in OpenStack – usually a version of KVM – that have yet to be certified to work with RHEL, rather than an overt attempt at lock-in. He wants to learn more about how Red Hat is handling these certification programs, though.

VMware obviously wants to play up its own technology with OpenStack, Chen pointed out. Narrowing down its integrated components simplifies a lot of things such as installation, configuration, upgrades and support, which allows VMware the chance to improve ease of use and provide a more tested, stable, and reliable product. The tradeoff is providing a product less flexible in its ability to integrate with other technology, Chen said.

Enterprises might favor the supported versions of OpenStack offered by Red Hat, for instance, because they already run Red Hat Enterprise Linux, while smaller shops might prefer the “no lock-in” versions of OpenStack, as opposed to other virtualization technologies like VMware, according to Carlos Sanchez, a founder at DevOps orchestration engine MaestroDev and a member at the Apache Software Foundation.

Meanwhile, Docker and technologies on top of it, such as Kubernetes, might finally fulfill the promise of applications that can run anywhere, he says.

“With Kubernetes, we shall see in the next months who emerges as the provider of choice, providing better support, ease of use – whether it is Google Container Engine, Kubernetes on top of OpenStack (and which OpenStack vendor), CoreOS, or something else,” he said. “There are definitely different use cases that each of them specialize on (public cloud, private cloud, bare metal) that will impact the adoption decisions.”