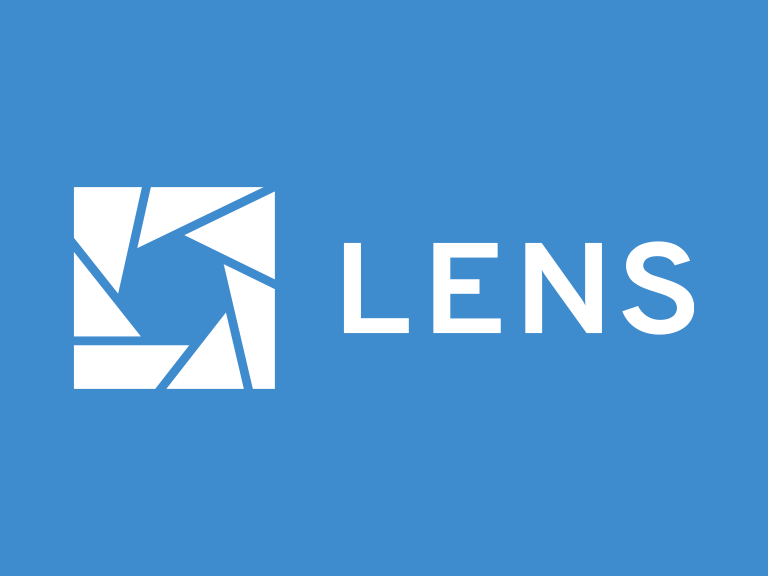 Open source enterprise software provider Mirantis has released a beta of the latest version of Lens, its integrated development environment (IDE) for Kubernetes, at this week’s KubeCon+CloudNativeCon Europe, this time with a focus on making the IDE more accessible to onboarding new users and viewing all the resources available on and beyond your Kubernetes clusters.

The beta of Lens 5 introduces three new features that specifically make it easier to access clusters, services, tools, pipelines, automation, and resources regardless of where or how they are running. They are designed to increase collaboration and to more easily perform commonly repeated tasks.

The first of these features, Catalogs, “will allow you to [make] not only your Kube clusters easily accessible, but basically, your entire cloud native technology stack, whether we are talking about the clusters themselves or any services, workloads, tools, automations, pipelines, etc. that might kind of be related to the project that you’re currently working on,” explained Miska Kaipiainen, principal of Lens IDE and senior director of engineering at Mirantis. 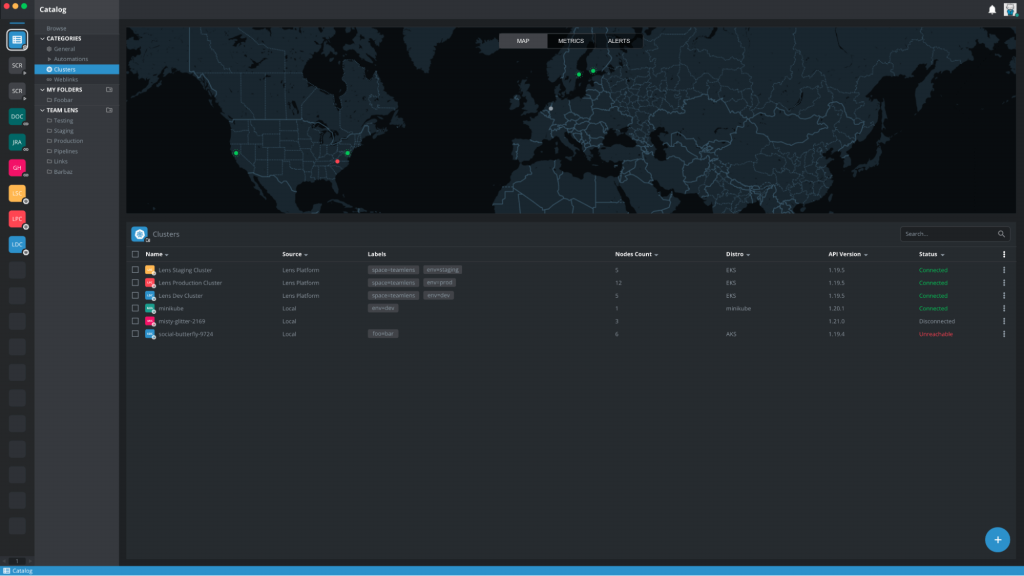 Kaipiainen emphasized the catalog as central to the beta release, with Lens Spaces providing not only an easy way to onboard new users, but also to gain access to the catalog. Lens Spaces provides an integrated team environment where administrators can organize, access, and share clusters with other team members, whether on-prem or in the cloud, while also giving administrators an easy way to invite new team members using a process similar to inviting someone to a Zoom conference.

“We have been hearing a lot from our users that the onboarding with Lens is not necessarily so easy for the larger teams. So far, Lens has been a single user experience where each one of the users downloads the software and configures it for their own use cases,” said Kaipiainen. “But now with Lens 5, we are introducing Lens Spaces, which is a collaborative dimension to Lens, which allows development teams to create a shared catalog — so all their assets, clusters and everything that they need to work on on a daily basis. Now they can start sharing these catalogs among their teams and they can easily start sharing access to the resources in the catalog.”

Finally, the beta of Lens 5 introduces a Hotbar feature, which Kaipiainen says is a feature that would be familiar to gamers. The Hotbar essentially offers macros of actions that can be easily and quickly taken with a single click of a button, and currently, the beta is pre-populating these with users’ existing clusters, offering them a way to quickly switch between them.

The Lens 5 beta follows last year’s release of Lens 4, which introduced an API for extensions, and Kaipiainen says that since then they have seen roughly 100 to 150 extensions created, although most are proprietary and for internal use at larger organizations. There are just a handful of publicly available extensions, however, and Kaipiainen says he expects organizations to potentially create more with the introduction of Catalogs.

“If you are a big enterprise, you might actually have your own catalog entries and stuff that you have in your catalog. With the Lens 4, we introduced the Extensions AP, so now extension creators can fully expand the capabilities of these kinds of items that are accessible through the catalog,” said Kaipiainen.

The Catalog is key to Lens moving forward, with Kaipiainen also eyeing an integration with Crossplane in the near future, which would bring about the ability to further interact with those resources outside the local Kubernetes cluster. 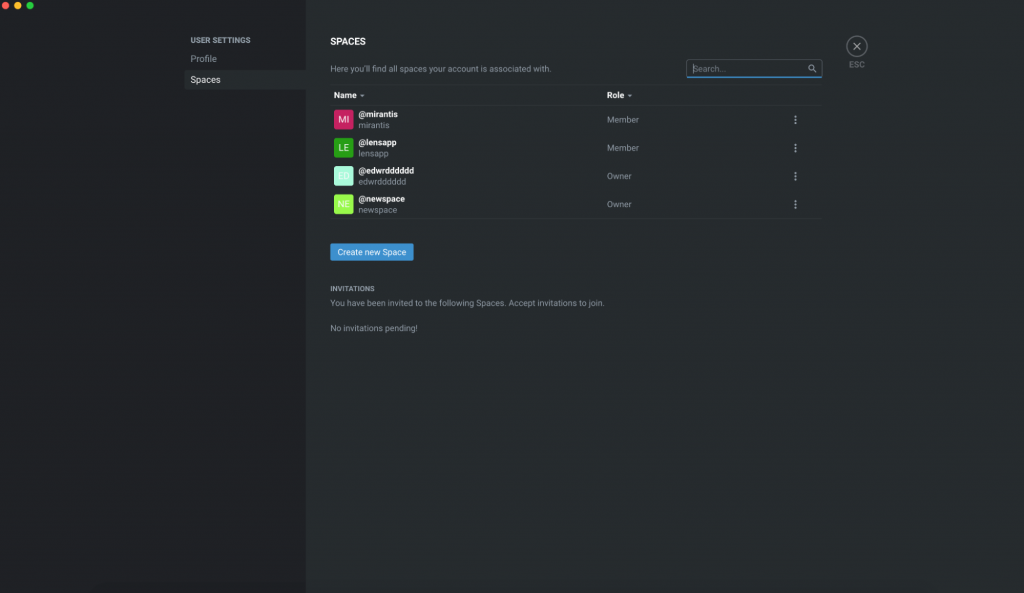 “The beauty of Crossplane is that it basically abstracts different cloud providers in a similar way. If I’m using Crossplane, I can easily create resources to my cloud provider using the Kubernetes API. I think that’s kind of beautiful. It will take Kubernetes capabilities from being just a container orchestration, actually to be the cloud orchestrator. For example, I can create an RDS instance, if I need, never submitting any API request to AWS. I will just do this API request to my Kubernetes, and my Kubernetes, with the help of Crossplane, will actually help me accomplish that,” said Kaipiainen. “It’s still kind of early days, but I think the concept is great and I feel that it fits very well with the direction where we want to take Lens.”