MIT's Mediated Matter Group unveiled Fiberbots, a digital fabrication platform that utilizes a series of small robots that work cooperatively to create fiber-based structures, or potentially whatever is at hand.
Feb 1st, 2019 12:00pm by Kimberley Mok 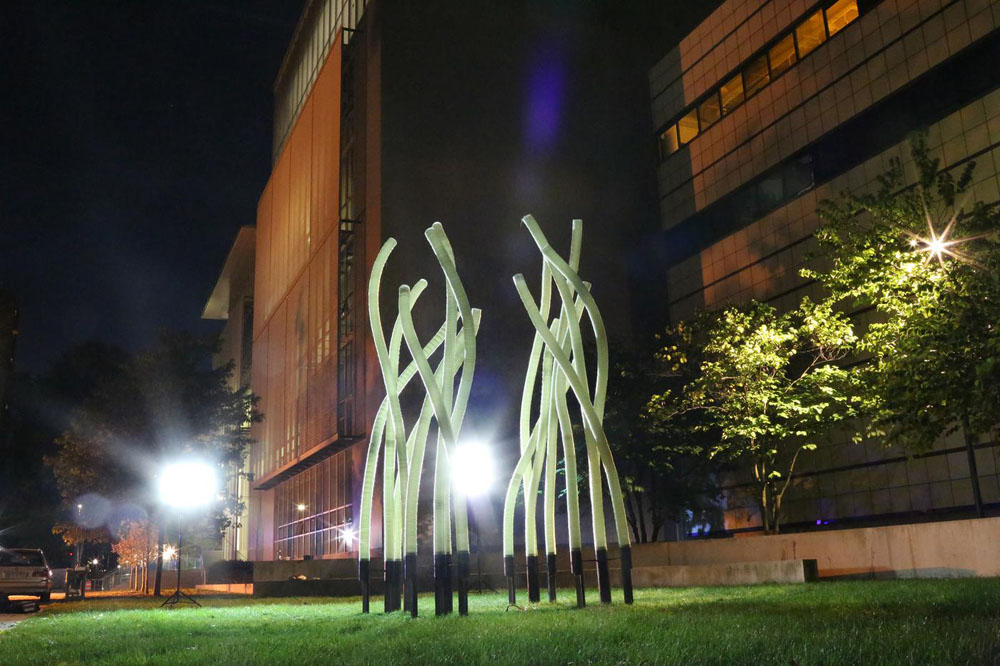 Despite our reservations about the imminent robot takeover, smart machines of various stripes are making their presence known in a variety of fields: creating surprisingly good music and literature, helping human surgeons and boosting productivity on construction sites.

But imagine what these robots could achieve if they also worked together collaboratively, much like how a teeming cluster of bees might work together in a hive, or a column of ants carrying food back to the colony? The notion of decentralized, self-organizing swarm intelligence is alive and well in the natural world, and some are readapting those principles in the emerging field of swarm robotics. MIT’s Mediated Matter Group recently did just that with the unveiling of Fiberbots, a digital fabrication platform that utilizes a series of small robots that work cooperatively to create fiber-based structures, or potentially whatever is at hand. Watch:

Each Fiberbot consists of a motorized base and a rotating arm, as well as a membrane made of silicone, which can be inflated. When this membrane is inflated, the robot can then attach itself to the structure that is in the process of being built, and a mix of fiberglass filament and resin is then fed through the bot’s rotating arm and combined in its nozzle. 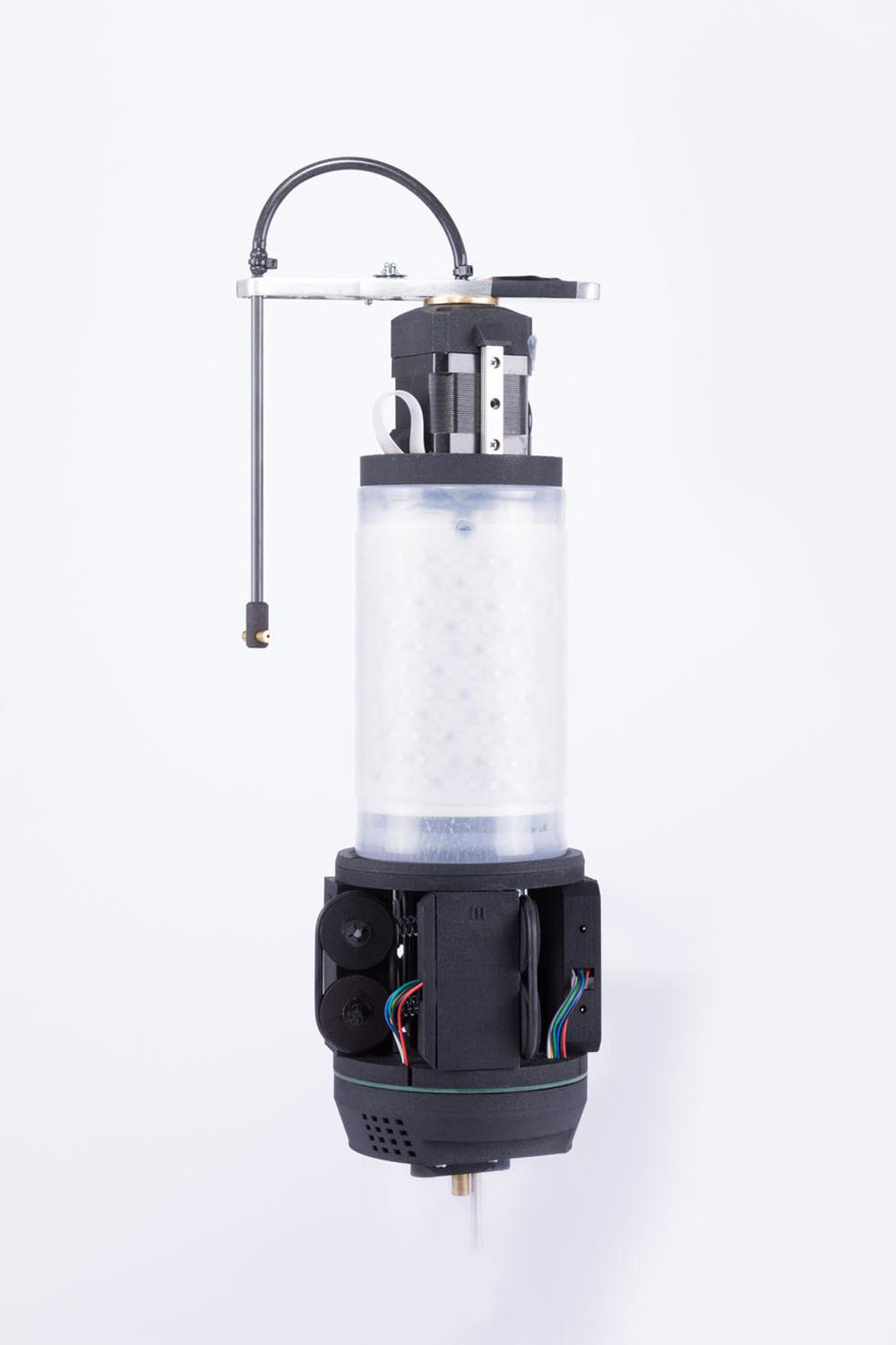 The robot then spins out this wet fiber around itself, creating high-strength tubular structures, which are solidified with ultraviolet light. Once the topmost segment of the fiber casing has solidified, the bot can then deflate itself in order to detach from that portion, and shift itself up the tube with its motorized base to build the next segment.

The robot is capable of changing directions, allowing it to build complex curves bit by bit. The bots are able to communicate with each other wirelessly, and follow a pre-programmed trajectory that users determine. As they build up, the robots’ navigation system uses a custom algorithm that gives them autonomy to work on their own or collectively, but also prevents potential collisions. 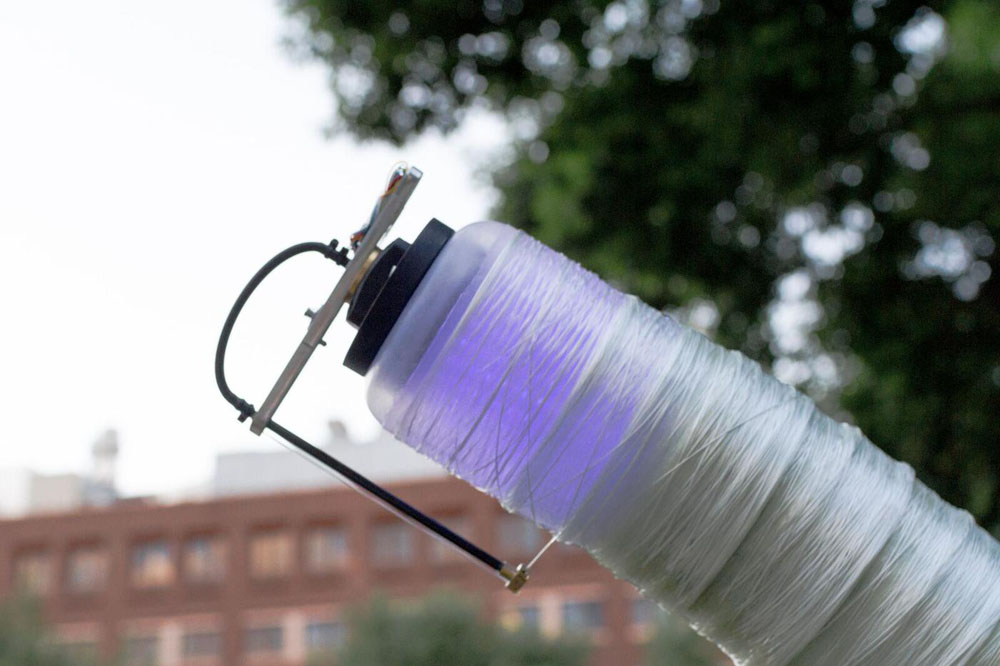 During the team’s tests, sixteen Fiberbots were deployed to build a 15-foot-tall series of tube-like structures. Setting up the system and the actual building process took about 12 hours, and the structures themselves remained outside throughout autumn and winter. The team foresees that these robots could potentially be used in disaster situations, where they could be air-dropped from above, and set loose to autonomously build emergency shelters, bridges or other support structures in a matter of hours.

These diminutive bots represent an alternative to other forms of automated construction, namely rapid fabrication (RF) and rapid manufacturing (RM). While these systems have been around for a few decades, they are limited by a number of factors, such as the size of the gantry that houses the printer apparatus. That’s where swarm technology like the Fiberbots can come in.

“A swarm approach to manufacturing can radically transform digital construction by digitally fabricating structural materials; generating products and objects larger than their gantry size; and supporting non-layered construction by offering novel fabrication processes such as robotic weaving and free-form printing,” explained the researchers. “The [rapid fabrication and rapid manufacturing] methods are conducive to function generation, however, cannot be easily scaled to large systems. With swarm sensing and actuation, systems can become more responsive and adaptive to environmental conditions. Following Nature’s example, a swarm offers reliability and efficiency through distributed tasks, parallel actuation, and redundancy.” 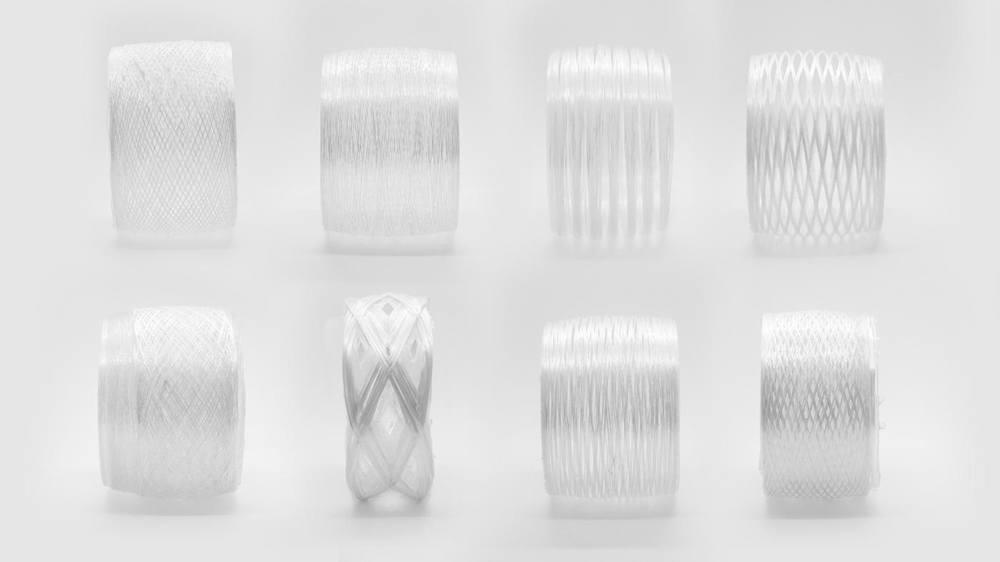 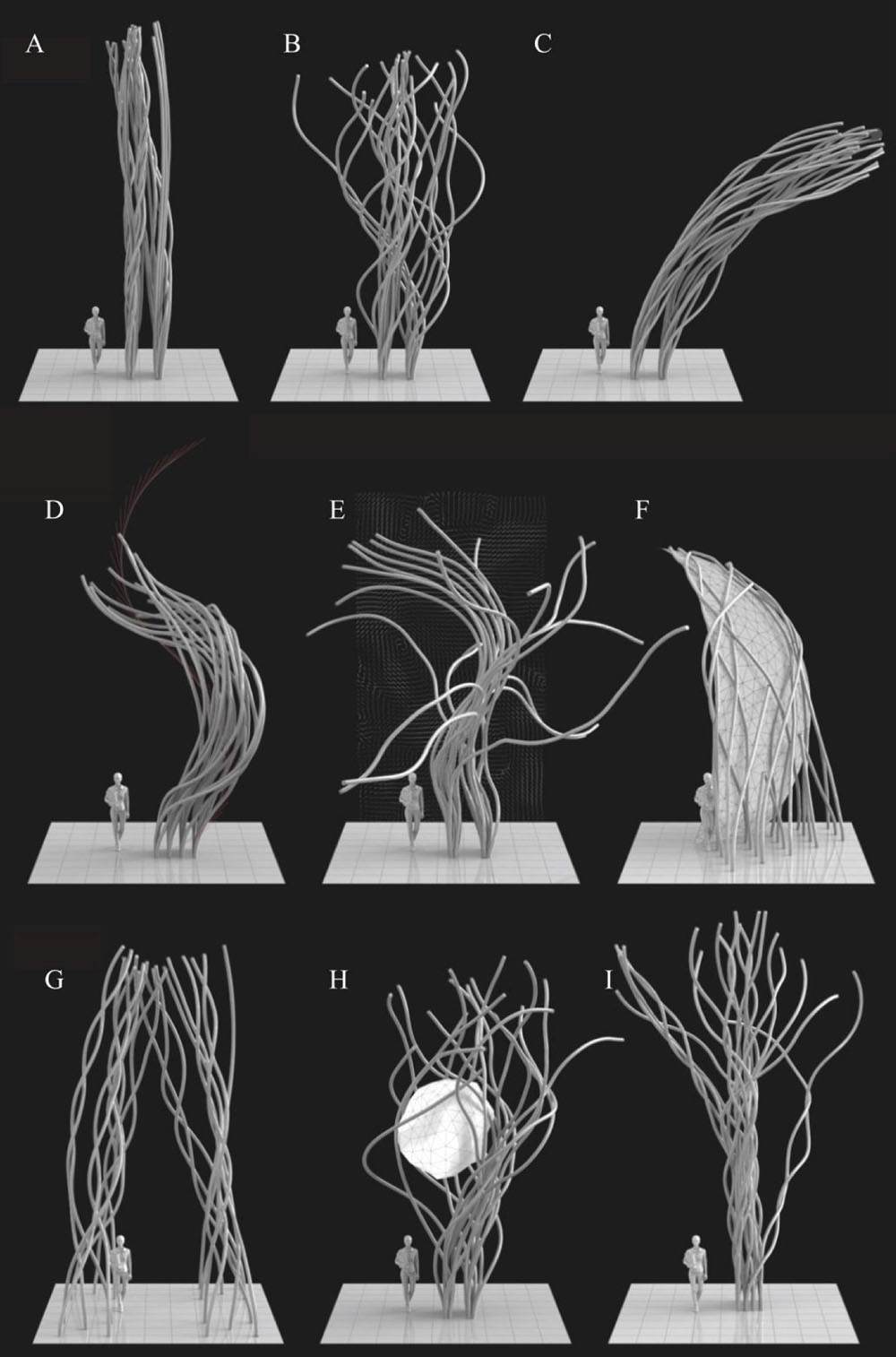 Rapid fabrication and rapid manufacturing methods also typically use liquid-based, powder-based or solid materials that aren’t necessarily structural and therefore, not suited for architectural applications. But newer and more innovative materials and techniques such as the ones seen in this project may very well change the way buildings are made — or perhaps spun — in the long run.

“Fibers are the bricks of the future,” as Neri Oxman, an architect, professor and leader of the Mediated Matter Group told Dezeen. “We will see fibers appearing everywhere, across scales and applications, including carrying and transferring data between bodies, buildings and environments. In the case of Fiberbots, we chose fiberglass as a basic structural material with which we could experiment, but we are currently considering smart fibers made of natural materials that are as structurally promising but also environmentally friendly. Specifically, fiberglass can provide energy-efficient, green, sustainable solutions for building enclosures. It has relatively low embodied energy due to its composition and can be shaped to carry loads in multiple directions.”

SHARE THIS STORY
RELATED STORIES
Top Edge Computing Companies to Know 4 Supply Chain Security Threats and How to Handle Them 5 Supply Chain Security Trends Couchbase’s Managed Database Services: Computing at the Edge Pinterest: Turbocharge Android Video with These Simple Steps
SHARE THIS STORY
RELATED STORIES
9 Supply Chain Security Best Practices Top Edge Computing Companies to Know Spotify: Bigger the Codebase, the More Challenging the Migration Making It Easier to Build Apps with Time Series Data Performance Measured: How Good Is Your WebAssembly?
THE NEW STACK UPDATE A newsletter digest of the week’s most important stories & analyses.
The New stack does not sell your information or share it with unaffiliated third parties. By continuing, you agree to our Terms of Use and Privacy Policy.