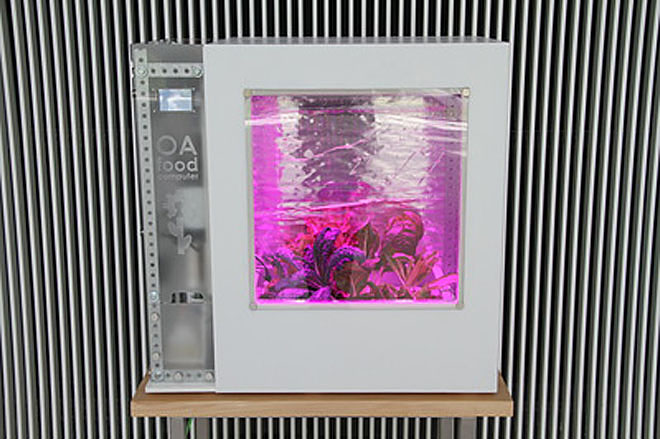 Most of us probably don’t think too much about the foodstuffs we buy in the supermarket. But behind the scenes, today’s food production system relies on a centralized, industrial-scale supply chain that’s still dependent upon soil-based agriculture for the majority of our food crops.

In many instances, that means that food has to travel long distances from farm to table, meaning that food has lost much of its freshness and nutritional value by the time it reaches your table. There’s also a growing awareness that this model isn’t sustainable: the pressures of increasing urbanization and loss of arable land, rising populations and the increased frequency of extreme weather events like droughts and floods — brought on by climate change — means that slowly but surely, we are going to have to change the way we grow our food.

There are some indications of this shift: the appearance of urban rooftop farms, an explosion of interest in automated hydroponic systems. The problem with all these systems is that their platforms are proprietary, and the lack of a common platform between them means these won’t necessarily scale up.

That’s where the Massachusetts Institute of Technology’s Food Computer might shake up the status quo a bit. Developed as part of the Open Agriculture (OpenAG) Initiative at MIT’s Media Lab, the Food Computer is an open-source platform that uses robotic systems to create a controlled, hydroponic food growing environment inside a custom-designed incubation chamber. Data gathered from these food-growing units is shared among users worldwide, encouraging a computationally based food system that’s accessible and collaborative.

Watch as Caleb Harper, principal research scientist for MIT’s OpenAG Initiative, explains how Food Computers work and why they might be the future of agriculture:

Food Computers would allow variables like energy use, carbon dioxide, temperature, humidity, dissolved oxygen, potential hydrogen and even electrical conductivity to be monitored and tweaked to optimize growing conditions. Even more intriguingly, these variables could also be adjusted according to a “climate recipe” that would replicate the growing conditions of a certain desired locale.

For instance, if you like the taste of strawberries from Spain, you can program the Food Computer to create the same conditions, producing strawberries in your own home that would taste and nourish in the same way.

According to the researchers, you can even “program biotic and abiotic stresses, such as an induced drought, to create desired plant-based expressions.” For instance, for sweeter tasting lettuce, you stress the plant by lowering one variable, and in response, it produces more sugars to protect itself. 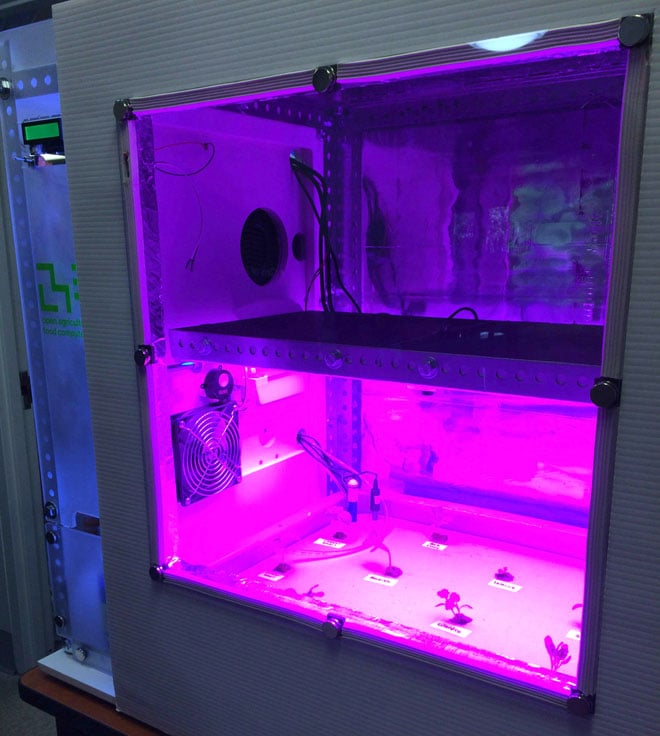 Data points about plant growth and development are constantly being gathered via the Food Computer’s network of sensors, with an average of 3.5 million data points per plant being collected each growth cycle. That abundance of data is aggregated and shared in an open database, where a  machine learning algorithm sifts it through to create those customized “climate recipes.”

These recipes can be downloaded, modified and used by anyone around the world. The idea here is to leverage the advantages that come with sharing data in such an open way, to revolutionize a food system that is poorly adapted to today’s environmental, economic and societal realities.

“The current state of [networked agriculture] is very one-off,” Harper told IEEE Spectrum. “Everybody designs their own little unique ‘data center’ for plants, for a warehouse farm or for a vertical farm. They say it’s super special, and they try to create intellectual property out of it. And they won’t let people go in it because they don’t want other people to steal their brilliant ideas. That’s the problem in my industry now. They haven’t realized that there’s a system that underlies this. And it won’t scale until there is a common platform.” 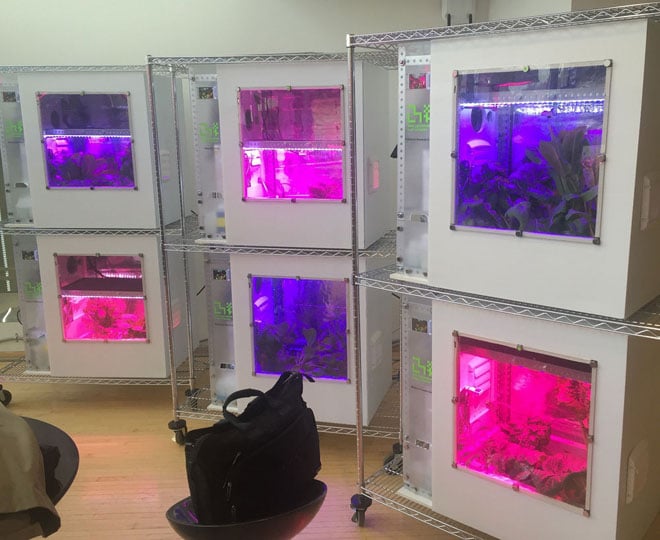 Playing on the idea that food becomes digitized data, the Food Computer comes in three sizes: a desktop-sized Personal Food computer aimed at hobbyists and schools; a shipping container-sized Food Server, designed for research institutions and restaurants; and a warehouse-scale Food Datacenter that can be subdivided for industrial production of different crops.

There’s no doubt that our current agricultural and distribution paradigm needs to change. In the future, we might look forward to not only widespread food computing, but also distributed robot gardens that combine machine intelligence with that of plants to build truly green and sustainable cities. At the very least, data-driven initiatives like OpenAG and its Food Computers will make agriculture ‘cool’ again, inspiring people to not only innovate, collaborate and to think creatively outside of the box, but also empowering them to change the way they feed themselves.