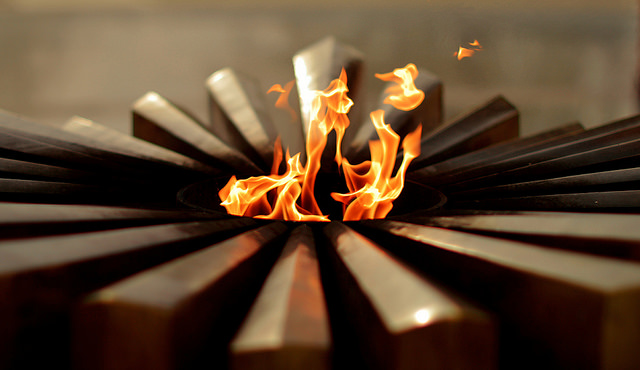 Mnemonic, one of the latest projects to achieve top-level status with the Apache Software Foundation, is designed to address the garbage collection problems that Big Data applications encounter.

Java Virtual Machines (JVMs) don’t have application awareness — the user knows where the program can stop a little to clean up garbage, and when a critical session can’t, explained Yanping “Lynn” Wang, co-creator of the project, which originated at Intel.

With the Mnemonic model, all they need to do is declare their objects non-volatile.

The Java-based project includes a unified framework, a durable object model and computing model, an extensible focal point for optimization, and integration with Big Data projects like Apache Hadoop and Apache Spark.

She and Gang “Gary” Wang worked together on how to improve memory management for Big Data, ultimately writing 6,000 lines of code.

The software provides Java programmers a way to define objects and structures to be managed by Mnemonic. In testing their work on Spark, they were able to cut pause time in half and achieve 2x to 3x gains in speed, she said. Companies such as Cisco and Cloudera have joined the project at ASF, she said, while Intel’s artificial intelligence and client computing groups are furthering the work.

Yanping Wang, meanwhile, has left Intel to focus the work on financial trading use cases, where no pauses are acceptable.

Storage continues to evolve, with NAND and 3D XPoint filling the speed and capacity gap between DRAM and hard disk drives, she said.

“We have a lot of non-volatile memory these days. In the old days, there was a memory disk and cache, which left speed gaps. Then software developed a lot of algorithms for caching — if they didn’t do the caching, some of the data they wanted to use was swapped back to disk. Then it would take an extremely long time to access. Now hardware developers are starting to put fast memory to fill in the gaps between cache and disk, so a large amount of memory is available. That chunk of memory is not being used very effectively so far on Spark, Hadoop and others on the software side,” she said.

For Big Data computation, it keeps massive data object and its schema on storage, with no need to serialize/deserialize the objects.

“In-place computing means doing calculations where the data is,” she explained. “You do not need to move the data. We work with CPU — it could be GPU, on a card — memory can have a processing unit pretty much anywhere. Take the data, it can do sorting, do partition, when some critical work is being done, processing is done in the database itself, very close to the processing unit. In the old days, the computer could not do that because it was too expensive and the memory was so far away from the cache. This is based on hardware innovation as well.”

Actually, Mnemonic is a project somewhere between software and hardware, she said.

“The optimization is to ensure the best usage of hardware while the software has flexibility and a fast usage model. The software can run seamlessly, but underneath … we make sure hardware works the best, but also makes software happy,” she said.

Using Apache Mnemonic, objects also can be directly accessed by other computing languages such as C/C++. The durable object model and durable computing model might also lead to new cache-less and SerDe-less (serializer and deserializer-less) architecture for high-performance applications and frameworks.

The project is continuing to develop the library, she said, and is working on pure Java memory service, durable object vectorization and durable query service features.

Apache Mnemonic provides a unified interface for memory management,” said Yanhui Zhao, Apache Mnemonic committer. “It is playing a significant role in reshaping the memory management in current computer architecture along with the developments of large capacity NVMs, making a smooth transition from present mechanical-based storage to flash-based storage with the minimum cost.”

Feature Image: “The Flame of Memory” by Maxim Peremojnii, licensed under CC BY-SA 2.0.

Susan Hall is the Sponsor Editor for The New Stack. Her job is to help sponsors attain the widest readership possible for their contributed content. She has written for The New Stack since its early days, as well as sites...
Read more from Susan Hall
SHARE THIS STORY
RELATED STORIES
Data Modeling: Part 1 — Goals and Methodology NASA and IBM to Speed AI Creation with New Foundation Models Why So Many Organizations' Artificial Intelligence Initiatives Fail Is the Answer to Your Data Science Needs Inside Your IT Team?  Redis Data Types: The Basics
SHARE THIS STORY
RELATED STORIES
Processing Large Data Sets in Fine-Grained Parallel Streams with SQL Data Modeling: Part 1 — Goals and Methodology Get Started with Text Classification How to Lower Your Company‘s AI Risk in 2023 One Technology That Makes Renewable Energy More Efficient
THE NEW STACK UPDATE A newsletter digest of the week’s most important stories & analyses.
The New stack does not sell your information or share it with unaffiliated third parties. By continuing, you agree to our Terms of Use and Privacy Policy.