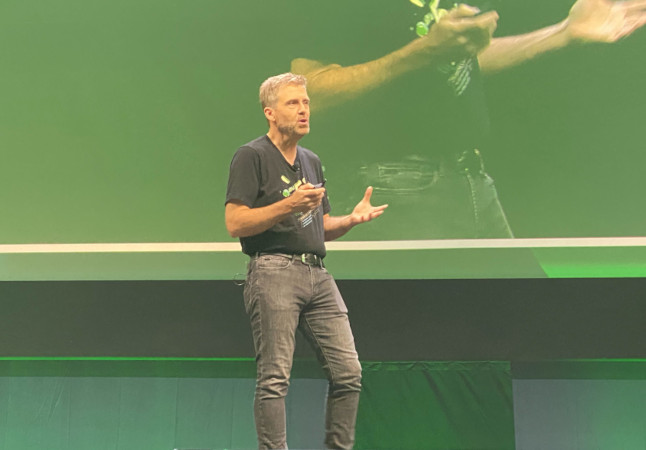 The developers behind the open source MongoDB, and its commercial service counterpart MongoDB Atlas, have been busy making the document database easier to use for developers.

“The hardest part of a developer’s life is dealing with state,” said Andrew Davidson, MongoDB vice president of cloud products. The original appeal of MongoDB was to give developers an easier way to store, index and retrieve documents as objects, rather than translate this work to SQL. Any next-generation dev platform needs to “meet the developer where they are,” Davidson argued.

The pending release of MongoDB has a number of new features aimed directly at boosting dev productivity. The company will discuss all these latest enhancements at the MongoDB World, being held this week in New York.

Headquartered in New York, MongoDB is the developer data platform company empowering innovators to create, transform, and disrupt industries by unleashing the power of software and data.
Read the latest from MongoDB

The following new MongoDB features aim to help this regard.

Available in preview, Queryable Encryption provides the ability to query encrypted data, and with the entire query transaction be encrypted — an industry first according to MongoDB. This feature will be of interest to organizations with a lot of sensitive data, such as banks, health care institutions and the government. This eliminates the need for developers to be experts in encryption, Davidson said.

This end-to-end client-side encryption uses novel encrypted index data structures, the data being searched remains encrypted at all times on the database server, including in memory and in the CPU. The keys never leave the application and the company maintains that the query speed nor overall application performance are impacted by the new feature.

MongoDB is also now supporting time series data, which are important for monitoring physical systems, quick-moving financial data, or other temporally-oriented datasets. In MongoDB 6.0, time-series collections can have secondary indexes on measurements, and the database system has been optimized to sort time-based data more quickly.

Although there are a number of databases specifically geared towards time-series data specifically, such as InfluxDB, many organizations may not want to stand-up an entire database system for this specific use, a separate system costing more in terms of support and expertise, Davidson argued.

Another feature is Cluster-to-Cluster Synchronization, which provides the continuous data synchronization of MongoDB clusters across environments. It works with Atlas, in private cloud, on-premises, or on the edge. This sets the stage for using data in multiple places for testing, analytics, and backup.

Particular attention was also paid to better supporting analytics. Analytics nodes in MongoDB can now be scaled separately, allowing for better provisioning. And a feature that will be introduced later this year, Column Store Indexing, can be used to create and maintain a purpose-built index to speed up analytical queries without changing the document structure or copying data to another system.

The commercial Atlas itself has gotten some improvements itself.

The search feature of Atlas — powered by the open source Apache Lucene — has been enriched to allow users to better browse and refine their results in different dimensions by way of a new feature called Search Facets, which implements an inverted index technology.

And while MongoDB Atlas aims to make databases easier to manage through a cloud service model, the company now has an even easier option, Atlas Serverless, which is now generally available and removes the task of database provisioning and scaling altogether. Users will pay on a per-compute model.