Fifty-five percent in a new survey said they are more likely than before Covid-19 to seek a job at Facebook, Apple, Amazon, Netflix or Google.
Aug 23rd, 2022 9:38am by Lawrence E Hecht 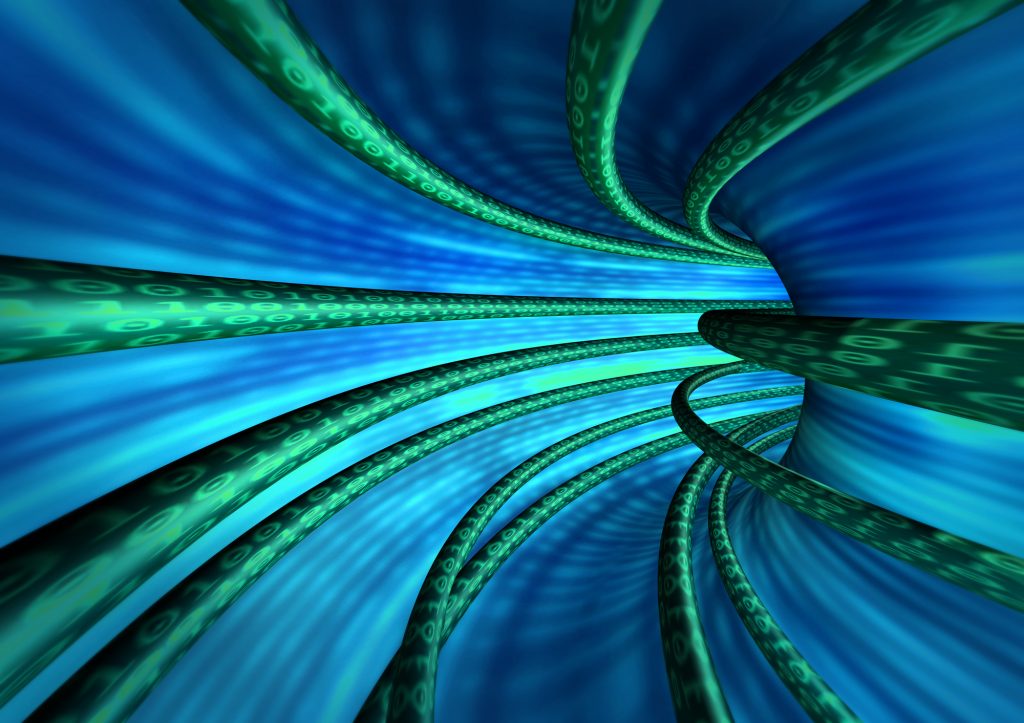 Compared to the start of the COVID-19 pandemic, 55% of data engineers say they are more likely to want to work for a FAANG company — tech behemoths Facebook, Amazon, Apple, Netflix and Google— while only 15% are less likely to feel that way, according to a new survey by Wakefield Research.

The study of 300 U.S-based data engineers was conducted on behalf of Monte Carlo, a data observability platform. Data collection for the report took place from April 28 through May 11. 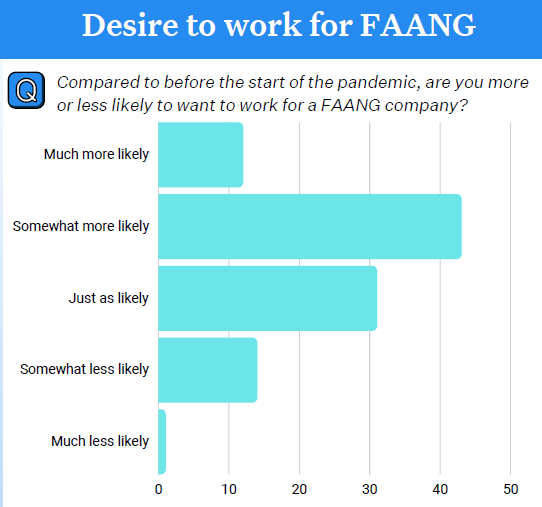 Wakefield is the same research outfit behind a 2021 data engineering survey that showed data responsibilities are stressful for some people, but not as much for data engineers as for other job roles.

The 2022 report provides stats that seem to support that assessment. More than half of respondents say the number of data incidents per month has increased and that it takes more than four hours to identify when an incident occurs.

With so much riding on the success or failure of data infrastructure, the desire to work for a FAANG company could make sense.

Smaller companies may require data engineers like those surveyed, to be a jack of all trades, which can be quite stressful. Perhaps the survey respondents believe working for Facebook, Apple, Amazon, Netflix, or Google will allow them to specialize and focus on their chosen career path.

If FAANG companies consistently act socially responsible and are attuned to signs of employee burnout, they won’t lose this next generation of tech talent they are recruiting.

Among other things, Monte Carlo’s platform ranks data by its importance and impact. In July, Susan Hall wrote in The New Stack about how the company’s competitor Soda checks to keep your data in line. The CEO of another of Monte Carlo’s rivals, BigEye, told our readers why data reliability engineering is important. Look for more coverage of data management topics on our site in the near future.

Lawrence has generated actionable insights and reports about enterprise IT B2B markets and technology policy issues for almost 25 years. He regularly works with clients to develop and analyze studies about open source ecosystems. In addition to his consulting work,...
Read more from Lawrence E Hecht
SHARE THIS STORY
RELATED STORIES
Snack Stack: Turning Winter Comfort Food up to 11 2023 Will Be the Year FinOps Shifts Left Toward Engineering CES 2023: Robots, Astronauts, Schwarzenegger and Flying Cars Entrepreneurship for Engineers: Building for Customers’ Love Why 'Explainable AI' Can Benefit Business
Amazon Web Services is a sponsor of The New Stack.
TNS owner Insight Partners is an investor in: The New Stack.
SHARE THIS STORY
RELATED STORIES
SRE Housekeeping: Where to Get Started for New Hires It Happened to Me: How I Suddenly Owed AWS $13,000... Platform Engineering Won’t Kill the DevOps Star Entrepreneurship for Engineers: Avoiding Feature Bloat CES 2023: Robots, Astronauts, Schwarzenegger and Flying Cars
THE NEW STACK UPDATE A newsletter digest of the week’s most important stories & analyses.
The New stack does not sell your information or share it with unaffiliated third parties. By continuing, you agree to our Terms of Use and Privacy Policy.