Most DevOps Plans Fail, but Things Are Getting Better 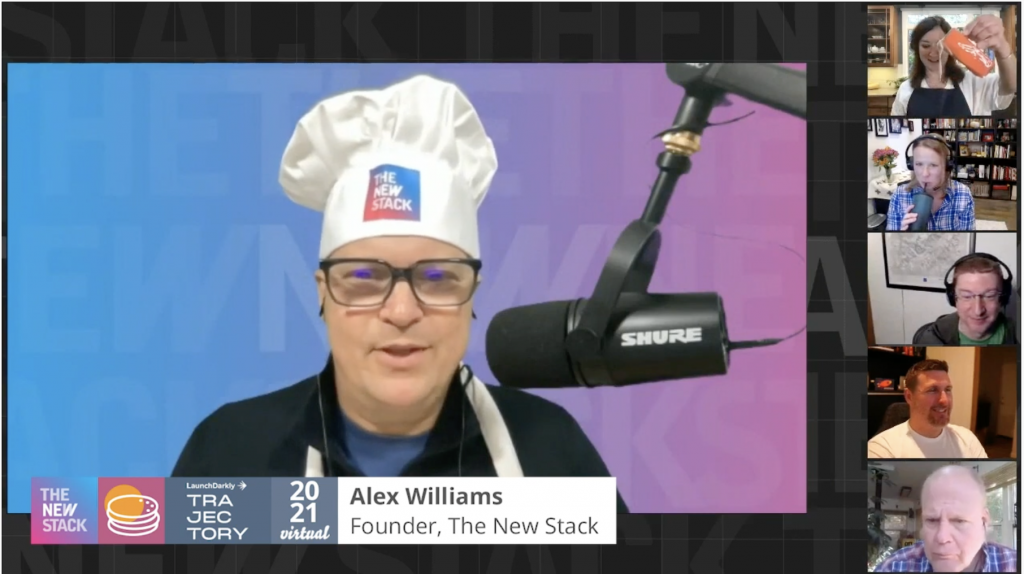 There is much discussion about boosting application release cadences, but the fact is that most organizations have not figured out how to deploy applications more quickly. According to data from analyst firm Gartner, 90% of DevOps initiatives will fail to fully meet expectations through 2023.

In this breakfast episode of The New Stack Makers podcast, streamed live during LaunchDarkly’s annual Trajectory user’s conference, we discussed today’s DevOps struggles and challenges. Potential solutions were also covered, such as how DevOps teams are turning to self-service developer platforms to meet their cloud-deployment goals.

Most DevOps Plans Fail, but Things Are Getting Better

Ideally, a developer should only have to create applications and work with Jenkins for deployment while committing code to GitHub. For applications to run on Kubernetes, YAML files and other configurations the developer must manage should be seamless. However, the process remains very complicated.

“People are just really struggling with the fragmentation of the developer toolchain overall, and so it can be a bit of a developer experience gap — I’m trying to get something that’s written on your laptop, all the way to production, and the number of tools and things that have to be integrated to make that happen can be really daunting for a lot of companies,” Stephens said. “So, I think on one hand tools are absolutely essential.”

A lack of standardization for DevOps is another example of how “it’s a little bit of a chaotic moment in DevOps,” Francis said.  “But I think that what I see is when a team gets into a groove, like they actually are able to standardize on a toolchain and a set of practices,” Francis said. “They really do get the velocity benefits and the consistency benefits that they were looking for when they chose those tools to begin with.”

Improvements are also being made to how infrastructure is improving to expand and contract based on performance-scale needs, De Arkland said. “I think that we’re in kind of the era of continuous things happening and it’s all about how do we do that with the minimal risk?” De Arkland asked. “How do we enable teams to do that faster? How do we have people get less 2 a.m. calls when something goes wrong, but we are very much in the realm of continuous evolution of the things that we do?”

However, how to manage the complexities associated with today’s DevOps toolchains is expected to remain a challenge for the foreseeable future. “We actually know less about how to run things now than we did years ago,” George said. “As in, we’re now running hundreds of services that are put together to create services that just add complexity.”