Multifunctional Robot Shapeshifts by Melting Its Own Joints

With the aim of creating a multimodal robot that can perform a variety of functions, in a variety of environments, researchers at Colorado State University have developed a small walking robot that can actually 'melt' part of its jointed mechanical structure, thus allowing it to move in different ways.
Feb 22nd, 2019 12:00pm by Kimberley Mok 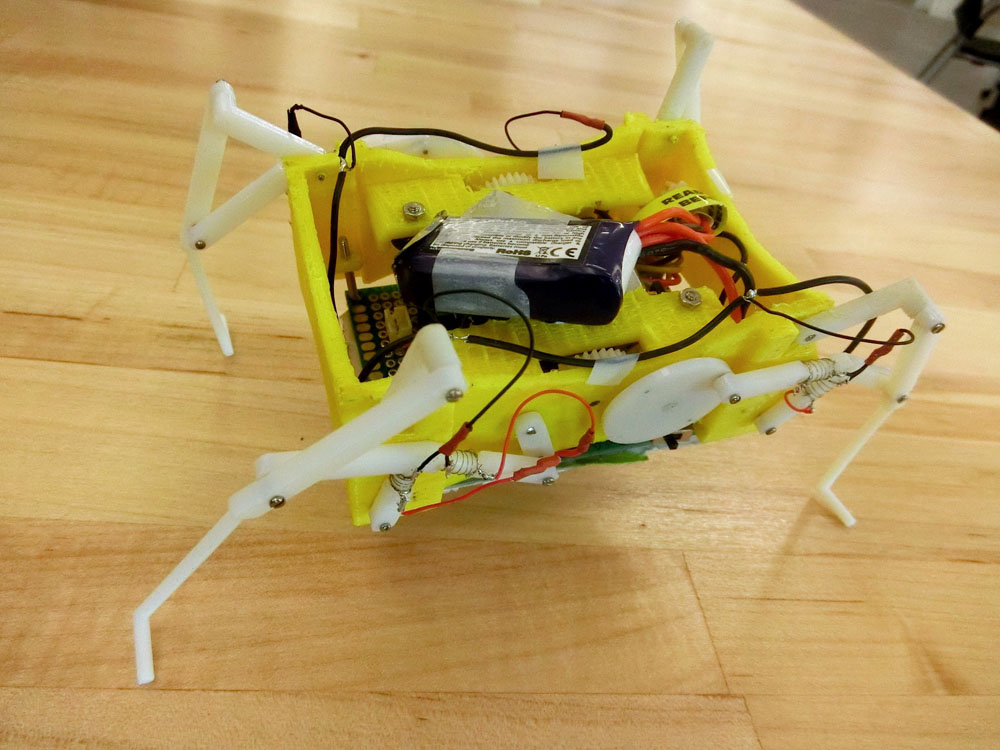 Evolution in nature is often characterized as the “survival of the fittest” — where those who can adapt best to their immediate environment will be more likely to survive and reproduce. The frog, for example, is one good example of an organism that has evolved to be as versatile as possible, where its biological development has resulted in it having legs that allow it to walk, jump and swim to evade predators and have access to a wider range of food.

So it makes sense that in the ongoing quest to design better and more versatile machines, roboticists are looking to nature for inspiration. With the aim of creating a multimodal robot that can perform a variety of functions, in a variety of environments, researchers at Colorado State University have developed a small walking robot that can actually “melt” part of its jointed mechanical structure, thus allowing it to move in different ways. Watch to see how it works:

In a paper published recently in IEEE Robotics & Automation Letters, the team explained how their adaptive robot can effect various methods of locomotion by melting and re-solidifying its joints, through the use of electrical currents. The robot is built out of a 3D printed plastic housing that contains a power source and other electronics. Most importantly, the bot has jointed legs made out of 3D printed polylactic acid (PLA), a biodegradable and bioactive thermoplastic polymer that becomes soft when exposed to heat.

As one can see in the video, electrical wiring is wrapped around these joints, and when an electrical current is applied, the wire heats up and the joints soften and bend into whatever shape is needed, a process that takes about 10 seconds. After the desired shape is attained, the electricity is cut and the PLA plastic hardens once more, and no more energy is needed for the joint to retain that shape. In this case, the PLA plastic functions both as a reconfigurable and as a structural element. 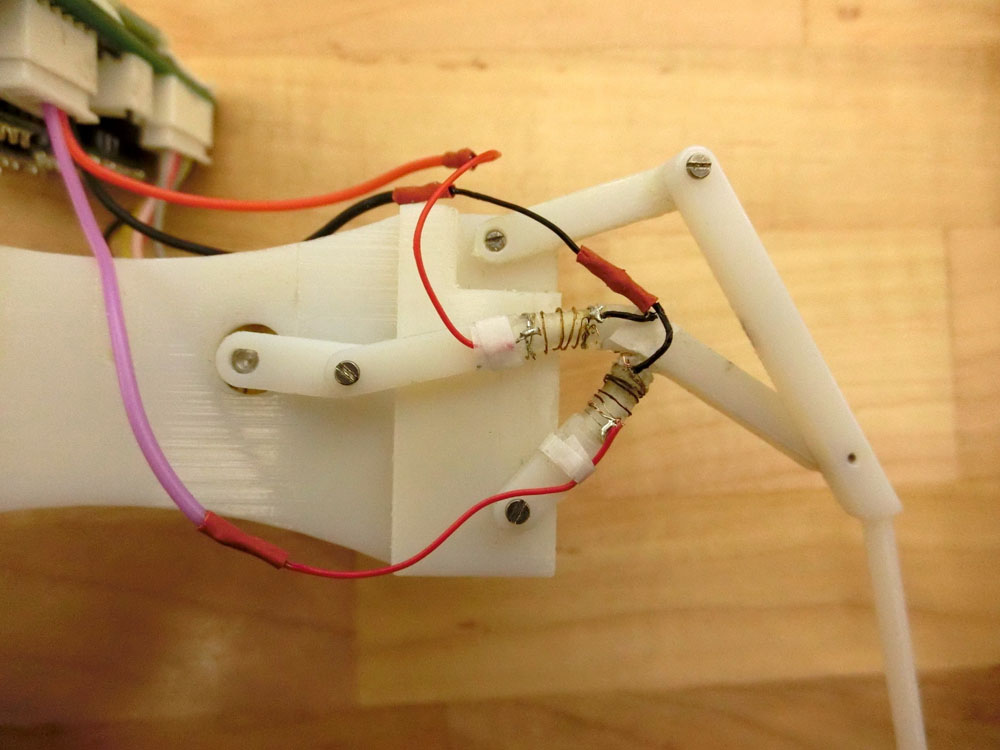 According to the researchers, it is this simple system of “shape-morphing joints” that would allow the robot to execute a number of different functions, such as walking, climbing or making itself shorter so that it can slip underneath obstacles, without having to modify the rest of its mechanical structure. Such an approach would reduce the robot’s overall weight, and minimize the possibility of malfunctions from an overly complex design, as well as help to keep production costs down. As the researchers point out, this approach would be more cost-effective and less complex than designing a robot with reconfigurable artificial “muscles” that would correspond to biological models. Moreover, this robot has at least one advantage over biological organisms who might have the same multifunctional attributes.

Using their technique, the researchers envision the development of fully multimodal robots that not only walk on land, but can change size, shape or functionality to also swim in water, climb up trees, or even fly using a variety of aerodynamic settings. Such adaptive robots could be potentially deployed as intelligent swarms or “mobile sensor networks,” to be used in environmental monitoring, or military surveillance missions, as well as in search-and-rescue operations during disasters. For now, the team is working on refining the morphing capabilities of their prototype, reducing the time required for the transformation process and the reliability of the shape morphing joints.