IT Ops Assumes a Greater Role in Container Management 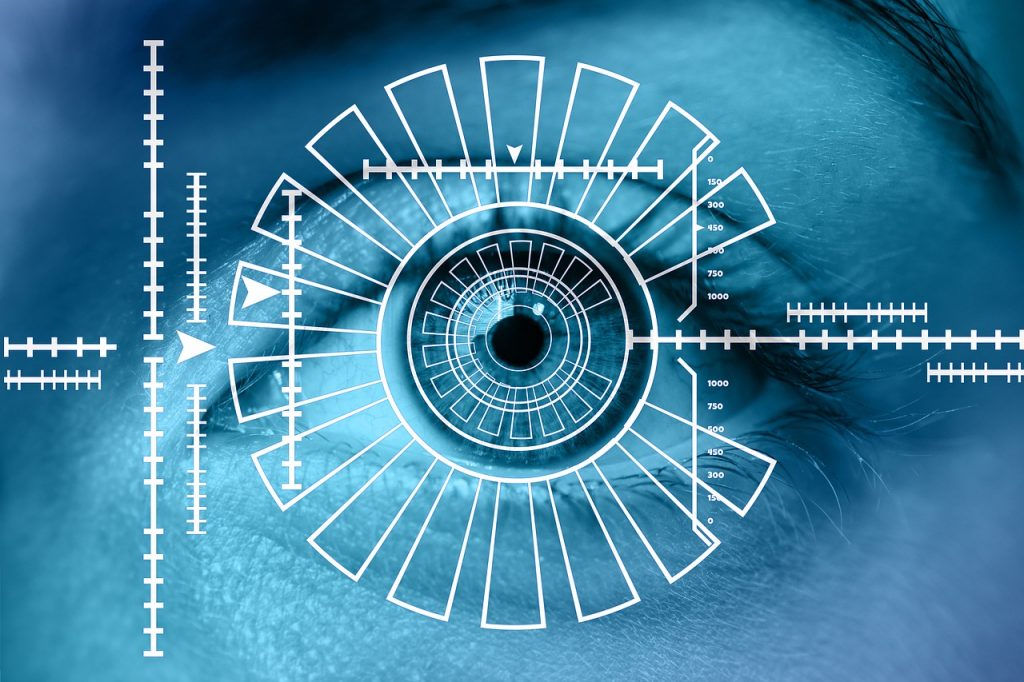 A 2019 Container Adoption Benchmark Survey from Kubernetes provider Diamanti corroborates three trends we’ve seen in recent market research about containers adoption: 1) IT operations teams have taken the lead; 2) security, not state, is the biggest obstacle to increased adoption; and 3) performance, not cost, is the reason to run containers on bare metal.

Of the over 500 IT leaders surveyed by Diamanti, 35% said IT operations teams were driving container adoption, doubling the amount answering that way in the 2018 study. IT operations’ increased influence is partly because many companies have made a strategic decision to move forward with Kubernetes even before they have widescale production use of containers. 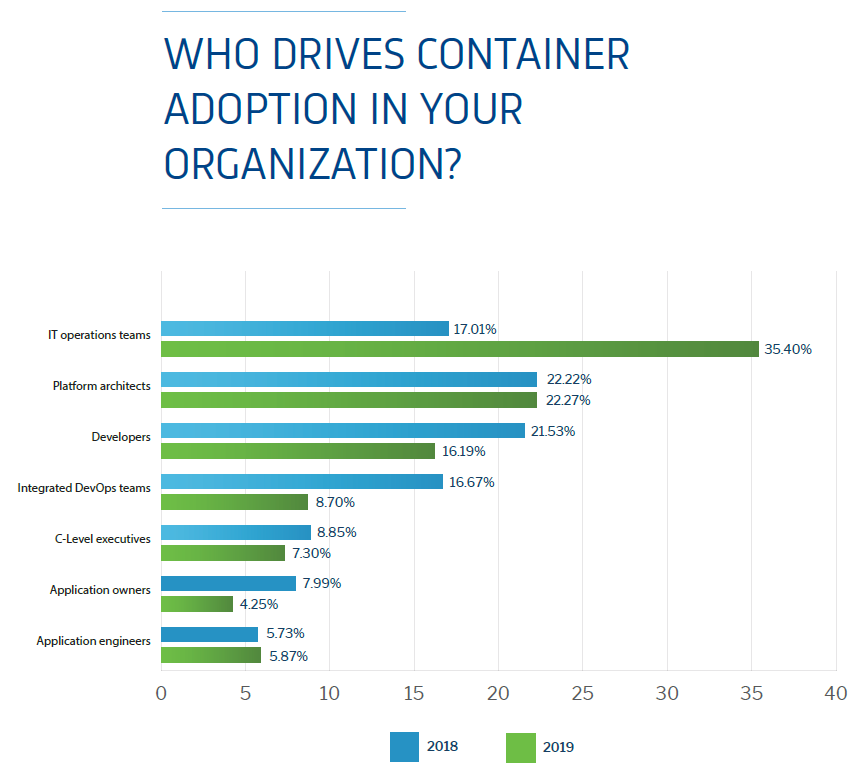 Production use of containers is also driving more companies’ focus in this area. DZone’s recent study found that among organizations that use containers, adoption by IT operations teams rose from 38% to 60% over the last year. The same study reported QA/testing teams usage also jumped. As we explained earlier this year, as more applications move into productions environments, security teams increasingly become concerned. So, if you’re an application owner or a developer, be ready to work closely with the rest of your company’s technologists.

Among those using containers in production, security rose as the biggest challenge for Diamanti’s respondents, going from 22% in 2018 to 31% in 2019. This aligns with a report published by Portworx and Aqua Security that said security was almost three times more likely to be named as challenging as compared to persistent storage. In our own survey about data stream processing, we found that as production use increased, concerns about state ebbed.

Although there is strong interest in running containers directly on bare metal, we have not seen a spike in its actual usage. Only 21% of Diamanti survey respondents deployed containers to bare metal in 2019, up one percentage point from the previous year. Of those that are using bare-metal servers, 56% are doing so for higher performance, with only 36% citing lower cost. This aligns with a finding in Turbonomic’s survey, which found that compared to reducing overall license costs, the performance of CPU-intensive workloads is much more likely to be cited as the primary benefit of bare metal infrastructure for container platforms.

Diamanti’s survey also found that “managing complexity” is the biggest challenge with bare-metal containers. The company has an appliance offering that simplifies management, but that is not the only way to make things easier to manage. Another approach is to use a managed service or public cloud offering that gets rid of the need to manage bare metal servers. Containers as a service (CaaS) offerings are often run on bare metal, but even when they aren’t, CaaS as well as functions as a service (FaaS) abstracts the need to manage a VM. With on-premise container workloads continuing to be prevalent, Knative may offer a navigable path to run containerize and/or serverless applications without relying on a public cloud offering.

More Charts Worth Your Attention

When doing a “survey of surveys,” it is often difficult to report on all the relevant topics. Three of the studies cited in this article included data about the percentage of workloads running in containerized environments, but we have chosen not to write about the subject. We have avoided discussing the adoption of specific container orchestration platforms. Surveys continue to indicate that Docker Swarm and Amazon ECS have many users. Another survey, this one conducted in Fall 2018 by DivvyCloud, is useful because it reports on both the cloud providers and container orchestrators in use. Applying our previous approach to measuring the success of Kubernetes-as-service offerings, we continue to see Google converting a higher percentage of its cloud customers into users of its CaaS offering.

DivvyCloud’s “State of Enterprise Cloud and Container Adoption and Security”. Another question found that 75% are using AWS as a cloud provider, with 68% using Microsoft Azure and 25% using Google Cloud Platform.

Source: “Streaming Data and the Future Tech Stack.” Container orchestration is more likely to be used with applications that incorporate stream processing. 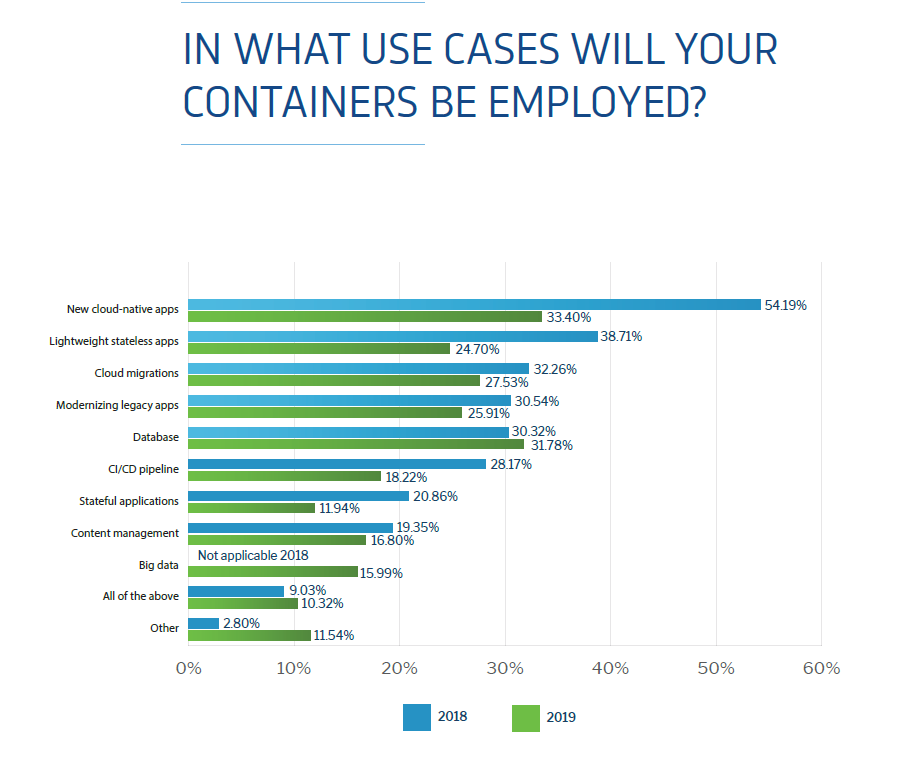 Source: Diamanti’s “Container Adoption Benchmark Survey”. New cloud-native apps dropped from 54% to 33%. In general, the drop in several categories is because respondents checked off fewer boxes in this “select all” question. Respondents are not are losing interest in cloud-native infrastructure, but may instead have a more narrow view of what cloud native means. Furthermore, the drop in both lightweight stateless and stateful applications is not because adoption has dropped, but rather because “state” is no longer being used as a catch-all term.

The New Stack is a wholly owned subsidiary of Insight Partners, an investor in the following companies mentioned in this article: Docker, Aqua Security.